Mysteries :  The Official GrahamHancock.com forums
For serious discussion of the controversies, approaches and enigmas surrounding the origins and development of the human species and of human civilization. (NB: for more ‘out there’ posts we point you in the direction of the ‘Paranormal & Supernatural’ Message Board).
Welcome! Log In• Register
Go to: Forum Home•Board•New Topic•Search
Re: Mesopotamian Origin of the Egyptian Serekh Palace Facade Building
Author: Thanos5150 ()
Date: February 21, 2020 04:12PM
Auguste Mariette, excavations at Saqqara (photo 1878 Voyage dans la Haute Egypte): 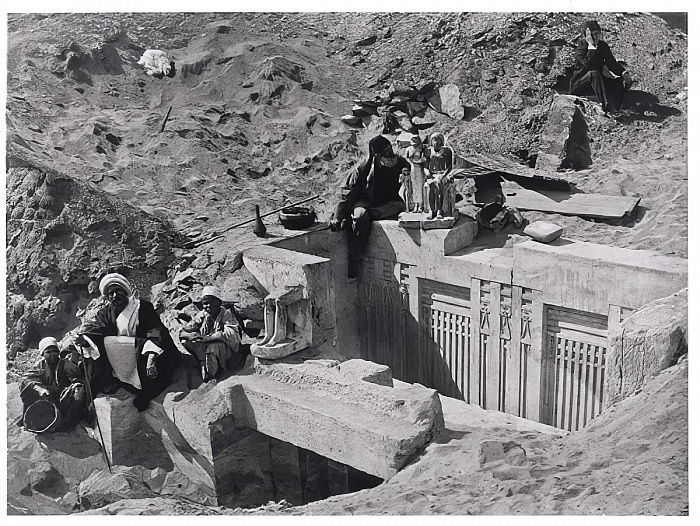 A splendid example of the palace facade building, yet interestingly incorporated into the outer facade of the vestibule. It would be great to know which mastaba this is, but from the looks of the statuary and general I assume this dates to the 5-6th Dynasties.