Mysteries :  The Official GrahamHancock.com forums
For serious discussion of the controversies, approaches and enigmas surrounding the origins and development of the human species and of human civilization. (NB: for more ‘out there’ posts we point you in the direction of the ‘Paranormal & Supernatural’ Message Board).
Welcome! Log In• Register
Go to: Forum Home•Board•New Topic•Search
Re: Mesopotamian Origin of the Egyptian Serekh Palace Facade Building
Author: Thanos5150 ()
Date: March 22, 2019 05:27AM
Hi James.

Yeah, it has definitely become a journey. When I went to Egypt, almost 20yrs ago now, I was fascinated by the architecture of Saqqara. It seemed more Mesopotamian than Egyptian to me and I have been following this path ever since. Not as dumb as I look apparently.

> VERY interested to know a bit more about your
> statement earlier in the thread: 'Djedefre and
> what he found at Abu Roash.'
> If you have time &/are so inclined to flesh it out
> a little Lee that would be ace.
> -be gentle though, you know I'm not the most shiny
> penny in the purse! :)

Lol. No worries James. Thanks for asking.

Abu Roash has a substantial history, none more so perhaps than the early Dynastic Period, namely the 1st Dynasty. It is in the middle of nowhere and yet it was important to the DE long before Djedefre came and ultimately why I think he went there. There is a reason he forsake Giza for Abu Roash made even more puzzling by the fact he obviously had an amicable relationship with his father, Khufu, yet still choose to build (refurbish as the case may be) far away at Abu Roash. Just as much as there is no reason he would not build at Giza, there must have been a reason he went to Abu Roash which I believe was the history there. I am of the opinion Abu Roash was never meant to be a pyramid and like Zawyet El Aryan was something else, perhaps an observatory of sorts, in which both are older than they are ascribed, something I note appears to be corroborated (at Abu Roash at least) by RCD.

As I have noted here: G1 and the Boat Pits of Djedefre, and elsewhere, Djedefre was responsible for the boat burial revival, something that had been abandoned since at least the 2nd Dynasty if not the 1st. He is also the 1st pharaoh to incorporate sun god RA/RE into his name, Djedefre, a meaningful shift in ideology. As I said, very early in my research so I could be wrong, but from what I have seen so far, which is kind of a lot, it also appears to me the OK fascination with the palace facade building came to bloom in or around his reign which at the very least I would say it seems clear this happened sometime in the middle of the 4th Dynasty regardless. All things considered, Dejedfre was an odd fellow who obviously followed an unconventional path which I believe was at least in part because of a fascination with, and perhaps new interpretation of, the past.

I believe it was what he found at Abu Roash from the early Dynastic Period that drew him there-important enough to forsake his rightful burial place at Giza. There is a large 1st Dynasty necropolis at Abu Roash including as I have just verified now-palace facade mastabas (yayyy me)., as well as boat burials (there are others, but a few more were recently discovered: HERE). 1st Dynasty artifacts were also found near the "pyramid" itself which gives further credence to the idea at least in some form it is older than attributed.

From the link above regarding the palace facade mastabas:

The Early Dynastic tombs discovered at the M Cemetery are elite mas-taba tombs with mud-brick superstructures, their façades decorated with recessed niches (see Tristant 2008a). They are massive structures comparable to fortified walls. Possibly the largest and best-preserved Dynasty 1 mastaba on the plateau, M07, was nearly 30 m long and20 m wide. When Montet excavated it, the walls were partially preserved to nearly 1 m in height (Fig. 4). Niching on the mastabas is similar to that of the earliest serekh panels or stylised representations of the palace façade. The mud-brick walls were plastered with mud and decorated with coloured paintings. The substructures of the tombs were cut into the rock (Fig. 5) and consist of an open pit and side chambers. 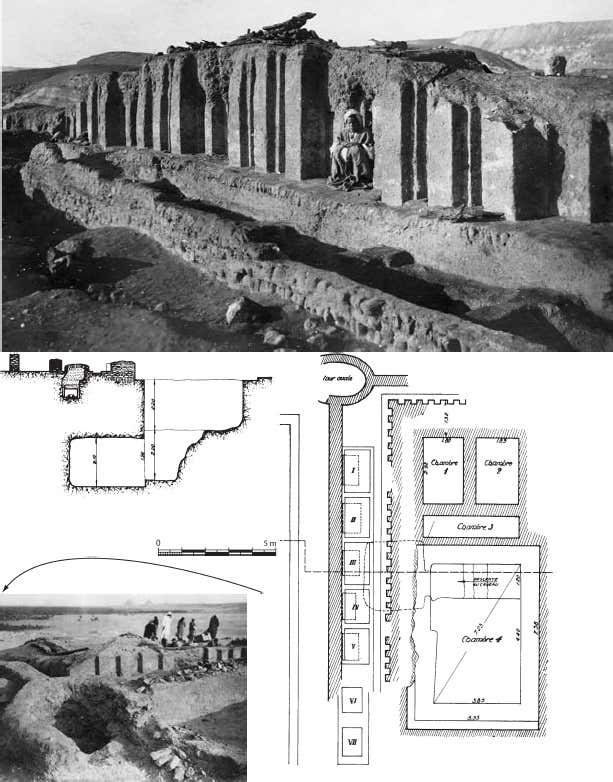 Abu Rawash is clearly an important site. If we consider it within the context of the Memphite area during the first half of Dynasty 1, the people buried at the M Cemetery appear to have belonged to the highest class of society. The closest comparable site is North Saqqara, which contained tombs belonging to the very highest rank of people, possibly members of the royal family. In design and arrangement, the palace façade mastabas of Abu Rawash generally follow the better documented examples excavated at Saqqara, although some features give the impression of a less elevated status for those buried at Abu Rawash.


Seek and ye shall find James.

Thank you again for asking the question.