Mysteries :  The Official GrahamHancock.com forums
For serious discussion of the controversies, approaches and enigmas surrounding the origins and development of the human species and of human civilization. (NB: for more ‘out there’ posts we point you in the direction of the ‘Paranormal & Supernatural’ Message Board).
Welcome! Log In• Register
Go to: Forum Home•Board•New Topic•Search
Re: The Ankh
Author: Thanos5150 ()
Date: November 26, 2016 06:15PM
Hi Willie.

If you look on above near the other guy on the left there is a depiction a palace facade fort. Given the symmetrical placement placement in the same register it would seem these symbols are related to what is happening to these men.

> You had mentioned the Ankh was either shown as a
> ribbon on occasion, or shown w/ a ribbon,

As a ribbon. Example, 1st Dynasty:

> (can't recall correctly) but thought that this symbol may
> be the precursor to the Ankh.
> Also, do you know
> the earliest use of the Ankh?

I do not know the earliest attributed example, but it is well attested in the 1st Dynasty. The symbol in the NP is superficially similar but seem fundamentally different to me for one to have come from the other. Interesting thought though.

Unrelated, but while it is on my mind:
Serekh of the 1st Dynasty pharaoh Qa'a: 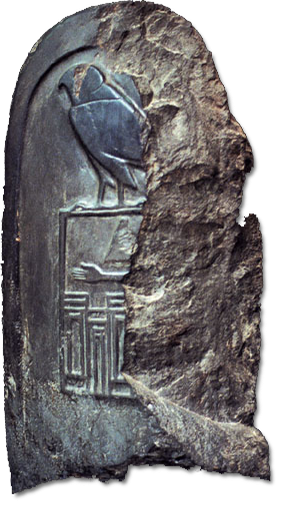 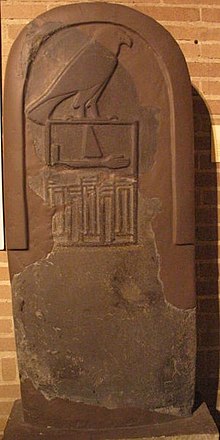 Granted, the pyramid shaped object is typically depicted as a scalene triangle than an actual pyramid.