Author of the Month :  The Official GrahamHancock.com forums
Join us at this forum every month for a discussion with famous popular authors from around the world.
Welcome! Log In• Register
Go to: Forum Home•Board•New Topic•Search
Re: The Great Year
Author: Barbelo ()
Date: August 15, 2019 09:32PM
According to the Binary Research Institute, an observer on a planet in a binary system would notice a change in orientation at a rate commensurate to the orbit period around the common center of mass. With minor local effects and no eccentricity, this type of change in orientation at 50 minutes per year would equate to an orbit periodicity of 25,920 years. (1,296,000/50 = 25,920).

In 1894, about the same time that the great astronomer Simon Newcomb gave us a precession formula with a constant of .000222 p/y (designed to predict changes in the precession rate), an Indian astronomer, Sri Yukteswar, explained that the moving equinox (precession) was a result of a moving solar system and he gave us a binary orbit periodicity of 24,000 years, with apoapsis at 500 A.D. 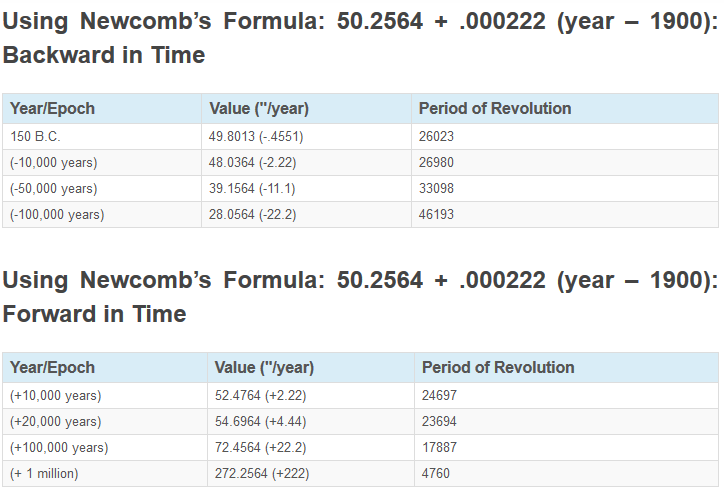