Author of the Month :  The Official GrahamHancock.com forums
Join us at this forum every month for a discussion with famous popular authors from around the world.
Welcome! Log In• Register
Go to: Forum Home•Board•New Topic•Search
Re: Sperm cells and microscopes
Author: Robert Jameson ()
Date: July 10, 2018 12:51AM
Andrew Collins wrote:
Can you give a specific example of a monument and I will tell you which influences I think came to bear on its construction. 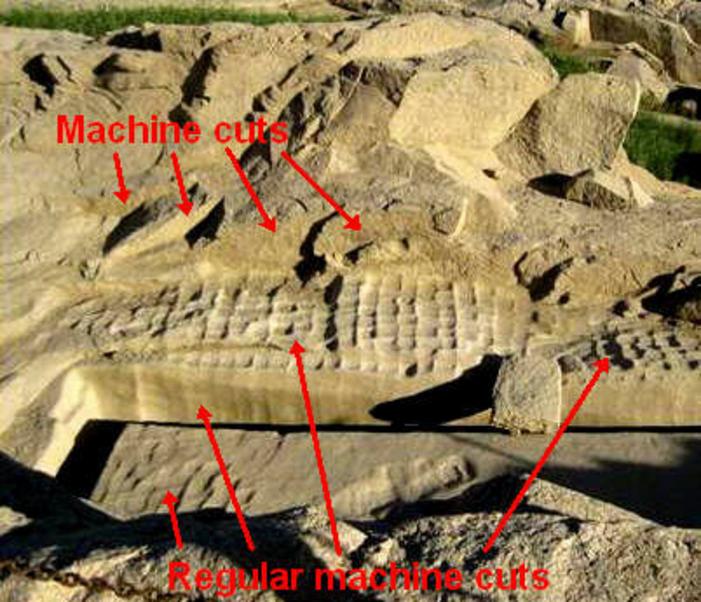 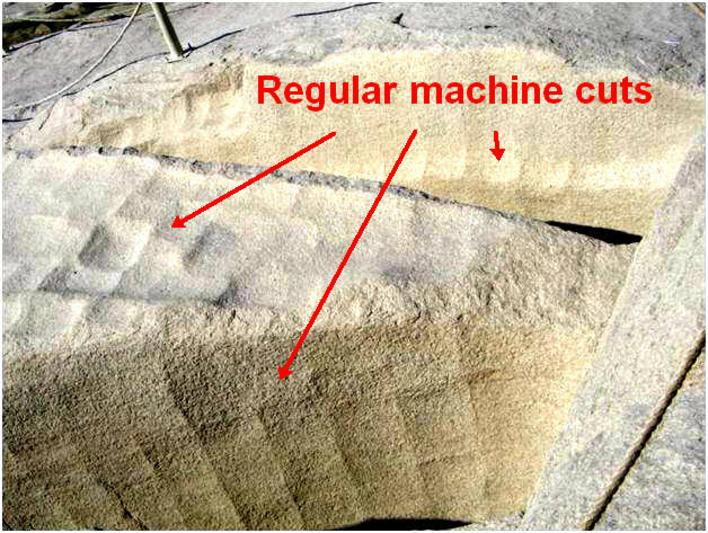 It seems to me the above scoop marks could only have been made by very advanced stone cutting equipment. Yet it is claimed by Egyptologists that the granite was removed by workers grinding away with dolomite balls. However there could only have been about 100 workers engaged at a time (50 down each side of its 42mtr length). Thus it would have taken thousands of years to free the obelisk. And workers with hand held dolomite balls would not have left such well-defined scoop marks. Also; the obelisk is estimated to weigh 1,200 tonne. So, prior to the invention of the wheel and hydraulic cranes, how did they plan to lift it out of the quarry and transport it? 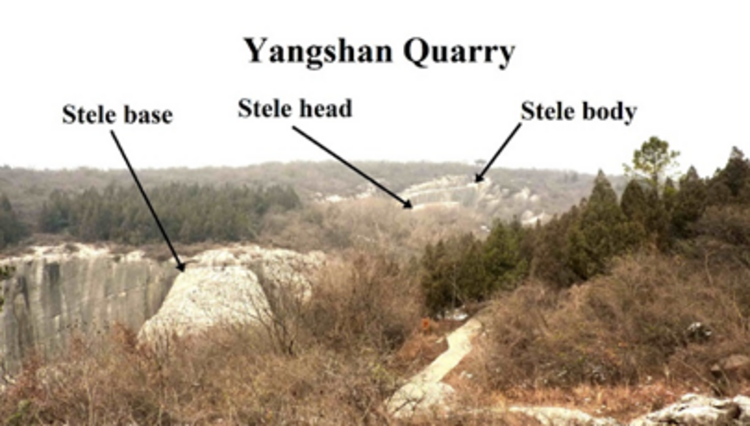 The Yangshan Quarry is located 15 - 20 km east of the eastern part of Nanjing City Wall and the Ming Xiaoling Mausoleum. It is in the District of Jiangning, Jiangsu Province. Over the centuries the site has supplied building material for the City of Nanjing but in recent times it is most noted for the three large megaliths remaining in the quarry.

The head and body of stele 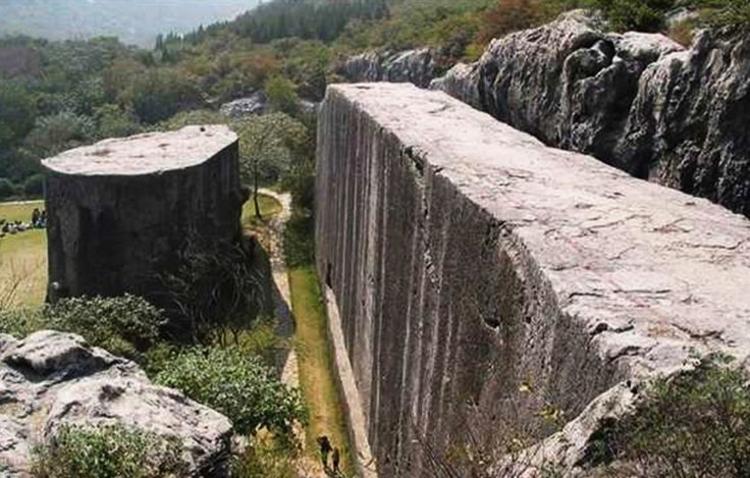 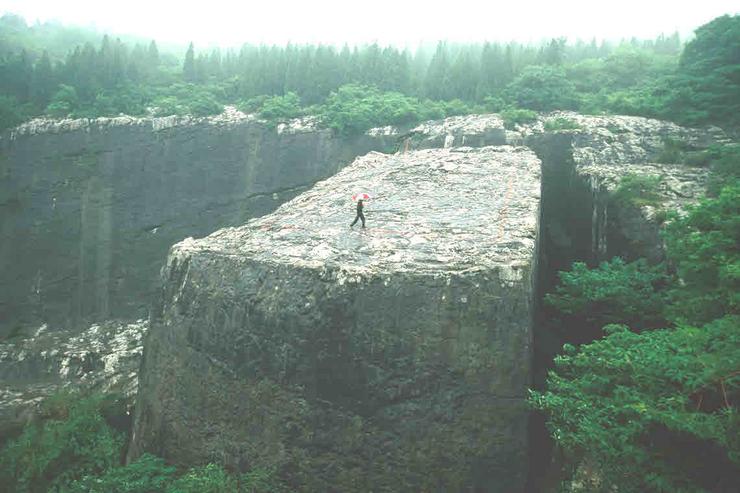 We are told the megaliths were intended to form a stele in honour of the Hongwu Emperor Zhu Yuanzhang. It is said that in 1405 the Yongle Emperor, the fourth son of the late Zhu Yuanzhang, commissioned the project. The monument was to be located in the Ming Xiaoling Mausoleum with the three stone megaliths to form the base, body and head of a gigantic stele.
If the stele had been erected as the above plan suggests; (i.e. installing the body vertically on the base with the head resting on top,) it would have been 73 meters tall.

We are told, after the carving of these three enormous megaliths, the engineers realised the stones were too heavy to move and the project was abandoned. 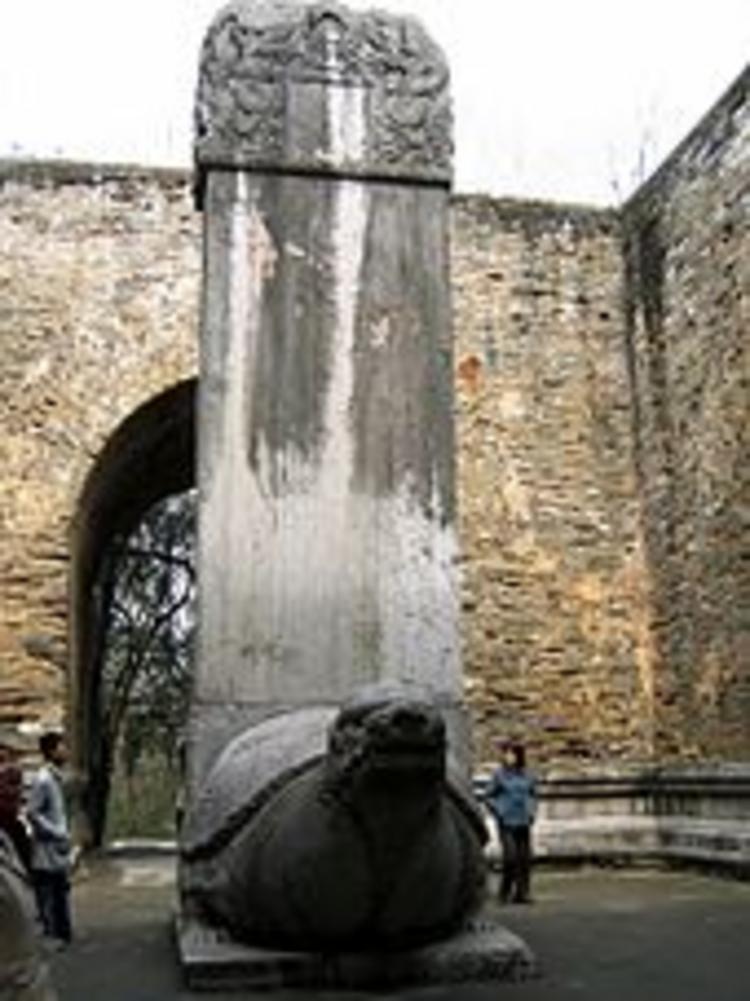 The above 8.78 meter high Shengong Shengde monument was subsequently installed in Ming Xiaoling's "Square Pavilion" in 1413.

This is ridiculous. It is impossible to believe the people of that era, somehow had the ability to carve such huge monuments, but did not realise the largest of the megaliths would be hundreds of times heavier than they could transport.