Another co-incidence (occupation of the same space): assuming you were born in the United States; you share the birthdate of approximately 11,297 of your fellow citizens. 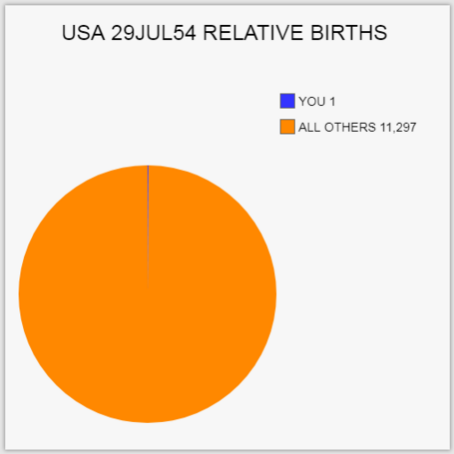