Paranormal & Supernatural :  The Official GrahamHancock.com forums
For discussions of everything that might be classed as ‘paranormal‘ - i.e. not currently accepted by our modern scientific paradigm.
Welcome! Log In• Register
Go to: Forum Home•Board•New Topic•Search
Re: Flat Stationary Earth - A VERY VERY OLD CONCEPT
Author: Vanya ()
Date: March 15, 2018 01:39PM

I have discovered the earth is flat.


I'm sorry to disillude you but such "discovery" has been done many millennia ago.

The flat Earth model is an archaic conception of Earth's shape as a plane or disk. Many ancient cultures
subscribed to a flat Earth cosmography, including Greece until the classical period, the Bronze Age and Iron
Age civilizations of the Near East until the Hellenistic period, India until the Gupta period (early
centuries AD), and China until the 17th century. That paradigm was also typically held in the aboriginal
cultures of the Americas, and the notion of a flat Earth domed by the firmament in the shape of an inverted
bowl was common in pre-scientific societies.

In western countries the Biblical cosmology, in the Old Testament period, Earth was most commonly thought of as a flat disc floating on water. 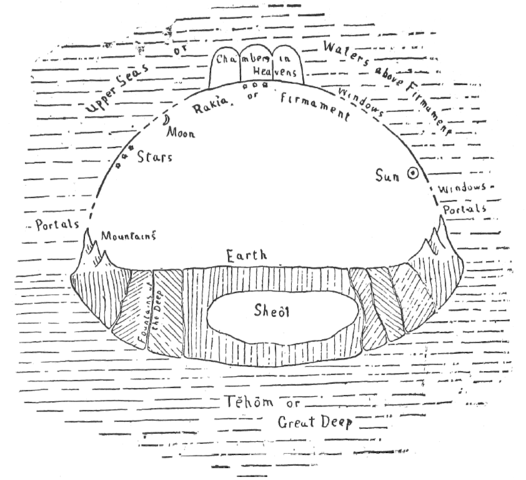 Back to nowadays, if we can write and read on this GHMB forum, it is because internet connections between continents
is due to the presence of so called Geo-static Satellites which not only allowed internet covering
all the world but also TV, Radio, mobile phones, GPS signal which allowed navigator on vehicles, ships,aircrafts etc.
Other satellites provide information on eveolution of the weather and so allowed weather forecast, foreseen
huirricane and twisters, etc.

I guess that you are aware of the existence of the ISS (International Space Station) which has Always a
presence on it of minum 3 - till 6 Astronauts.

Conclusion:
during these 61 years all phooto shooted from satellites and ISS clearly shown that the Earh is a sphere, as it was
understood since more than 2.600 years ago by: Pythagoras in the 6th-century BC and Parmenides in the 5th-
century stated that the Earth is spherical, the spherical view spread rapidly in the Greek world.
Around 330 BC, Aristotle maintained on the basis of physical theory and observational evidence that the Earth was spherical, and reported on an estimate on the circumference.
The Earth's circumference was first determined around 240 BC by Eratosthenes.

So became into a real world and stop to see manipulated and re-builded Yutube video - well todays we use the
term "fake videos", and start to read books instead. Your brain will be very grateful to you.