Inner Space :  The Official GrahamHancock.com forums
For discussions on all matters relating to personal development, religion, philosophy, psychology and so on.
Welcome! Log In• Register
Go to: Forum Home•Board•New Topic•Search
Silt Jetties or Stairways to Heaven?
Author: Robert Jameson ()
Date: November 04, 2018 01:02PM
In a post to this forum (March 2017) I discussed what I believe is Earth’s Reproductive Chakra. Refer: [grahamhancock.com] 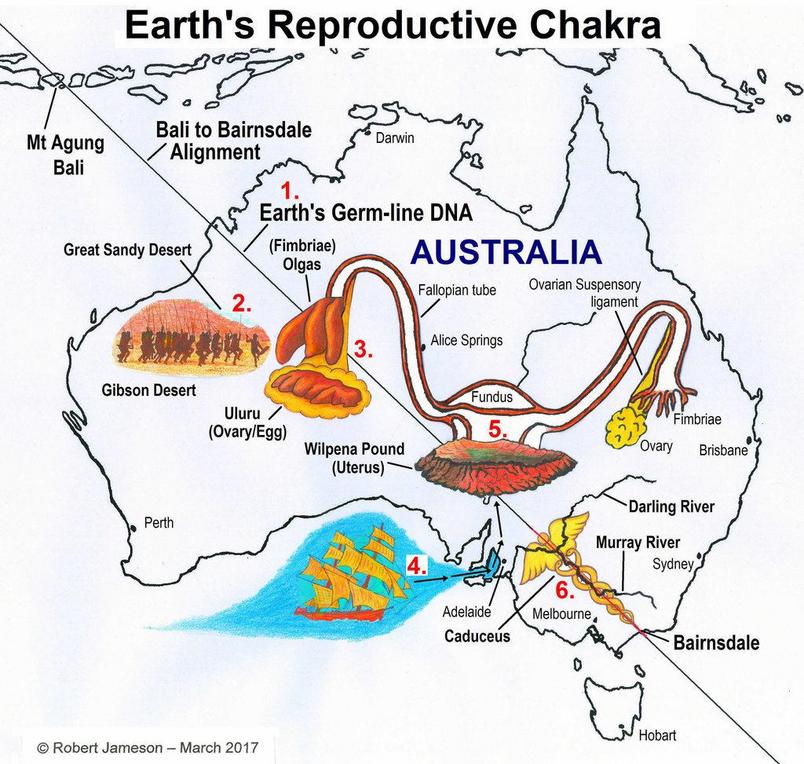 The above image outlines 6 points on the Australian Continent that reference to the human reproductive system. Briefly put these are:

2. Selection of female egg (before meiosis) – The Great Sandy Desert.

In this earlier presentation it was suggested that Earth’s Reproductive Chakra terminated at Bairnsdale – with the Robert Coon female energy line continuing its journey across the Pacific Ocean where it intersects with the male energy line at Lake Titicaca in Peru, South America.

Following we note the geological features of the Mitchell River and the Silt Jetties suggest at transition to an afterlife.

Many people who have had a near death experience claim they recall being in a tunnel and seeing a light in the distance. Images that attempt to depict these events are many: 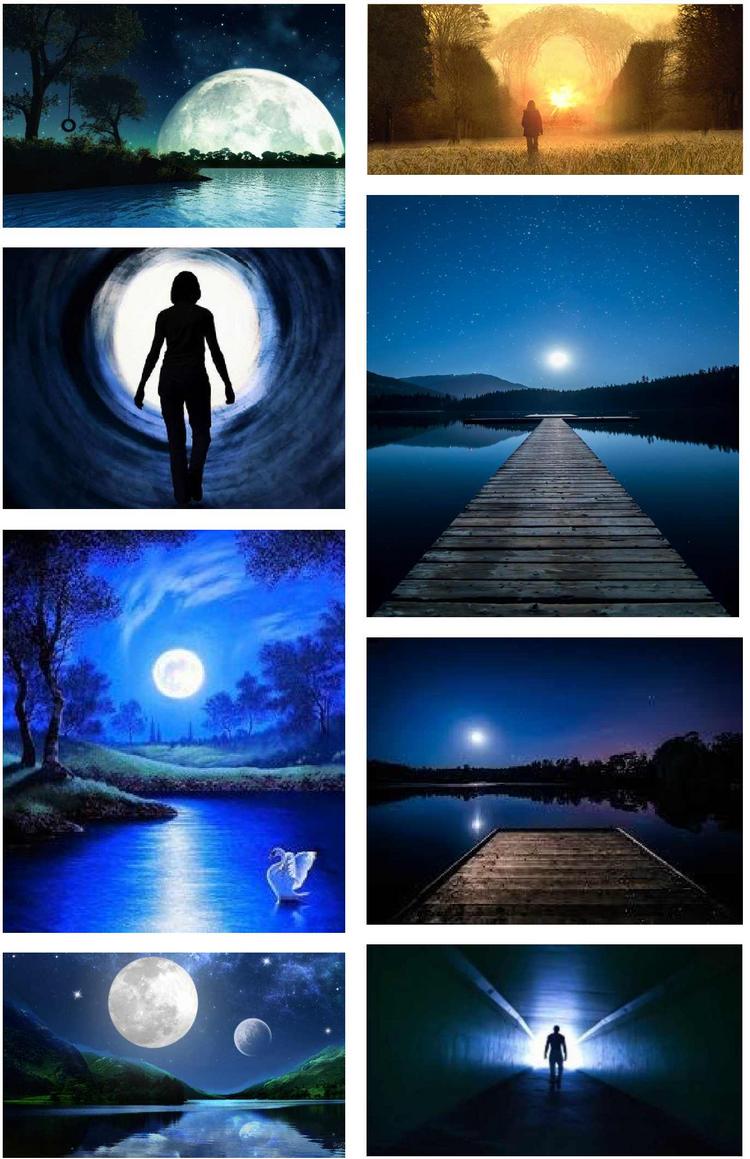 Here we suggest the Eagle Point Bluff references to the light – and the Silt Jetties the transition to an afterlife. Refer images below: 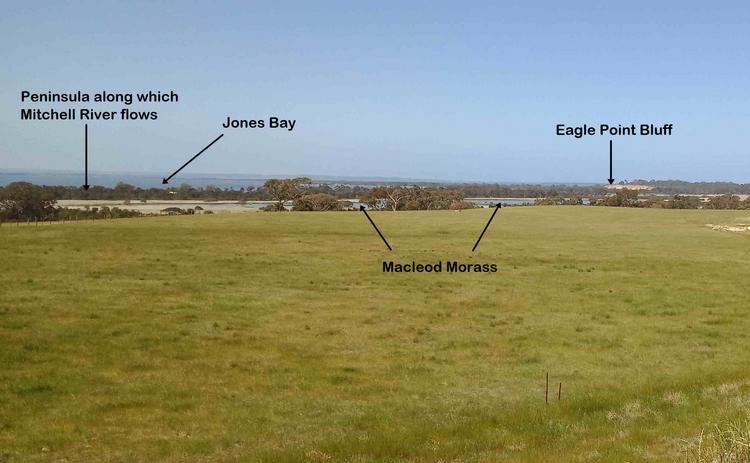 The above photo was taken west of the Mitchell River and the Mcleod Morass at a distance 3.9 klms from the Bluff.

Below we observe the Bluff from east of Mitchell River. 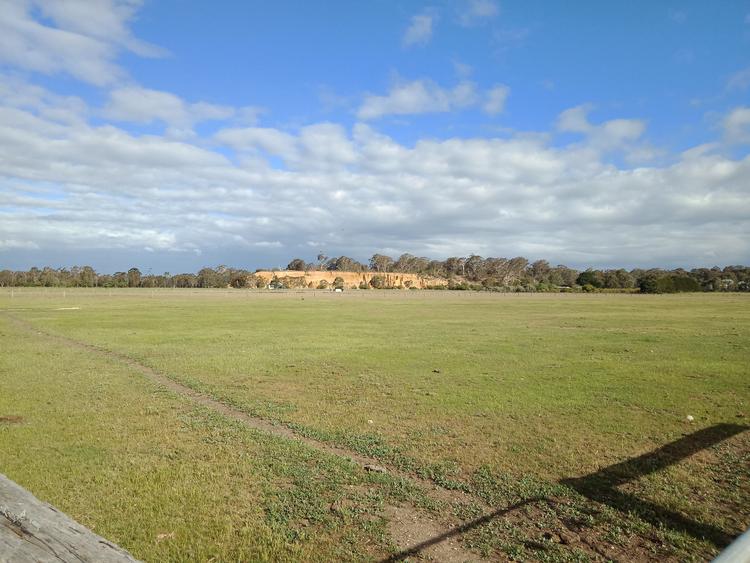 The above photo was taken east of the Mitchell River at a distance 760 metres from the Bluff.

Below we see the Buff from the opposite bank of Mitchell River. 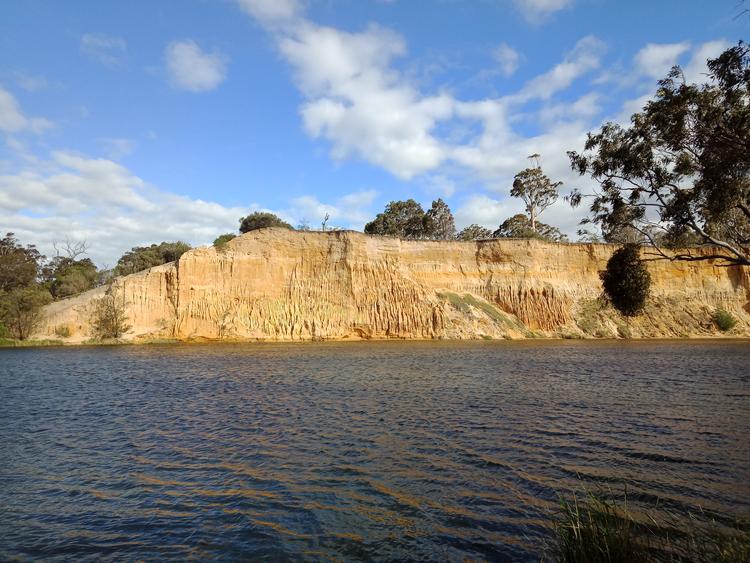 View of Mitchell River from top of Bluff 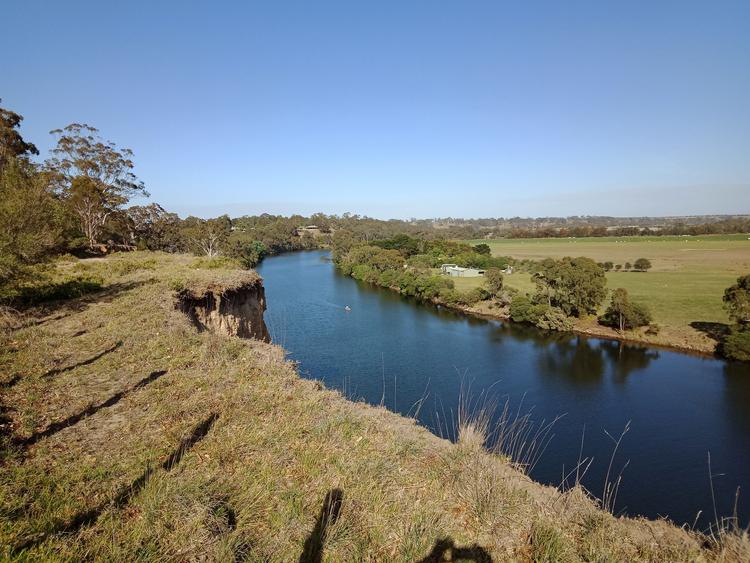 Moving towards the light 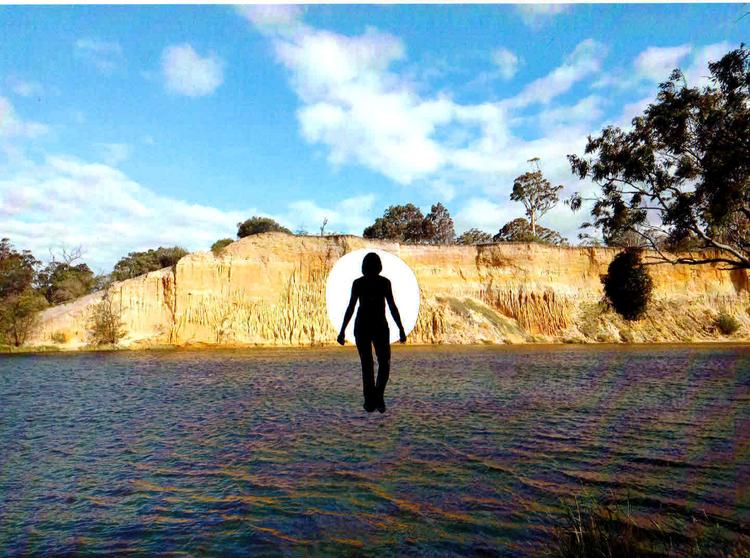 So what about the Silt Jetties?