Science & Space :  The Official GrahamHancock.com forums
For all that is Scientifically related to Cosmology and Space. (NB: Please take discussions about UFOs, possible Alien contact, Crop-Circles, Alien Abductions, Planet-X and Niburu to the ‘Paranormal and Supernatural’ Message Board).
Welcome! Log In• Register
Go to: Forum Home•Board•New Topic•Search
The Silurian Hypothesis
Author: Race Jackson ()
Date: April 16, 2018 08:11PM
"If an industrial civilization had existed on Earth many millions of years prior to our own era, what traces would it have left and would they be detectable today?"

Proposed: that it is possible that at least once an ancient civilization millions of years ago existed. See: The Silurian Hypothesis

"...for all the dinosaurs that ever lived, there are only a few thousand near-complete specimens, or equivalently only a handful of individual animals across thousands of taxa per 100,000 years. Given the rate of new discovery of taxa of this age, it is clear that species as short-lived as Homo sapiens (so far) might not be represented in the existing fossil record at all. The likelihood of objects surviving and being discovered is similarly unlikely...the current area of urbanization is <1% of the Earth's surface...exposed sections and drilling sites for pre-Quaternary surfaces are orders of magnitude less as fractions of the original surface. Note that even for early human technology, complex objects are very rarely found. For instance, the Antikythera Mechanism (ca. 205 BCE) is a unique object until the Renaissance. Despite impressive recent gains in the ability to detect the wider impacts of civilization on landscapes and ecosystems (Kidwell, 2015), we conclude that for potential civilizations older than about 4 Ma, the chances of finding direct evidence of their existence via objects or fossilized examples of their population is small."

Read the hypothesis for details on comparisons of geological events that have similarities to current human impacts on the planet, including increased CO2 production, oceanic anoxia, etc. What is found is that yes, there is evidence in the geological record that planetary changes SIMILAR to those of the current Anthropocene signature exist. It has been assumed those were natural in nature. What if some of them were not? 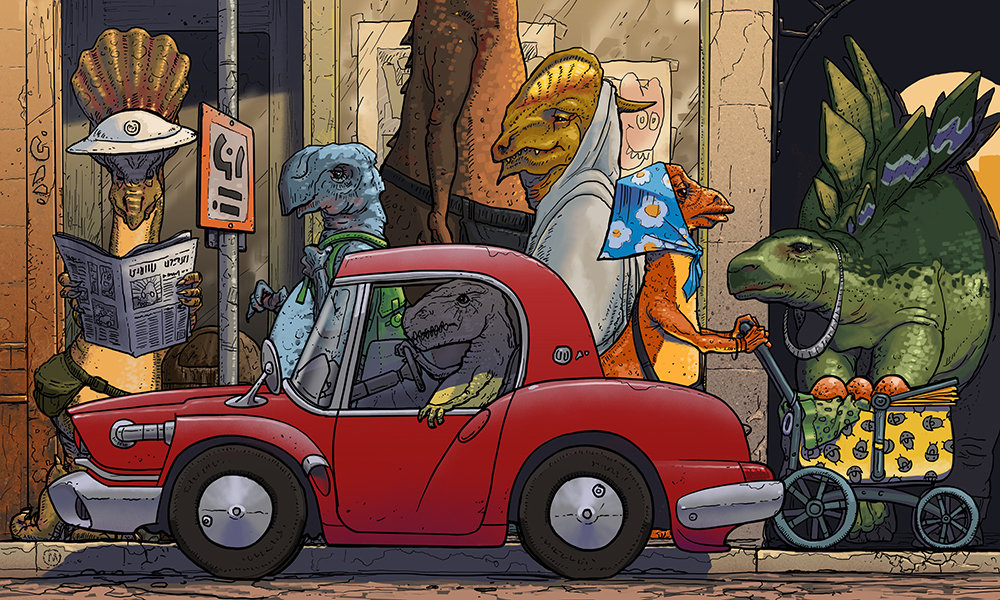