Mandatory 5 year contraceptive implants
> for
> > all females in the US who receive more than
> half
> > their income from social services would cause
> more
> > gradual decline in population.

Yeah, they're white, followed closely by Latinos. And yet, it's going to be blacks and Latinos who bear the brunt of your eugenics experiment, especially if Republicans are in charge. Because that's the history of this country.

The last time I checked, neither children nor the elderly needed mandatory 5 year bans on childbearing.

Here's an interesting infographic regarding this issue, Clinton voters vs. Trump voters. 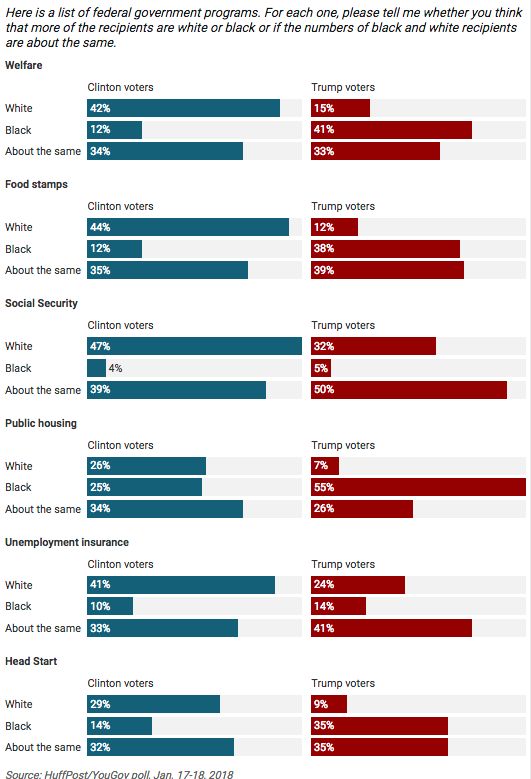 Be honest here. Most people when they hear the term "welfare queen" automatically think of a black woman with 10 kids. Ronald Reagan made sure that's what people though of.


Stupidity is knowing the truth, seeing the truth but still believing the lies. And that is more infectious than any other disease. ~ Richard Feynman