Global Village :  The Official GrahamHancock.com forums
For good-natured and mutually-respectful discussions of politics and current affairs. Soap-boxing and the promotion of extremist causes motivated by hate will not be tolerated by our moderators.
Welcome! Log In• Register
Go to: Forum Home•Board•New Topic•Search
Background on the "Yellow Jackets"
Author: Race Jackson ()
Date: December 08, 2018 01:19AM 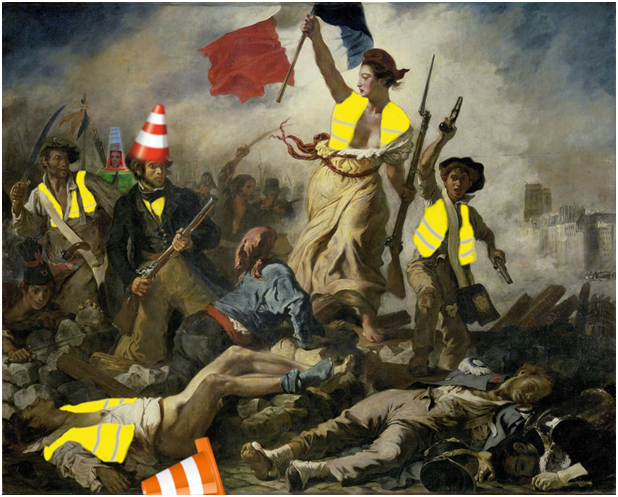 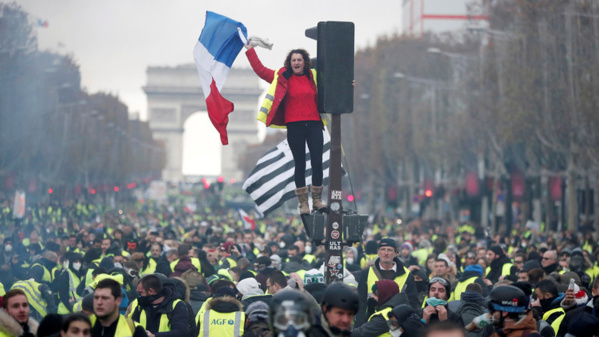 Who are the "Yellow Vests?"

They aren't Parisians, or big-city folks at all. These are small- and mid-sized town, working-class people from 'flyover' France, who absolutely need a car to get to work. Retirees too, who've seen their pensions decline under Macron. They are low-income, blue-collar, patriotic in a country that sneers at patriotism. They are also overwhelmingly native French.

What started the movement?

Fuel taxes. As part of its 'ecological transition,' France is trying to phase out fossil fuels and power itself with 'clean energy.' 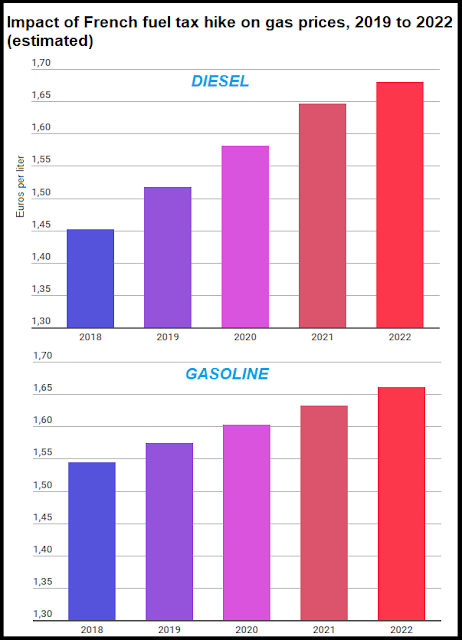 The French are already some of the most taxed people on the planet. Almost 50% of their GDP is made up of taxes of one kind or another. Unemployment is stuck chronically around 10%, purchasing power is falling, and people today fear their kids will live less well than they did.

This tax was, in a sense, the straw that broke the camel's back.

Where are they protesting?

Paris is the focus of the world press, but in reality this is not a Parisian movement at all. This is small-town, flyover France to the core. That is where the real Gilets Jaunes can be found: 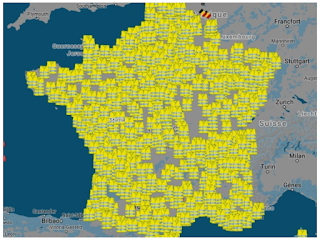 How is the government reacting?

Interior Minister Christophe Castaner has said 'We've screwed up.' In not listening to the anger of the Yellow Vests? Not at all. 'We haven't communicated well, we haven't explained properly why we all need to reduce our petrol use.'

Macron is getting dangerously close to a Marie Antoinette moment: According to Macron, there'll be no 'moratorium' on the gas hike planned for January 1st. 'People are expecting me to bend, but you can't be pro-environment on Monday and then anti-gas-tax on Tuesday.' He tried to blame his predecessors and their '40 years of small decisions,' and called for a 'great dialogue on the ecological transition, to transform this anger into solutions.'

In a nutshell, 'Let them eat cake.'

Has the next French Revolution begun?

No one knows. As the days go by, things seem to be intensifying. Regional protests began peacefully. Some elected officials have even lent their support. But some Yellow Vests are radicalizing.What happens next? It truly is anyone's guess, as the general feeling in France is that we have officially reached terra incognita. We shall keep updating, as things are moving fast. 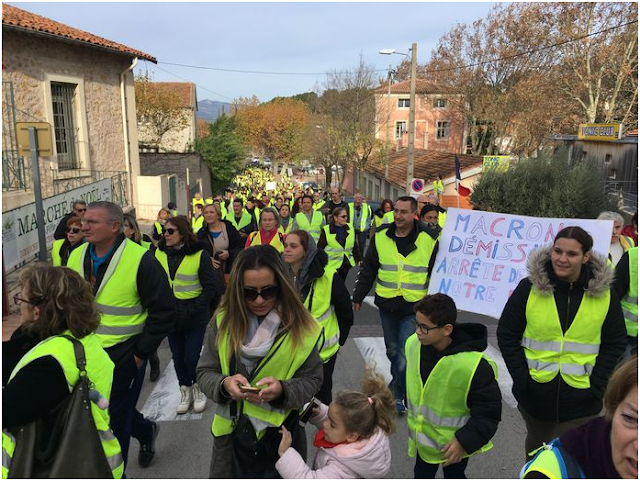 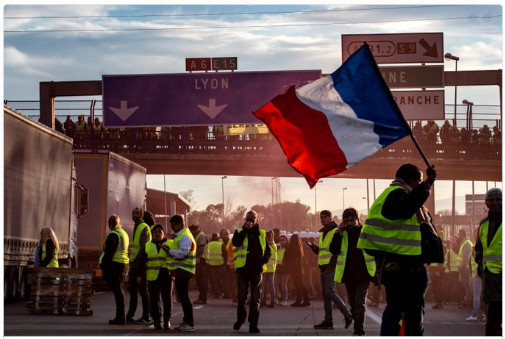 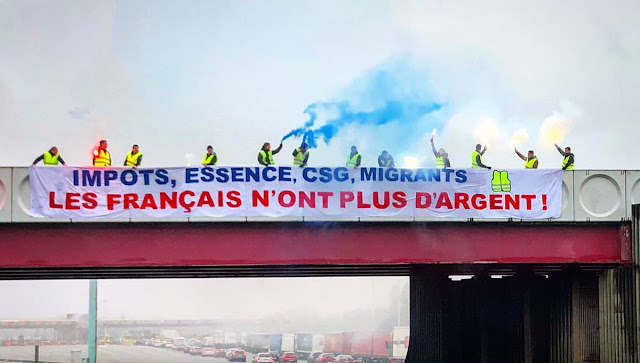 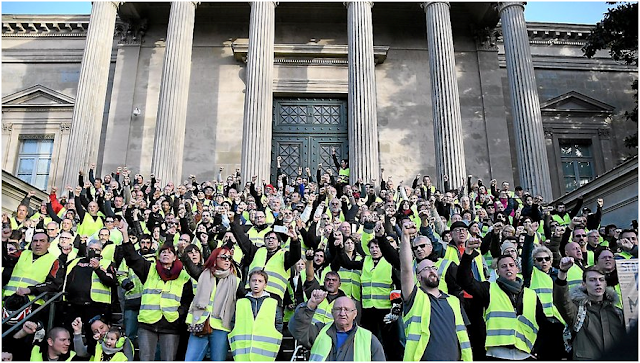 Tourist attractions and museums in central Paris have said they will not open on Saturday, when fresh gilets jaunes (yellow vests) protests are planned, as French authorities prepared to deploy 89,000 security personnel across the country.

“France is fed up!! We will be there in bigger numbers, stronger, standing up for French people. Meet in Paris on Dec 8,” said one group’s banner.