History :  The Official GrahamHancock.com forums
For the discussion of general and orthodox history from the advent of writing up to mid 20th Century, i.e. 3,200BC up to World War II.
Welcome! Log In• Register
Go to: Forum Home•Board•New Topic•Search
Re: Which Way?
Author: Milo ()
Date: October 17, 2013 01:20PM
Thunderbird wrote:

> Have posted recently on HG Wells - The Shape of Things to
> Come.

> wherein he enlarges how the 3 religions must/should be brought
> into extreme tension and ended....before the full global gov
> can reign.
>
> He mentions Zionism would be applied 1st to tension the world
> towards
> Judaism and the Jews,
> with the Same* application used to bring Christianity and Islam
> into tensions each and all....
>
> So then Milo....
>
> If the Church is already divided amongst itself....
>
> if it has this legacy of coming out from one which is now
> rejected
>
> and then Islam is similar house divided....
>
> this is all* intrigues of the mind....and of command.

There's nothing new here that we don't already know. Revelation describes the Harlot as riding on a beast, and the beast will devour her, hence the calling of a loud voice out of heaven to "Get out of her":

"After these things I saw another angel descending from heaven, with great authority... and he cried out with a strong voice saying: 'She has fallen! Babylon the Great has fallen!'

And she has become a dwelling place of demons and a lurking place of every unclean exhalation and a lurking place of every unclean and hated bird! For because of the passion arousing wine of her fornication all the nations have fallen victim, and the kings of the earth committed fornication with her, and the travelling merchants of the earth became rich due to the power of her shameless luxury. And I heard another voice out of heaven say, 'Get out of her my people, if you do not want to share in her sins and if you do not want to take part in her plagues. For her sins have massed together clear up to heaven and God has called her acts of injustice to mind. Render to her even as she herself rendered and do to her twice as much, yes, twice the number of things she did; in the cup she put a mixture put twice as much of the mixture for her. To the extent that she glorified herself and lived in shameless luxury, to that extent give her torment and mourning. For in her heart she keeps saying, 'I sit a queen and I am no widow and I shall never see mourning. That is why in one day her plagues will come, death and mourning and famine and she will be completely burned with fire, because God, who judged her is strong.' " - Revelation 18:1-8


"The idea that God had a mother began with the introduction of the Greek word "theotokos" meaning "God-bearing" as related to Mary. The Latin wing of the church supported this. The Eastern wing protested. Not until the Council of Chalcedon in 451AD was the Church of Rome able to insert this word into doctrinal statements. The true God has no mother and no beginning. Only pagan deities have mothers. This concept originated in Babylon." (Alexander Hislop, "The Two Babylons")

Above is a bronze papal medal (Mazio #585) of Pope Leo XII, minted to commemorate the second year of his reign, the jubilee year of 1825. Here, as in Revelation quoted above, the Roman Catholic Church is portrayed as a woman seated on the globe with a cup in her hand. The inscription on the reverse reads "SEDET SUPER UNIVERSUM", declaring that her seat of authority is universal, i.e., over the entire globe. The Mystery Woman, described in Revelation, also declares dominion over all the rulers of the world. 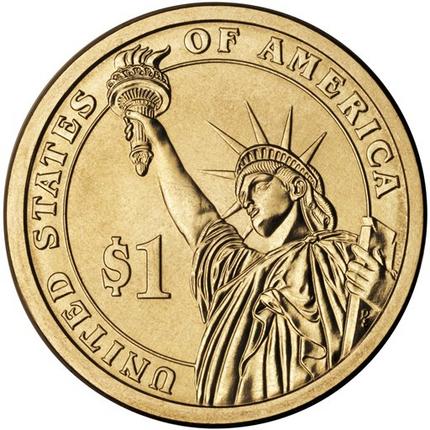 > Lover expands upon our past conversation concerning mind of
> man,via the narrative from the Time Machine.
>
> The Uber Morlock can read our minds...
>
> In the movie.....the U-M motions that his cast could not remain
> on the surface,
> so they bred into casts....and his focused on expanding their
> cerebral abilities.
>
> Have noticed others here at GHMB marking the mind control of
> these 3 religions upon mankind.
>
> Those who defend their sect of Christianity
>
> have read those who defend Judaism at times.
>
> its very similar to the political intrigues and the toxic
> outcome that always becomes.

Coincidentally, I watched "The Time Machine" (1960) very recently and bought Wells's short story, but those that defend Churchianity are not defending the teachings of Christ because no where in the original translation of the Bible does the word "church" appear. The word "church", as you probably know, etymologically derives from the Pagan goddess Circe.

The U-M remind me of the people in E. M. Forster's short story "The Machine Stops". In this story, humanity is driven underground after a cataclysmic event where they worship the machine, the book that is a manual for the machine, and the intellect, in isolation cells. The global Machine performs every task and supports every aspect of life, both physical and spiritual. Communication is made via a kind of instant messaging/video conferencing machine called the speaking apparatus, with which people conduct their only activity, the sharing of ideas and knowledge, which sounds very similar to the Internet and communication devices such as Skype, iPads, which is interesting because the novel was written in 1909.

Jesus Christ did state that he was the way, but as aforementioned, he didn't advocate Churchianity. Churchianity is a product of Pagan intellectuals, the wolves in Sheep's Clothing...

"The pagan intellectuals reclothed their original ideas in a garment of christian phraseology but bestowed the keys of the symbolism only upon those duly initiated and bound to secrecy." - Manly P. Hall, The Secret Teachings of All Ages

The U-M are the so-called 'illuminati' and the allegorical kingdom of U-M is the Serpent's NWO that will hope will come after a great global upheaval in politics, religion and finance. The world stage is set for that to happen now, but it's interesting that Churchinaity doesn't teach it's downfall, only the Bible does that and in great detail in the book of Revelation.