Mysteries :  The Official GrahamHancock.com forums
For serious discussion of the controversies, approaches and enigmas surrounding the origins and development of the human species and of human civilization. (NB: for more ‘out there’ posts we point you in the direction of the ‘Paranormal & Supernatural’ Message Board).
Welcome! Log In• Register
Go to: Forum Home•Board•New Topic•Search
The support role and the Leyden Jar experiment on top of the Great Pyramid
Author: spitfire888 ()
Date: July 23, 2009 03:55AM
This has been discussed here on Graham Hancock in the past, but I don't believe anyone has mentioned a amethyst orb at the top of the Khufu pyramid. The other pyramids may have played a supporting role and know that I'm speculating on these matters in reply to your question Sirfiroth. The other pyramids could have been control rooms, support roles and maybe energy connections between them.


Perhaps the other pyramids were support power plants to aid The Great Pyramid which has all types of shafts, with many explanations that have been disputed. Also let’s not forget the Queen’s chamber “By the way which lies directly in the center line of the top of the pyramid and also is online with the lowest chamber called the subterranean Chamber”. As you probably know the King’s chamber is offset from the direct center of the top of the pyramid. 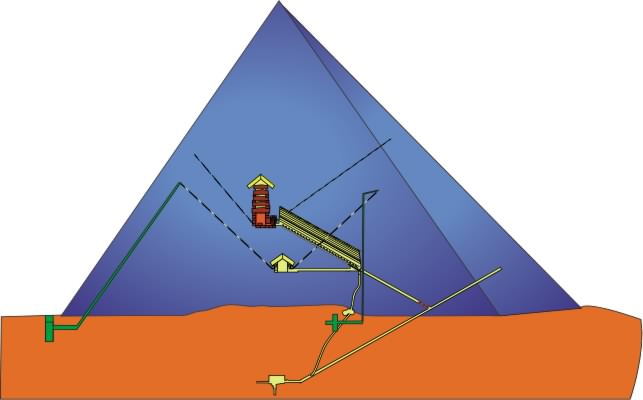 On the back of a dollar bill, you can see a pyramid with a flat top. No one has been able to explain why the Great Pyramid would have been built without a capstone. This is an interesting story associated with a visit to the top of the great pyramid. Many tourists have climbed to the top, which is not an easy journey. One such person was Sir Siemen's, a British inventor. He climbed to the top with his Arab guides. One of his guides called attention to the fact that when he raised his hand with outspread fingers, he would hear an acute ringing noise. Siemen raised his index finger and felt a distinct prickling sensation. He also received an electric shock when he tried to drink from a bottle of wine that he had brought with him. Being a scientist, Siemen than moistened a newspaper and wrapped it around the wine bottle to convert it into a Leyden jar (an early form of a capacitor). When he held it above his head, it became charged with electricity. Sparks then were emitted from the bottle. One of the Arab guides got frightened and thought Siemen was up to some witchcraft and attempted to seize Siemen's companion. When Siemen's noticed this, he pointed the bottle towards the Arab and gave him such a shock that it knocked the Arab to the ground almost rendering him unconscious. When he recovered, he took off down the pyramid shouting loudly. What kind of natural phenomena on the top of the Great Pyramid could produce such an electo-static effect? It would be interesting to conduct additional physics experiments on the top of the Great Pyramid.

In 1993, there was a flurry of excitement around the world when information was released about a remarkable discovery inside the Great Pyramid. German robotics engineer, Rudolph Gantenbrink, who had been contracted to install ventilation fans inside the pyramid, received permission to design a robot to explore the shafts inside the Queen's Chamber. Unlike the shafts leading from the King's Chamber, these approximately eight-inch square shafts had no known exit point on the outside of the pyramid. A complete and thorough account of these explorations can be found at Gantenbrink's own website at [www.cheops.org]

The robot, named Upuaut II (meaning opener of the ways) was equipped with lights, camera and laser pointer, and has received more fame and recognition that any other similarly equipped explorer on the subject. What the robot revealed to the world was a termination point high in the body of the pyramid. The shaft came to a dead end and barring the way was a solid limestone block through which two mysterious copper fittings protrude. 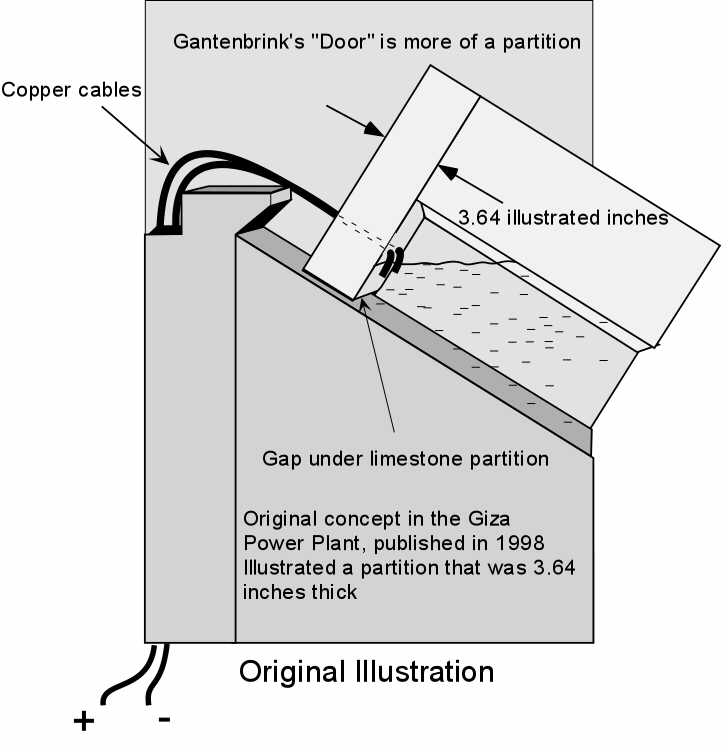