> The math I am performing, has to do with single
> and double incline plains, and the amount of
> square footage required of water (1 cubic foot of
> water = 62.43 lbs.) required to lift an average
> stone of 2,500lbs., on both the Pyramid face, as
> well as, the Causeway. The barges required in such
> an endeavor, need to be able to float, and
> displace enough water, to carry a specific load.
> Their widths are in line with a 13-15 feet
> Causeway Platforms. It's the Math that shapes
> everything.
>
> My illustrations are based on specifics. Ropes
> sizes to handle breakage, a time frame placing one
> stone every 1 minute, within 20 years, ect., ect.,
> ect. I do not leave anything up to chance. When
> completed, you should be able to use Sketchup and
> remove any item, measure it, and calculate it for
> realism. That's my idea, as to illustrating and
> explaining...How the Pyramids were built. An in
> depth study.
>
> Now that may bore the hell out of some
> individuals. Though I feel it is necessary, and
> therefore fixated, on getting it right. I am
> happy, when individuals point out the faults in
> my designs. They are in effect, helping to build a
> plausible presentation.
>
> Here, would you like to help me figure out the
> weight required to overcome the friction, of two
> equal loads, on two separate incline plains, ie.
> the Causeway. And, the space required in cubic
> feet of water, to overcome specific stone loads,
> and the size and minimum load breakage of the
> ropes required? Sound like fun? :)
> 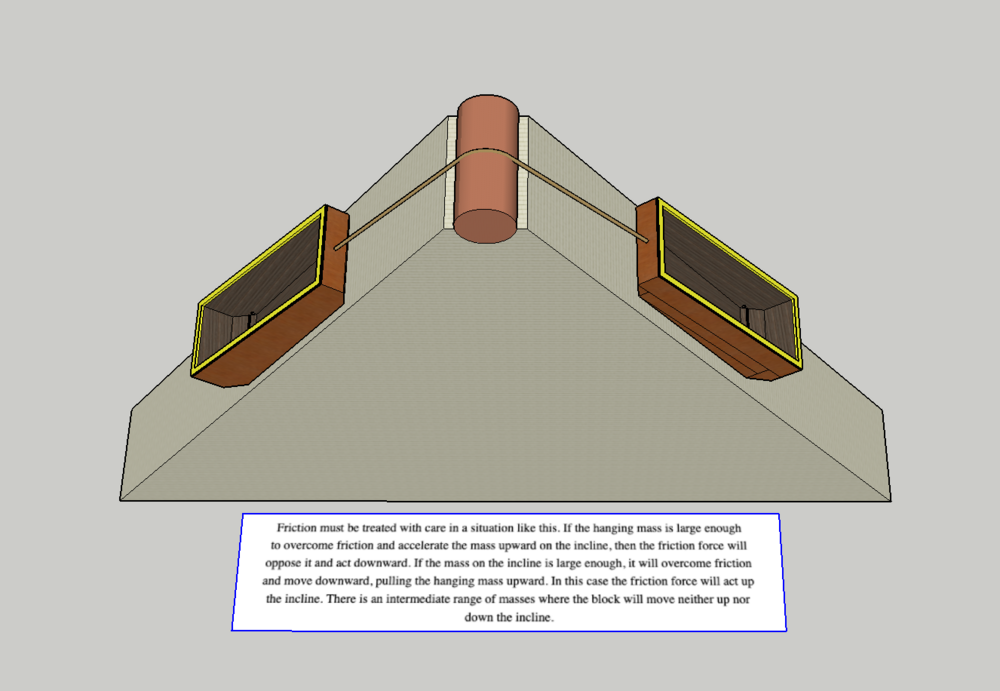 I certainly won't be bored by the math and look forward to seeing it. But the size of the boat (in ft ^ 3) is merely the cubed root of the load divided by 64. I believe it was shaped like a grasshopper. The calculations are a little harder to model if the angles are different such as if they used G1a-c to lift stones on the causeway since the angle no longer cancels out and you have to use the sines or (sekeds) to compare the forces. This same applies to the cliff face that was apparently used. As a rule a great deal of the tweaking of any such system is done in practice rather than on paper or papyrus. No matter how careful your calculations or how fine your knowledge there are going to be peculiarities in the real world. Even slight differences in the angles or small temperature and humidity fluctuations can make large differences in terminal velocity or requisite loading. Even if you could get these "perfect" (with modern materials you almost could) operators will not operate them exactly according to spec. Some will prefer stable operation and some more robust. So it becomes necessary to have systems in place to control each aspect of the movements and most especially a pretty good braking system. Undershooting would cause large delays and overshooting can cause massive equipment damage and injury.

"Ropes" are interesting. Ultimately they did nothing but transmit forces but, of course, building and operating them required a great deal of expertise and learning. I believe the largest diameter ancient rope known was about 4 1/2 inches but this would be insufficient for most of my designs. Building heavier ropes would have been easy enough. This would be sufficient for your proposals but you need more capacity to to move all the stones to get the job done in 30 years.