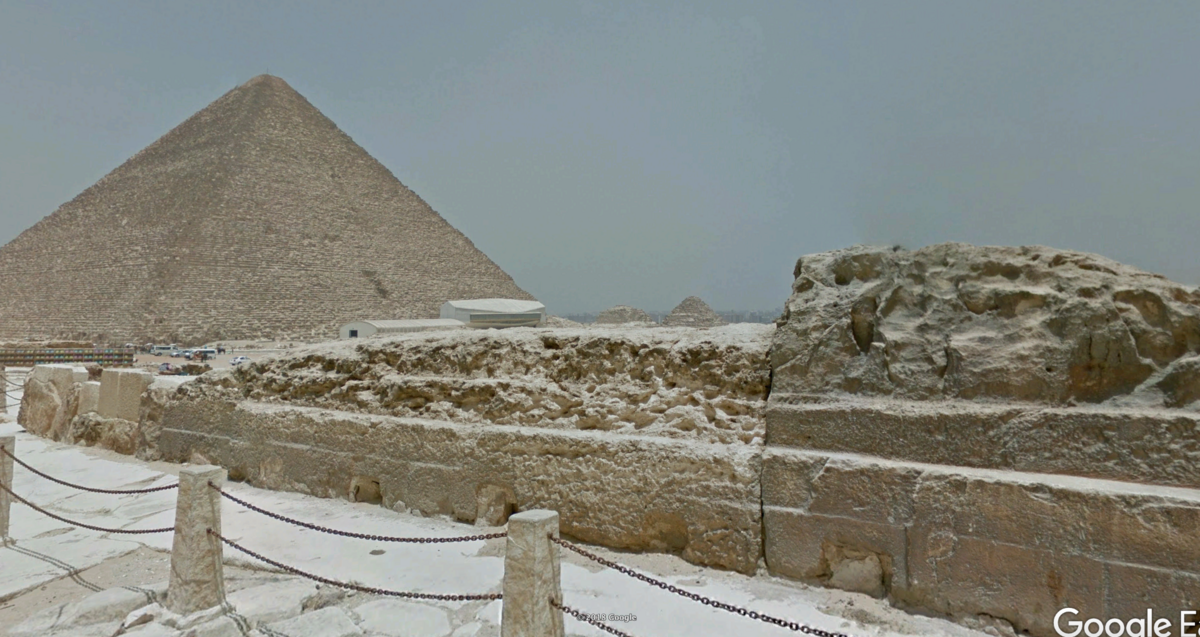 >
> I am having trouble knowing exactly where this is
> in relation to the temple itself. The blocks are
> enormous though and the beveled feature is
> interesting as are the notches at the bottom.
>
> Regardless, the block on the right appears to have
> been hacked at after the fact, which though
> weathered, the same patterns appear on the eroded
> looking block.

Yes, it is interesting.

The notches at the bottom, are where levers could be inserted. Where those notches made, when current workmen rebuilt the area? This picture approx., is in the center of Khafre's Pyramid, facing the Causeway. Here are a few other pictures to help orientate yourself.

Notice there are two (out of place) red granite stones in place. Why are they still there? They appear to have some correlation to the higher two pot marked large blocks. Coincidence? 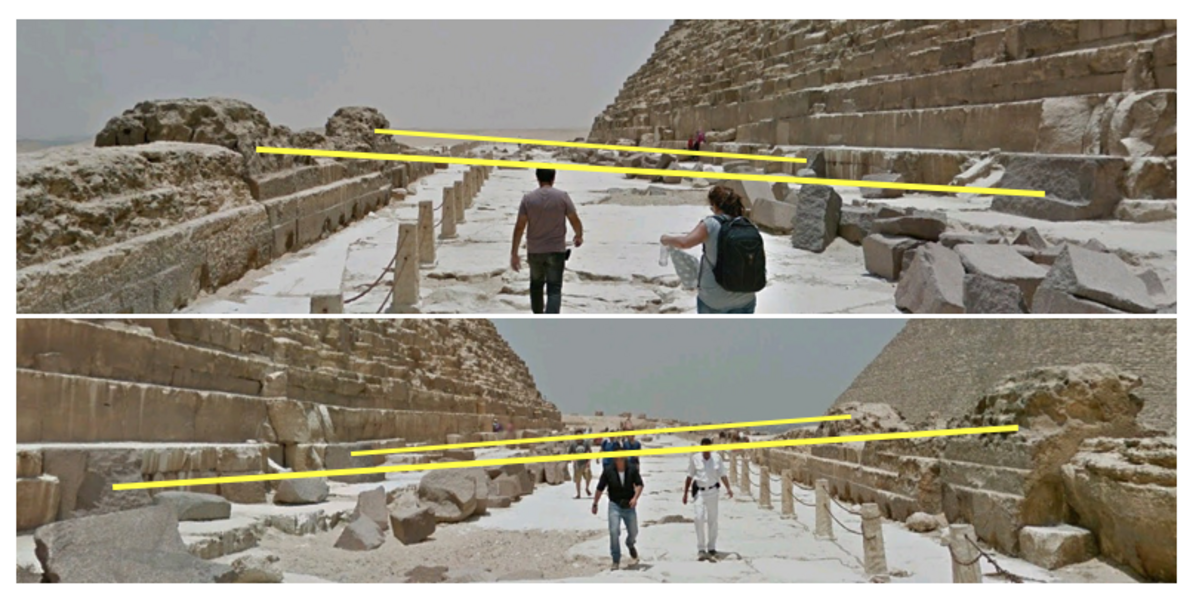 I believe the base was lined with red granite. Why do those two blocks remain, is anyone's guess. How high did the red granite reach, lining the Pyramid base. I see less damage to the first 2-3 layers. After that, it's really a mess. Decorative? Did they serve a function? Asking questions, is how discoveries are made. Where they  used to protect against water damage?  The top of the third stone appear higher than the Temple stones under question. There were outer walls, though how high? If for retaining water, they would not need to be much higher.

Just speculation. I have never been to the site. One would need to visit the site and attempt to answer these questions. Hard to know, as robbers took away so much stone. 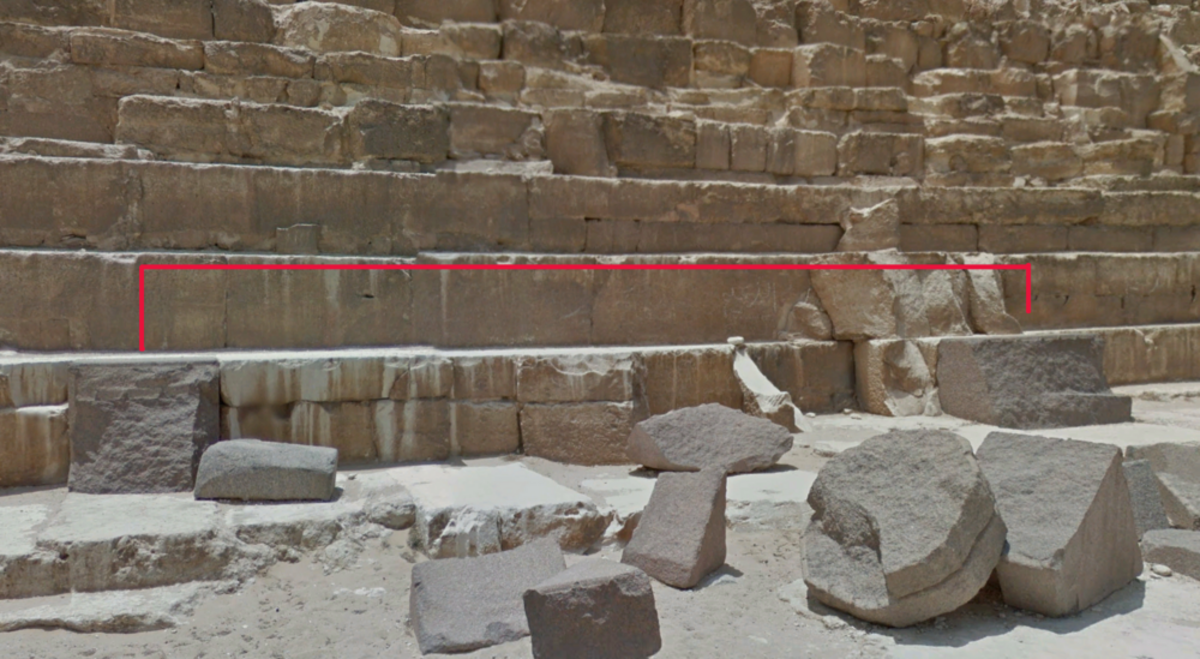