Mysteries :  The Official GrahamHancock.com forums
For serious discussion of the controversies, approaches and enigmas surrounding the origins and development of the human species and of human civilization. (NB: for more ‘out there’ posts we point you in the direction of the ‘Paranormal & Supernatural’ Message Board).
Welcome! Log In• Register
Go to: Forum Home•Board•New Topic•Search
The Book of Two Ways-Coffin Texts Older Than Believed
Author: Thanos5150 ()
Date: January 04, 2020 05:22PM
The Book of Two Ways, considered as part of the larger cannon of Coffin Texts, is dated to the Middle Kingdom and is a precursor to the later Book of the Dead. It is an illustrated road map and plan for the deceased to navigate the underworld so that they might successfully reach Rostau-the realm of Osiris. The oldest example of the Book yet found was discovered in 2012 with the results recently published, likely dating to the reign of Mentuhotep II c.2061-2010 BC-the first pharaoh of the Middle Kingdom and responsible for the reunification of Egypt.

Another MK example of the Book of Two Ways: 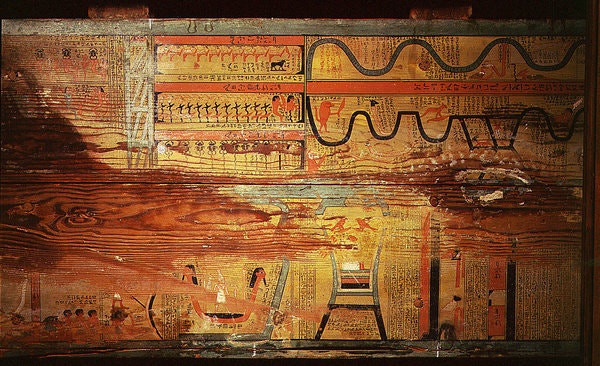 Dating to c.1900BC, it is from the physician's coffin of the nomarch Djehutihotep-owner of the famed tomb relief:

As an aside, Mentuhotep II was an interesting character which of note is his mortuary temple-a clear and unusual departure in many ways to what came before. Abandoning the burial sites of his predecessors, he built his mortuary temple on the west bank of Thebes (Deir el Bahri) which became the inspiration and location of NK royal burial sites centuries later. The mortuary temple is right next to the famed Temple of Hatshepsut: 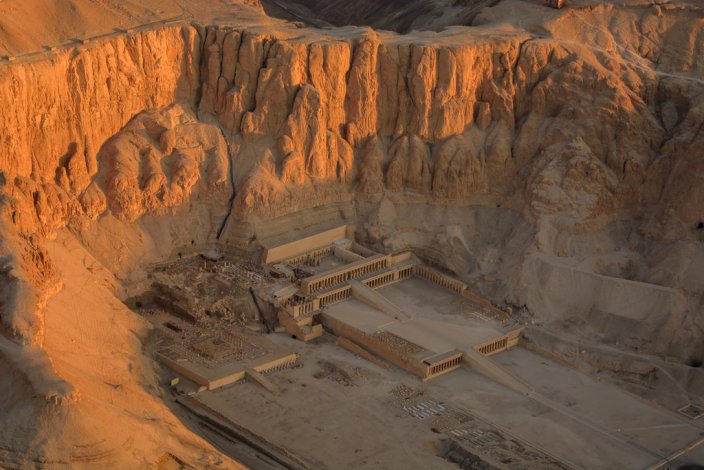 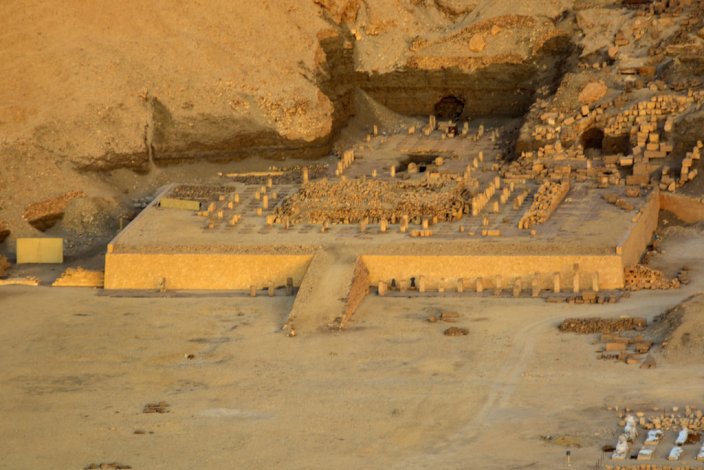 (Note the large ramp leading to the temple)