Mysteries :  The Official GrahamHancock.com forums
For serious discussion of the controversies, approaches and enigmas surrounding the origins and development of the human species and of human civilization. (NB: for more ‘out there’ posts we point you in the direction of the ‘Paranormal & Supernatural’ Message Board).
Welcome! Log In• Register
Go to: Forum Home•Board•New Topic•Search
Re: Limestone vs Limestone
Author: Corpuscles ()
Date: January 10, 2020 11:41AM
Barbelo

Just a bit of tidy up house keeping, first


Quote
Barbelo
Anyway, thanks for the insults.

Get back to me when you've proven that Sacsayhuaman is a geopolymer construction.


I appreciate your contribution (s)!
I am glad I pleaded with you to spit out and share what you were thinking or alluding too, Very interesting.
I suppose I did insult after just receiving two cryptic pictures in reply (it was well after beer o'clock here).
However in the whole scheme of things bloody mild (even by your own standards (sometimes).
Nevertheless I apologise

I do now understand why you would be reluctant to be forthright with such 'a way out of left field' hypothesis. 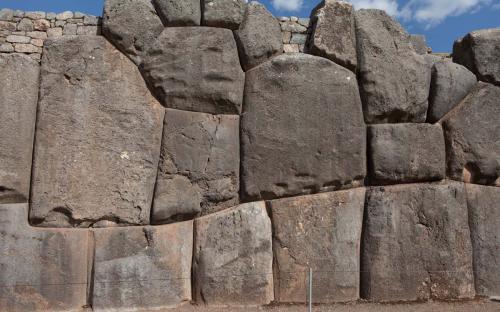 Less might be more but it is bloody frustrating if it just enough to tease and not enough to understand.

Now I guess you really don't want to discuss it much in case of or fear of ridicule.

I can see that the Tufa has been used widely by many cultures Thank you. Maybe there was some in Peru?

However you will note (earlier post) I found the analysis of all the samples the Russians Mr Alekseev took and was discussed in the video you posted - N. Berdnikov (PhD, Deputy Director of Institute of Tectonics and Geophysics.

Further searching led me to Unexplained Mysteries forum HERE where a PhD geology student (Penn State) translated some of the lengthy report they compiled.
( Edit: If you want to see real ridicule, internet flaming, and insults check what that bloke got at UM forum!)

I will quote one bit


Quote
N. Berdnikov
Page 76 - With regards to the material of the blocks, we can confidently say, that the process which formed them is
impossible in nature. This is based on the fact that cryptocrystalline organogenic limestone can recrystallize up to marble in the presence of water and high temperature, however, this results in large crystals being formed,
since processes occur slowly in nature and the crystals have time to grow. Uniform [homogeneous] fine
crystallinity, as in the presented samples from the blocks in the masonry, could be obtained under a very rapid
process. Furthermore, under the condition that at any point in the system there is enough water, and carbonate
material.

So, what is Sacsayhuaman built with? From limestone, which became plastic, due to the application to it of an
unknown technology by the ancient builders, which deliberately violated the crystal structure of the natural
mineral with the goal of providing the building material with maximal density? How can we explain the
existence of "plasticine stone", the material of which is identical to the material of the masonry?

We cannot answer these questions with certainty. We also cannot, so far, provide the answer to the question


Cryptocrystalline meaning - crystals so small they can barely be seen under powerful microscope. Meaning it formed and hardened very quickly.
I looked up other calcite (stalagmites) - as you know form very slowly - large 1mm -2mm crystals
I looked up Tufa - it forms large crystals generally of a hexagonal or octagonal shape thus the overall shapes and forms extremely slowly.

Now I am no expert at all on all this geology. But am very interested.
Why didn't the geology depts. nominate Tufa immediately?

It seems if Tufa was used it would have to cut and transported there then smothered with some other very fine crystal substance?

Yes we can all see the channels for water at Tombomachay, but it would take millennia, or a long time, to form and unlikely in that structural shape? ( Unless you think the original structures are extremely old)

Anyway. If it 'floats your boat' you of course completely free and welcome to believe whatever you want!
Without ridicule!
Again, thanks for the interesting contribution.
Cheers