Quote
I probably should get off this hobby horse
> soon?

Just as well that you have arrived (valued contribution) so you can clearly, specifically, with references, fill in any lack or knowledge gaps.
I am will be grateful!
>
> Your premise is that the Wall Stones are
> reconstituted limestone from the quarry and
> through some lost technology the organic particles
> were removed; crystalline material was added and a
> binder of sorts was used to make the finished
> product.
>
> This scenario is based on your assumption that all
> limestone is a sedimentary rock produced under
> pressure - mostly by the weight of seawater or
> whatever - hence the marine component.
>
> The quarry limestone exhibits these qualities.

Most limestone is formed in such a fashion. I am aware of stalagmites and stalactites and corals etc.
However, you most likely know much more? Let's see, I believe you.
Or is there something else you are alluding too?
>
>
> However, the Wall limestone has no marine material
> and contains a crystalline component.
>
> Why?
>
> Because it is a different limestone.

Most of the analysis of limestone used in ancient construction that I have seen reported and scientifically analysed, Davidovits, or Barsoum et al, DO have marine shells in them.

I noted from just one post in that ATS thread there was a rock section plate which showed none of such.
Where did that analysis come from? EXACTLY?
Can you link me up to other scientific papers discussing the make up of the stone. PLEASE.
>
> The Wall limestone has been created through
> precipitation in freshwater. Not sedimentation.
>
> That is why I directed you to the Water Temple.

So PLEASE be clear, do you think these walls grew themselves or you think it was harvested from caves and shaped OR WHAT?

Is your wisdom so profound and special that you just want to taunt the forum with cryptic clues?
>
> If you understood the process of precipitation,
> you would understand why the pre Inca called them
> Living Stones and my reference to children and
> having a drink.
>
> The reason that the blocks are in random
> configuration is also tied to this natural
> process. As is the density, hence weight of the
> limestone and the hardness, or softness, of the
> stone at certain stages of its life.

Can you confirm or deny whether you are suggesting this arrangement developed in situ like that naturally? Do you think they are natural fissures and the rocks grew due to precipitation?

Do you not think they are man made ? WHAT is the answer????
>
> But that reason would only cause far more blowback
> from diehard Davidovits fans and mainstream
> sceptics.
>
> I will leave you with my initial image from the
> Water Temple. Pay close attention to it. In
> particular the top right of the central mass and
> the oblong block still in the mass at lower left
> of center.
>
> And then ask yourself, "Why would anyone go the
> trouble of shaping all these small stones around
> the central mass, when it would have been far
> easier to remove the front of the central mass and
> use larger uniform blocks for the entire wall?"

If you look at the bottom then you will see the "central mass" is recessed.
I think the external coating geopolymer mix was a faulty mix and has weathered faster over time.

BUT I AM ALL EARS!!! , and extremely interested in your thorough explanation and source research documents (if you have any) , rather than just more cryptic clues.
>
>
> 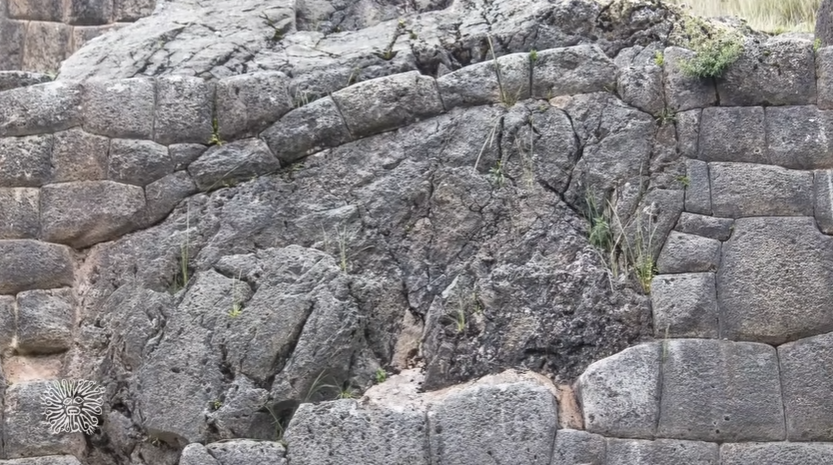 Barbelo, if your reluctance to be specific, is in any way related to your somewhat gnostic belief in the spirit world (Angels Demons etc in the higher realm). Then ,please do not let that retard your requested reply.
It will be given fair and serious consideration, and given it is Graham Hancock's site you are likely to get some 'thumbs up admirers and three cheers' but try to provide some evidence for your claims, whatever they are?
Don't be shy!