You say no shitting required then show me a big 'ol dump. Make up your mind bro.

> You see if all the stonework was carved with
> copper /bronze chisels???
> Then there would have to be enormous number of
> mines with huge associated tailing dumps all over
> the place. Not to mention the gold and silver
> mines.

Where are these mine tailing dumps for the Babylonians, Phoneticians, Greeks, Romans, etc, etc?

> As noted before the Inca legends indicate they
> "were told" by the Huacas where to find gold and
> silver.

The overwhelming majority (all?) of the gold was panned. I do not think they Inca (or whoever) did little more than basic mining with nearly all of it being done after the Spanish arrived.

> The limestone extracted likely damp originally
> (needs oxygen/air to harden with a crust)
>
> Not necessarily "mortar" but the raw material to
> cut out blocks before it all hardens.
>
> Yes some of the in situ carvings you have
> presented might have been carved out of natural
> andesite or granite outcrops.

> What with bronze
> chisels?

How did the Greeks and Romans do it? Or how about the Hittites: 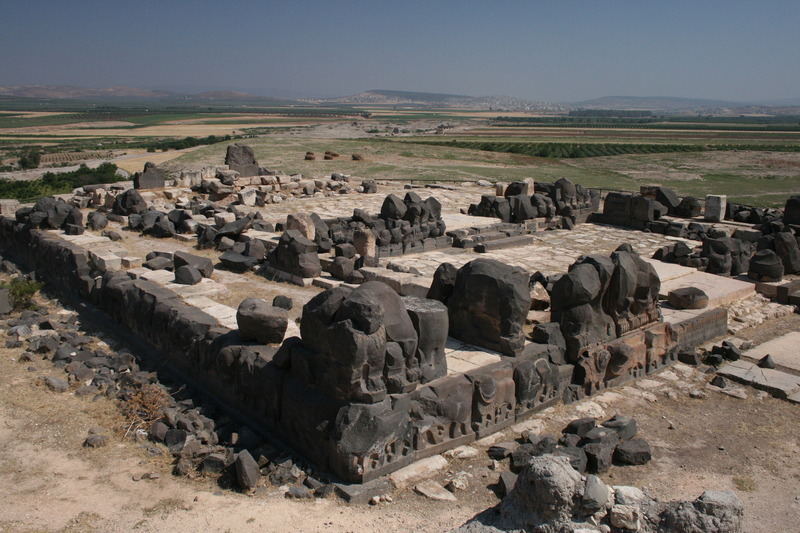 > Or acid or such that could disassociate
> the hard rock?

The evidence is curious suggesting that some sort of stone softening may have been used, I am certainly open minded to rational alternative possibilities, but it makes little sense to use this process was used to create a geopolymer instead of just using it to help cut the block-also what is clearly seen by the evidence.