Mysteries :  The Official GrahamHancock.com forums
For serious discussion of the controversies, approaches and enigmas surrounding the origins and development of the human species and of human civilization. (NB: for more ‘out there’ posts we point you in the direction of the ‘Paranormal & Supernatural’ Message Board).
Welcome! Log In• Register
Go to: Forum Home•Board•New Topic•Search
Re: Sacsayhuaman
Author: Barbelo ()
Date: January 06, 2020 03:50AM
Ok.

Crackpots and Poobahs aside for the moment.

Berdnikov and the Russian contingent analyzed the limestone from the walls and the quarry and found their chemical composition to be very similar. Within the bounds of tolerance.

However, the limestone in the wall blocks contains no marine or fossil material. And has been described as marblelike, although I would suggest that travertine is closer to the mark.

What does this tell us?

The reason that the Russians came to the conclusion that the wall blocks must have been constructed out of reconstituted limestone is to explain the difference in composition of the limestone from the quarry vs the walls.

But, if their conclusion is correct, how is it that the micro-crystalline wall limestone (the large blocks and not those at the top of the hill which probably have been quarried) contains no organic skeletal fragments?

If we discount the scenarios in the previous post and also exclude some from the video (eg. a heated sword used on the artifact discovered in the Temple of the Moon) and only consider viable options, what's left?


Does this outcrop of andesite look to be somewhat like a lump of mortar, to you? 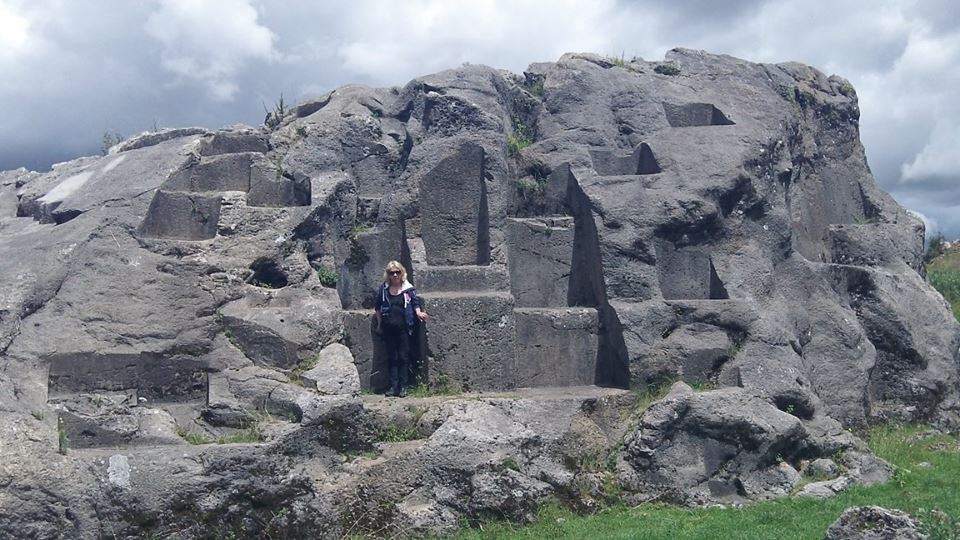