Quote
I am guessing that Barbelo is going to
> tell me this was modern restored and the adjoining
> paver...

Good find. So I gather it is near the remnant of the causeway? I did not know its location or how far from the 'restored pavement'
>
>
> In the blue circle is the in situ pillar. But it
> has been partially restored by gluing a broken top
> on to it and letting the glue run down the side.
>
>

Strange shape for a pillar? The sides look reasonably square but top seems weathered and doesn't scream to me that something was broken from off the top?

I gather you think that originally the AE carved a perfect hole in limestone bedrock to accommodate the "pillar" and then later someone who wanted some limestone took a bit from alongside and it happened to break in such a way that very thin slither (original pic) happened to be left?

You believe all the recesses and irregularity is due to stone thieves hacking around on the plateau? 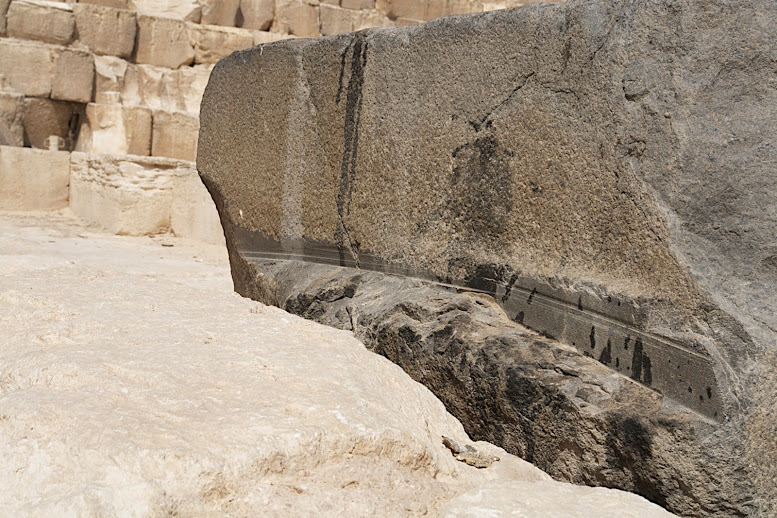 I do not know or even have a reasonable clue. I would be interested if you have some definite ideas/ or wish to guess.

My guess/ impression, it looks to me like someone has attacked it with a modern angle grinder with diamond tip masonry blade?

Thanks for the other old photo. It is difficult with all that rubbish around to make out exactly what state the pavement was in but it sure was a mess at that time.

PS Make up an invoice for the tipple and PM me with your bank a/c details for direct deposit ;-)