Mysteries :  The Official GrahamHancock.com forums
For serious discussion of the controversies, approaches and enigmas surrounding the origins and development of the human species and of human civilization. (NB: for more ‘out there’ posts we point you in the direction of the ‘Paranormal & Supernatural’ Message Board).
Welcome! Log In• Register
Go to: Forum Home•Board•New Topic•Search
Re: Tiwanaku / Pumapunku Megaliths are Artificial Geopolymers
Author: Corpuscles ()
Date: January 01, 2020 07:40PM
Thanos5150 Wrote:
-------------------------------------------------------
>...
> Not sure what you are saying here exactly. If you
> compare the two pictures you can see there are
> large sections that have been restored since the
> first picture was taken which is where this
> "slurry" is found. Cement was used to secure and
> level these blocks in place. The mortuary temple
> was documented when it was excavated and before
> restoration work began. Surely there must be at
> least one source that makes note of or
> pictures this "ancient geopolymer" slurry...?

As a courtesy I'll try again.

Firstly, this wonderful photo you posted.
Thank you if you marked it up to indicate the location of the photo I posted. 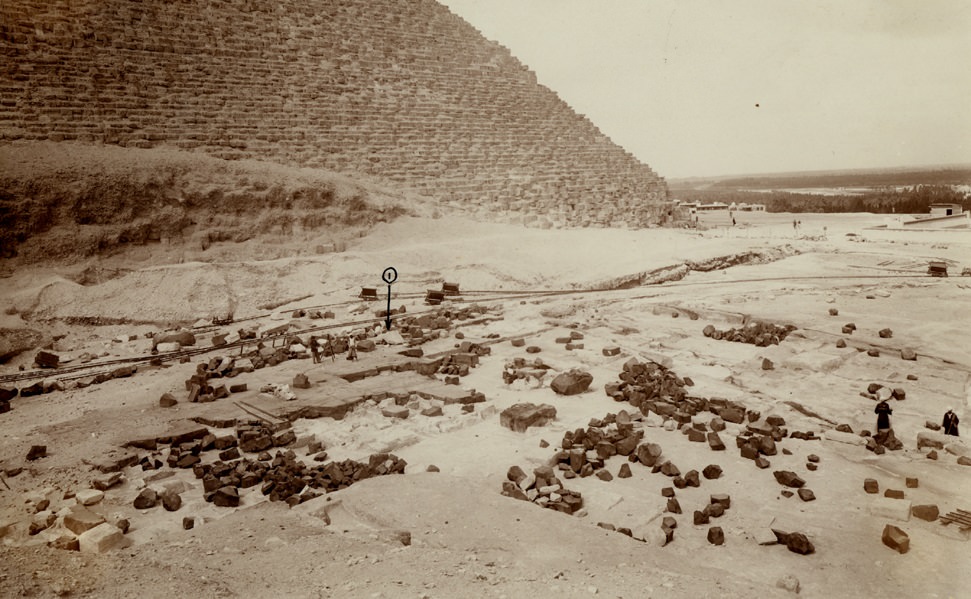 Yes it is absolutely clear that restoration has occurred.

I draw your attention to the bottom of the large pavement . I ask you to note the irregular "base bedrock"

Similarly in the foreground of the photo I quickly chose. 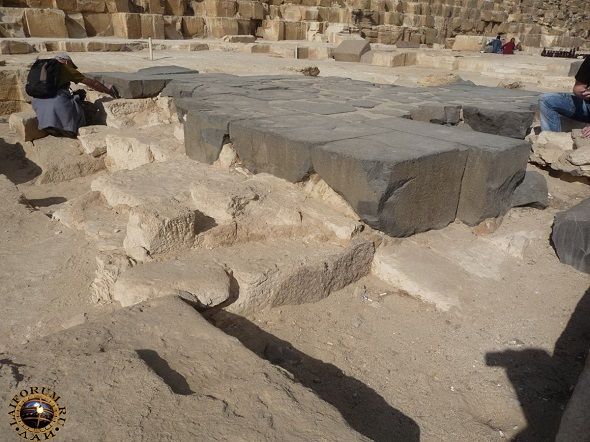 To me there can only be a few options to explain this irregular surface. Two main ones

1. The irregular basalt pavers (underside) were fitted to the bedrock by carving a profile to match the underside of the paver.

2. The "bedrock" was in fact softened limestone, or reconstituted limestone, in a putty type consistency and acted as if mortar.

(I think you chose option 1?, or if other please describe)

Limestone can be softened by immersing in water for a long time . It can also be made using natural available substances loose shells and chips to provide an alkaline 'geopolymer' type cement.


Now AE could somehow cut basalt near perfectly flat. Why would they not make the job easier by cutting the underside flat as well?

I am suggesting the original highly complex bedrock was not CARVED. (i.e I choose option 2.)

In restoration, I would imagine that it was unlikely that the workers found the exact stone, to match the profile of the vacant stone spot. They likely either found a suitable one thin enough in profile, or dug out some of the existing backing, to build up to level by using modern Portland type white cement?

I think in one of Davidovit's recent books he refers to a sample taken by Barsoum of such "bedrock". I can try and find the reference to their analysis if seriously required, but I don't relish reading it all again.

However, perhaps you now better understand my unsubstantiated hypothesis that the base was once malleable and could squelch up into recesses as shown in the photo.
(Maybe you think that is modern stuff ? However it cannot be so (unlikely) or irrelevant, because of the clear irregular base shown in the older photo (I suspect -Edgar Bros era? early 20th C?)

Anyway. Thank you for your attention, and valued comments and contribution!