Mysteries :  The Official GrahamHancock.com forums
For serious discussion of the controversies, approaches and enigmas surrounding the origins and development of the human species and of human civilization. (NB: for more ‘out there’ posts we point you in the direction of the ‘Paranormal & Supernatural’ Message Board).
Welcome! Log In• Register
Go to: Forum Home•Board•New Topic•Search
Re: Khufu's Pyramid and spheroidal Earth
Author: Spiros ()
Date: September 20, 2019 03:22PM
In the diagram I posted it is not clear that I am referring to Greek, Boeotian Thebes(not Egyptian Thebes, Karnak/Luxor). That is what is encoded the city of 7 gates.

I converted the Khufu pyramid apex angle to the corresponding latitude converting from geocentric to geodetic and came up with the geodetic latitude which corresponds to Antigone street of Thebes. From this street photos are often taken of the Mycenaean palace ruins(practically the center of the city). A photo on the net: 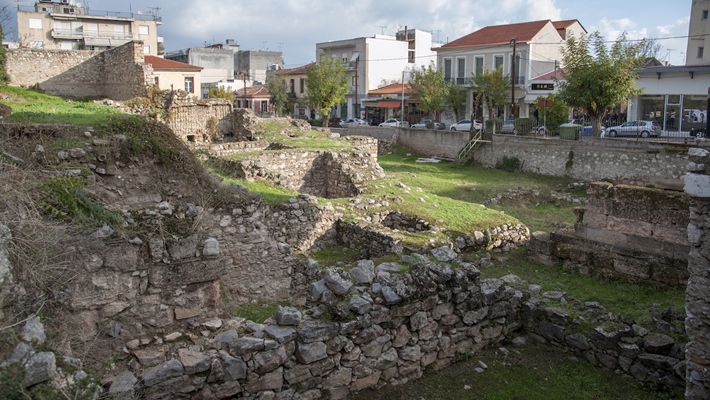 I just want to note that as can be seen in a sign in front of the ruins, the oldest structures lie on the Southern edge, adjacent to the street(Antigone).

This finding thus agrees perfectly with my research regarding the Hellenic mountains and how they were the 'prototype' that inspired the erection of the three large Giza pyramids. I explain everything in my two books available at Amazon.

Eratosthenes computed the perimeter of the Earth considering a spherical Earth. But the Earth is not a perfect sphere. This is why the geodetic latitude is not the same as the geocentric latitude. These correlations prove that the true shape of the Earth was known, and I will say from Neolithic times. How did they know? I think we all know the answer to that..