I think that I have made an error in the constellation map. If I look at the map so far, we have:

The Story 5 identifications are the most suspect. I wrote to Belmonte about the identification of Reret to Ophiuchus and he has kindly replied. Based on his reply I don't think my identification to Ophiuchus is correct. Rather, per the paper he wrote with Lull, Belmonte confirmed both he and Lull still, now 10 years on see Reret as taking up a huge portion of the sky from Lyra to Bootes, including some of Draco and Serpens Caput could be part of the crocodile on her back.

The identification of Reusre to Sah/Orion is also suspect - this was based on the fact that User was a spelling of Osiris and Saw is a persona of Osiris. However, per my post here: [grahamhancock.com] Assmann sees Re-Osiris as the resting place of Re in Osiris (ie the place where the sun sets) then Osiris rests in Re (as the sun rises in the East).

A re-read of Quack's "The Planets in Ancient Egypt" also provides the possibility that Thoth is associated to Mercury as well as the moon,

"Mercury is depicted with the head of an ape, showing a connection with the god Thoth (the Egyptian equivalent of Hermes), who is typically associated with an ape."
"Mercury: the star of Thoth"


Making changes to the mapping opens up a later date - possibly early December:

Story 5 - the birth of Ruddjedet's Children
Reusre - constellation housing the sunset
Ruddjedet - per Lull and Belmonte for Reret - Large portion of sky from Bootes to Lyra, taking in a portion of Draco.
Khnum - Capricornus (which is the Goat in Lull and Belmonte Table 6.1)

I haven't had a chance to investigate other dates yet but December 1, 2800 BCE at dawn provides an interesting perspective, fits in with the Sothic Cycle dates relatively well (+1 day). This timing fits better with Story 2 - where the villager is taken by the crocodile into the pool: 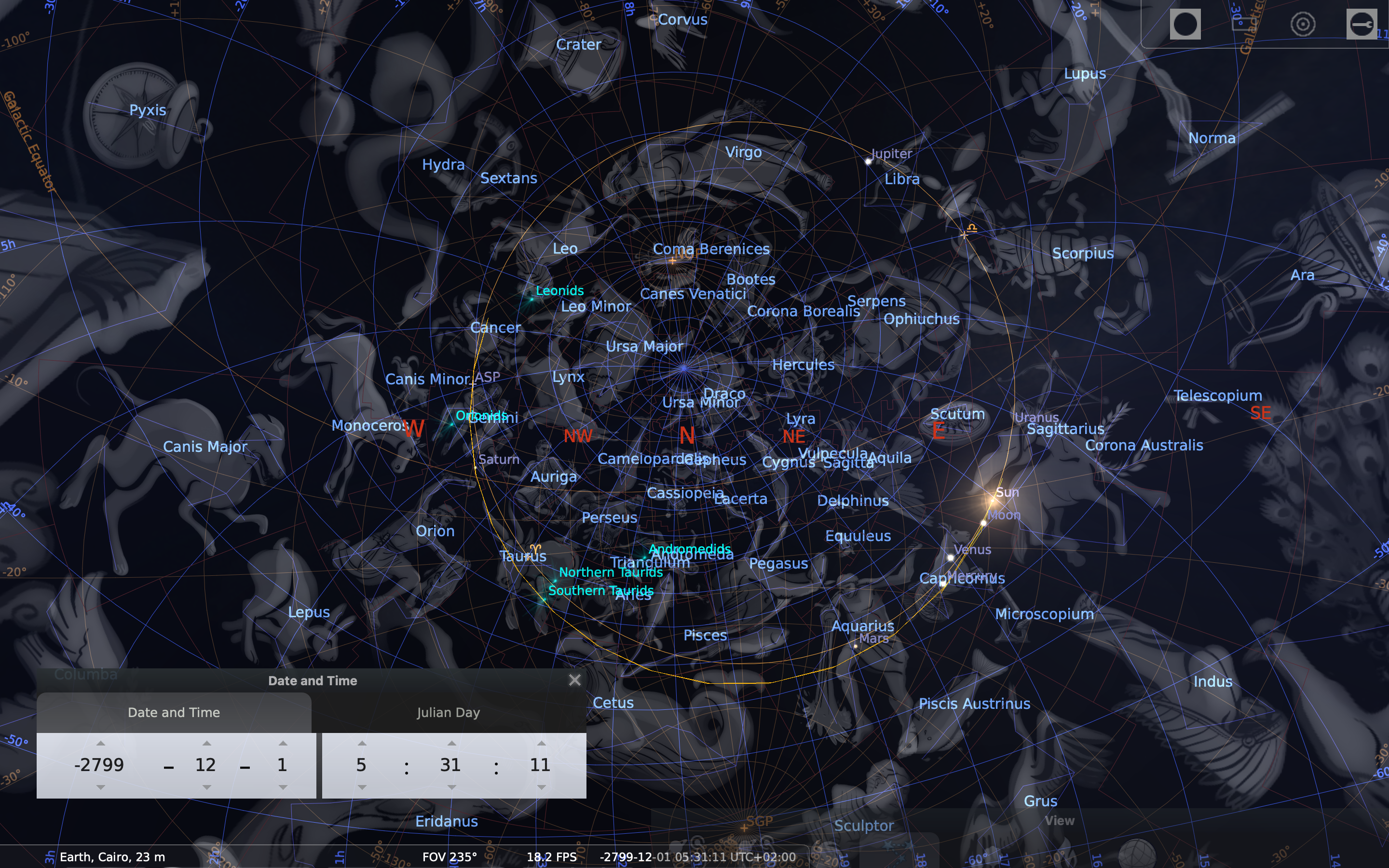