Mysteries :  The Official GrahamHancock.com forums
For serious discussion of the controversies, approaches and enigmas surrounding the origins and development of the human species and of human civilization. (NB: for more ‘out there’ posts we point you in the direction of the ‘Paranormal & Supernatural’ Message Board).
Welcome! Log In• Register
Go to: Forum Home•Board•New Topic•Search
Caveman Leo? Is that right?
Author: Spiros ()
Date: June 09, 2019 05:27PM
This is what Wikipedia has to say regarding Leo and the Sphinx:

An argument put forward by Bauval and Hancock to support the Orion Correlation Theory is that the construction of the Great Sphinx was begun in 10,500 BC; that the Sphinx's lion-shape is a definitive reference to the constellation of Leo; and that the layout and orientation of the Sphinx, the Giza pyramid complex and the Nile River are an accurate reflection or "map" of the constellations of Leo, Orion (specifically, Orion's Belt) and the Milky Way, respectively.


The Sphinx belongs to the Khafre enclosure at Giza.

We notice that the Sphinx faces due East. On the other hand the small Khafre cult pyramid is positioned due South. Since the Khafre pyramid is the central pyramid of the main 3 and since according to OCT it represents the central Belt Star Alnilam we would not be surprised if this configuration relates to Regulus, the brightest star of the Leo constellation being at some point of the day due east and at the same time Orion being due South. Is this possible? Would we expect to find Alnilam aligned? 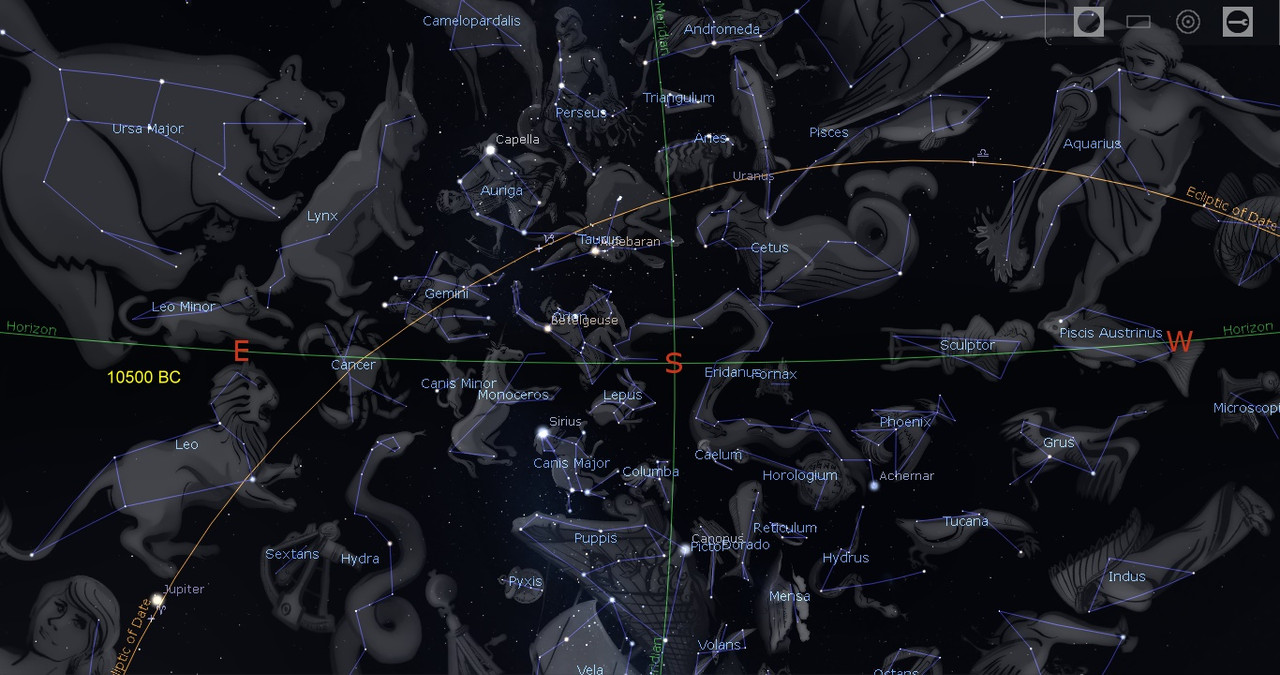 We notice that when the azimuth of Regulus is exactly 90 degree it is way below the ground. This can't be right. Also Orion is not at the Meridian(South).

But what about the configuration of the sky when the pyramid was erected(accepted orthodox chronology). Here we have Leo at 2541 BC:

In all cases we are stationed at the apex of Khafre's pyramid(Stellarium software). We notice here that Leo is below the ground this time, due east, but Orion does not align with the South.

What? Can it be true? Doesn't this icon point to the need of a slight tweaking in the epoch - year? What if our methodology of looking into the ancient mysteries is flawed?