Mysteries :  The Official GrahamHancock.com forums
For serious discussion of the controversies, approaches and enigmas surrounding the origins and development of the human species and of human civilization. (NB: for more ‘out there’ posts we point you in the direction of the ‘Paranormal & Supernatural’ Message Board).
Welcome! Log In• Register
Go to: Forum Home•Board•New Topic•Search
Re: Polaris as latitude
Author: Spiros ()
Date: January 18, 2019 01:03PM
Spiros Wrote:
-------------------------------------------------------
> Were the pyramids designed so as to refer to the
> present age?
>
> It seems that the apparent altitude of Polaris at
> lower culmination is encoded.
>
>
> 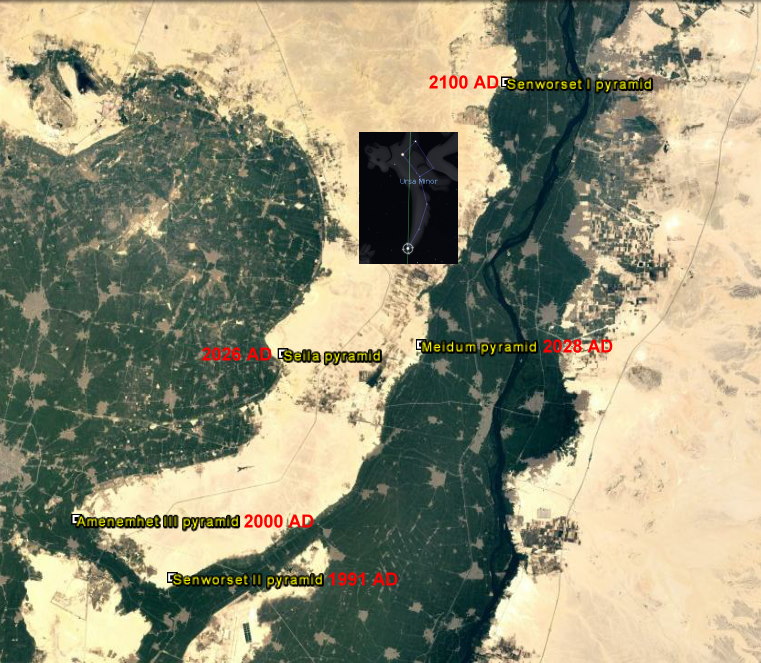 >
>
>
> The observation point is the Great Pyramid.

It was the final year of the Cold War that had begun in the late 1940s. During the year, the Union of Soviet Socialist Republics fell, leaving fifteen sovereign republics in its place. India also abandoned its policies of socialism and autarky and began extensive neoliberal changes to its economy in July 1991 which would increase the GDP but also economic inequality over the next two decades. A U.N.-authorized coalition force from thirty-four nations fought against Iraq, which had invaded and annexed Kuwait in the previous year, 1990. The conflict would be called the Gulf War and would mark the beginning of a since-constant American military presence in the Middle East. The clash between Serbia and the other Yugoslav republics would lead into the beginning of the Yugoslav Wars, which ran through the rest of the decade.


What forces were at work to lead to these developments?

But since we are talking about Polaris I quote from Wikipedia:


This means that the altitude of Polar at minimum culmination as observed at Giza equals the latitude of the pyramids from El-Lahun to El-Lisht through the relative time range 1991 - 2100 AD. After this the latitude will decrease moving South from El-List toward Meidum and beyond.

This leaves us with the years that relate to the Sneferu pyramids, 2026 and 2028.

In my Greek book I decoded an altitude of a star that contains planets in the Phaistos disk that relates to the 2028 AD year. It is possible that this has something to do with the Second Coming. Does the collapsed pyramid represent the collapse of a civilization or the collapse of life on Earth as we know it?

In another post I will look into the Thuban pole star.

And how does 1991 relate to exoplanets?

First "probable" extrasolar planet confirmed to exist
planet: HD 114762 b
star: HD 114762
1989 (Detected), 1991(Confirmed)
First "probable" exoplanet discovered. This object has a minimum mass of 11 Jupiter masses, or more depending on orbit inclination. It remains unclear whether this is a high mass exoplanet, or a low-mass brown dwarf.