I understand the reluctance toward full concession; conceivably we shall never know for certain. Perhaps we should let the Federal Courts decide:

”Faced with a continuing loss of wetlands and the protection they provide to newly rebuilt levees in the aftermath of Hurricane Katrina, the authority that oversees East Bank levee districts filed a historic lawsuit Wednesday against 97 oil, gas and pipeline companies, demanding that they immediately restore damage to the wetlands.

Activities related to oil and gas exploration and production -- including dredging and the cutting of canals through the wetlands -- has long been blamed for contributing to the loss of land along the Louisiana coast and making the area more vulnerable to flooding during hurricanes.

Acknowledged in the bounds of this lawsuit against ‘oil and gas companies’ is the identified “Pipeline Canal” from our discussion, thus implicating the contemporary nature of the canal’s construction: 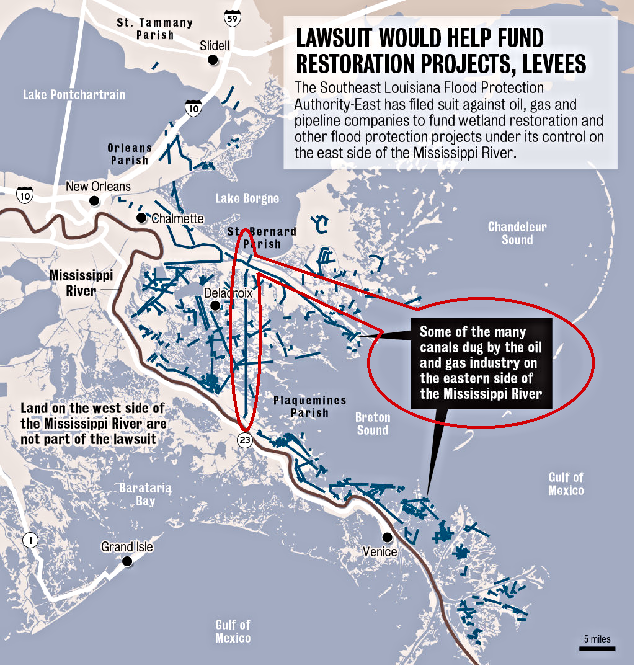 Caption within Graphic: ”Some of the many canals dug by the oil and gas industry on the eastern side of the Mississippi River”


Regrettably, for our purposes, this lawsuit was poorly conceived; not on the basis of the damage to the wetlands, undoubtedly instigated by the oil and gas industries, but by the veracity of an over zealous attempt by the Prosecution to implicate all 97 of the named entities.