Mysteries :  The Official GrahamHancock.com forums
For serious discussion of the controversies, approaches and enigmas surrounding the origins and development of the human species and of human civilization. (NB: for more ‘out there’ posts we point you in the direction of the ‘Paranormal & Supernatural’ Message Board).
Welcome! Log In• Register
Go to: Forum Home•Board•New Topic•Search
The Temples of Giza
Author: Barbelo ()
Date: June 11, 2018 01:13AM
Why is there no continuity or progression in the architectural styles and building materials of the temples at Giza?

Firstly, consider the Mortuary Temple of Khufu. Its fore runner should have been its counterpart at the Red Pyramid but little evidence of such a temple at that site exists. All that remains of Khufu's MT is a cobbled together mosaic of basalt remnants. 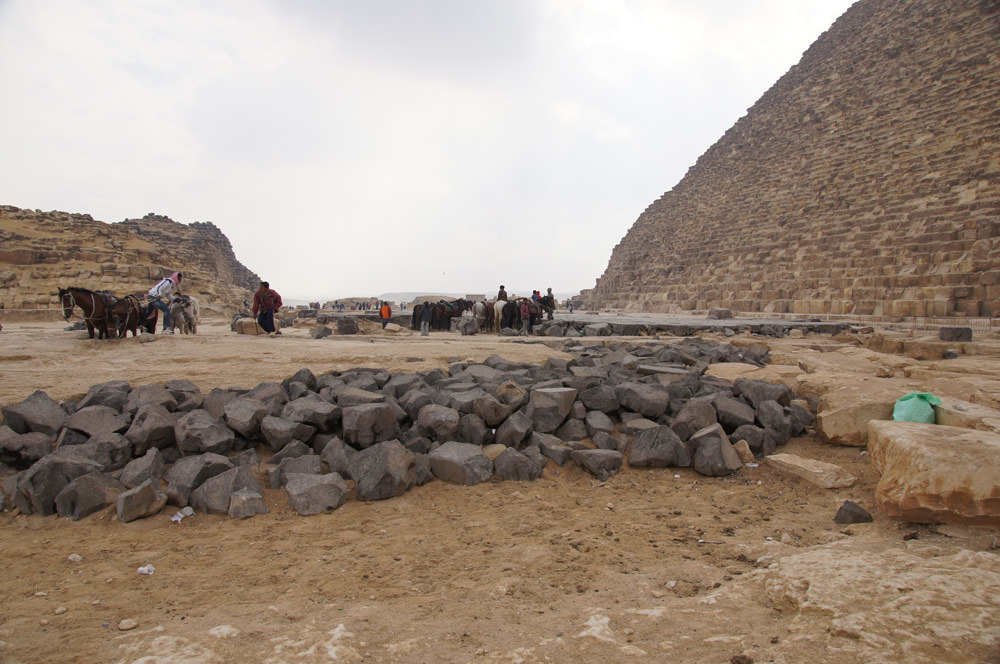 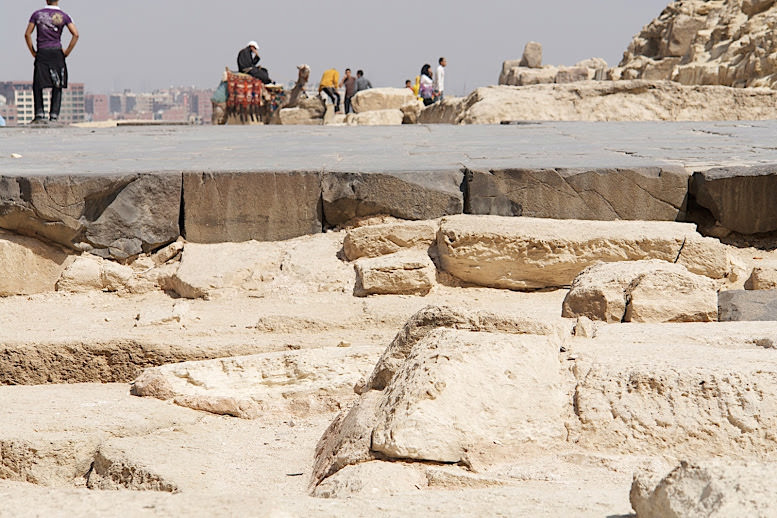 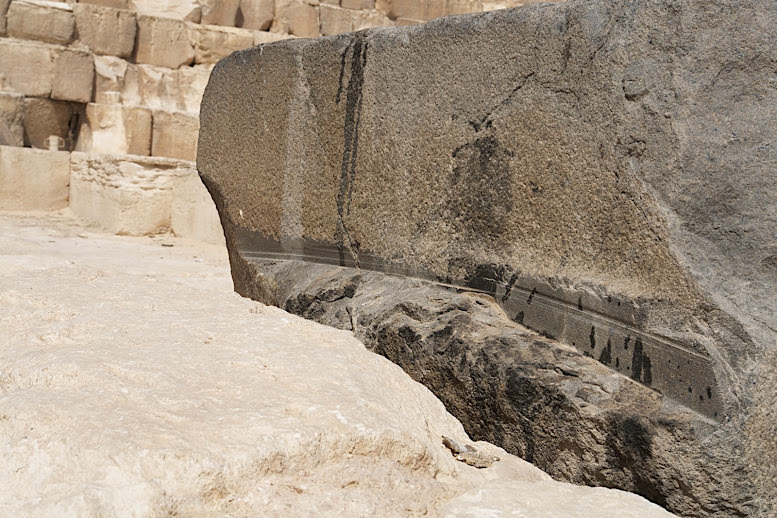 How do the authorities explain the different surfaces on this block?


Secondly, let's take a look at the Mortuary Temple of Khafre. 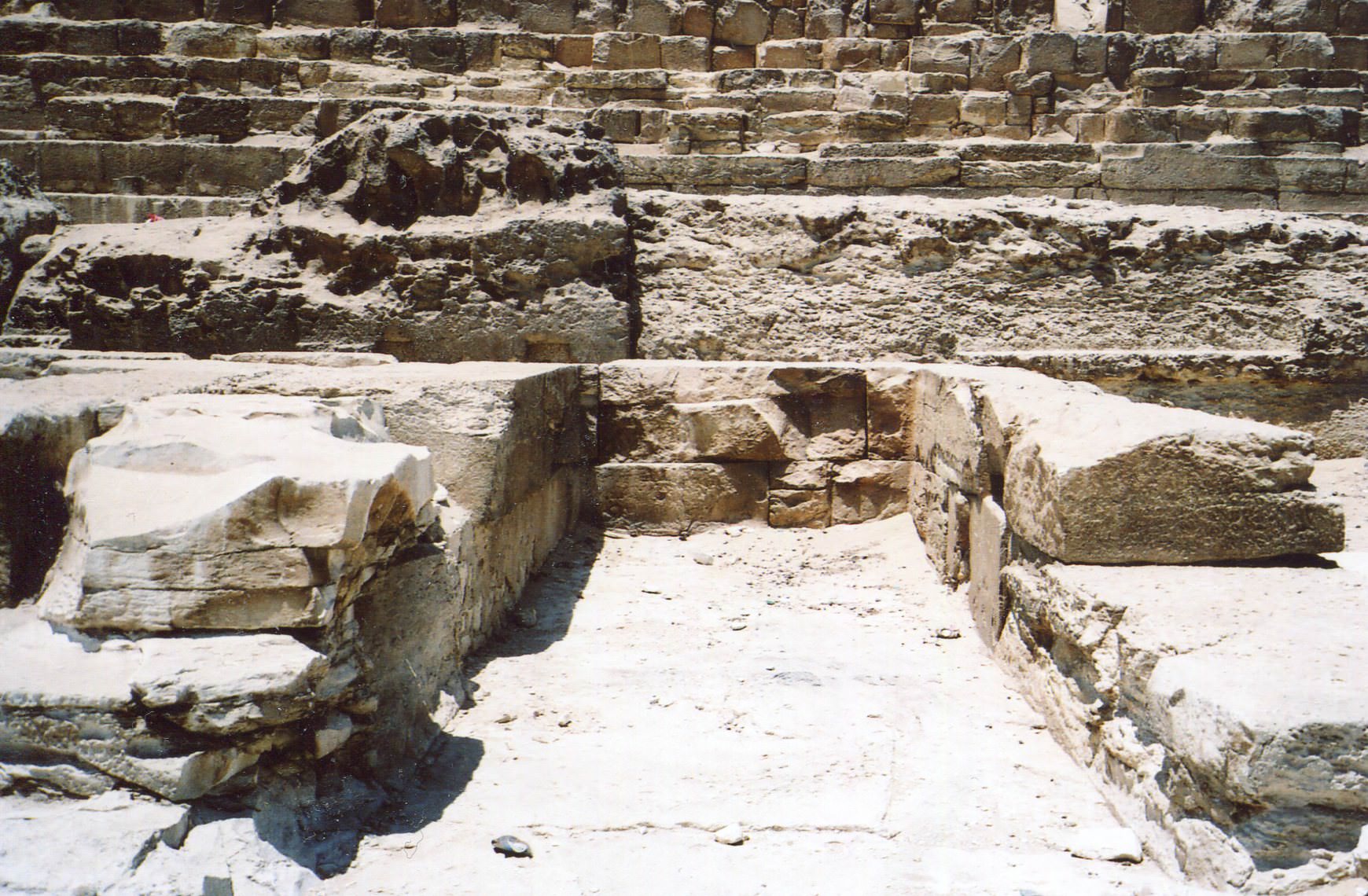 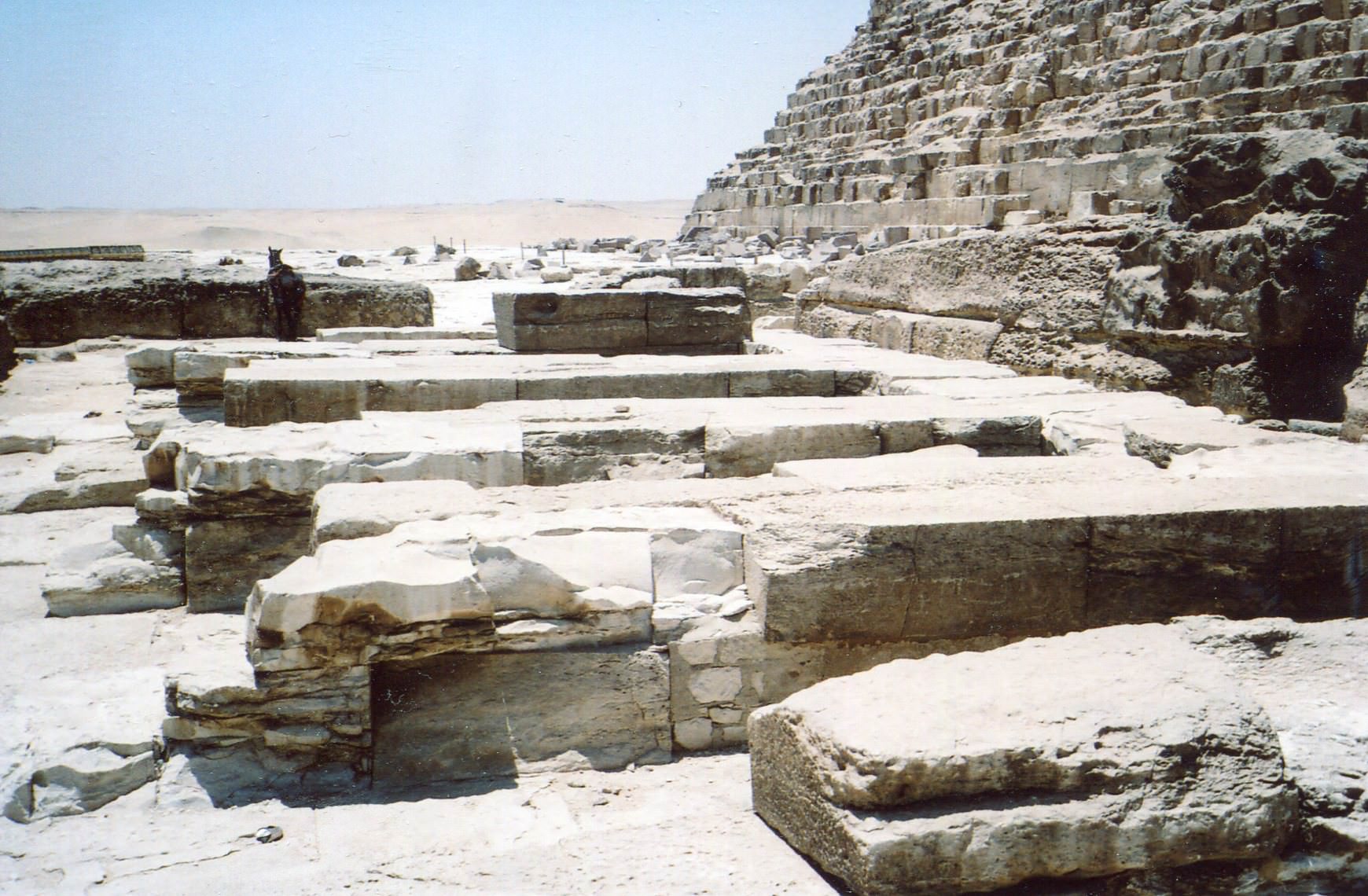 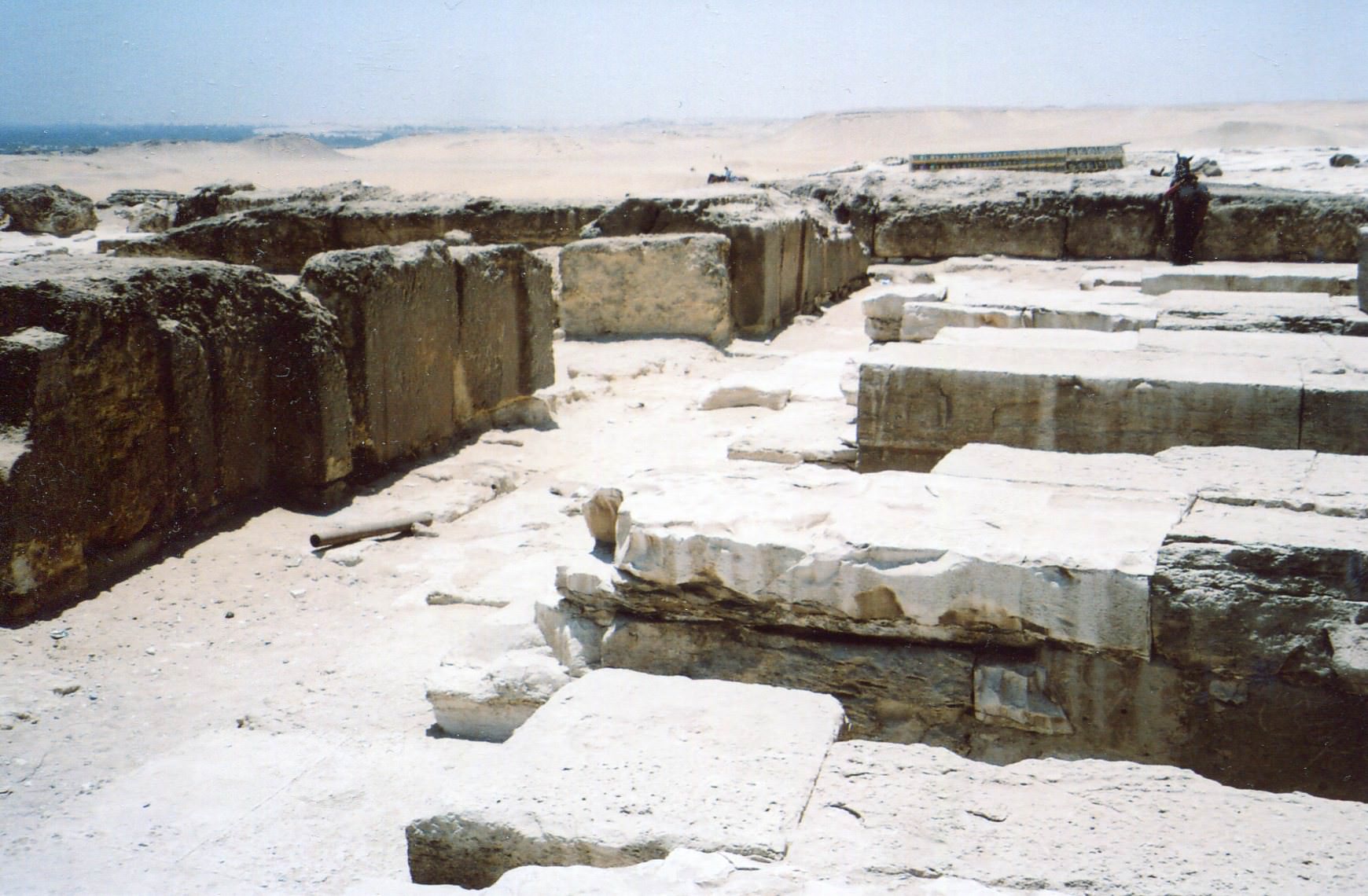 No similarity to Khufu's MT but megalithic blocks are in evidence.


Moving south to the Valley Temple of Khafre we can see distinct styles of masonry from megalithic limestone to unfinished granite to dressed granite to "vitrified" blocks to smoothly carved or molded blocks. 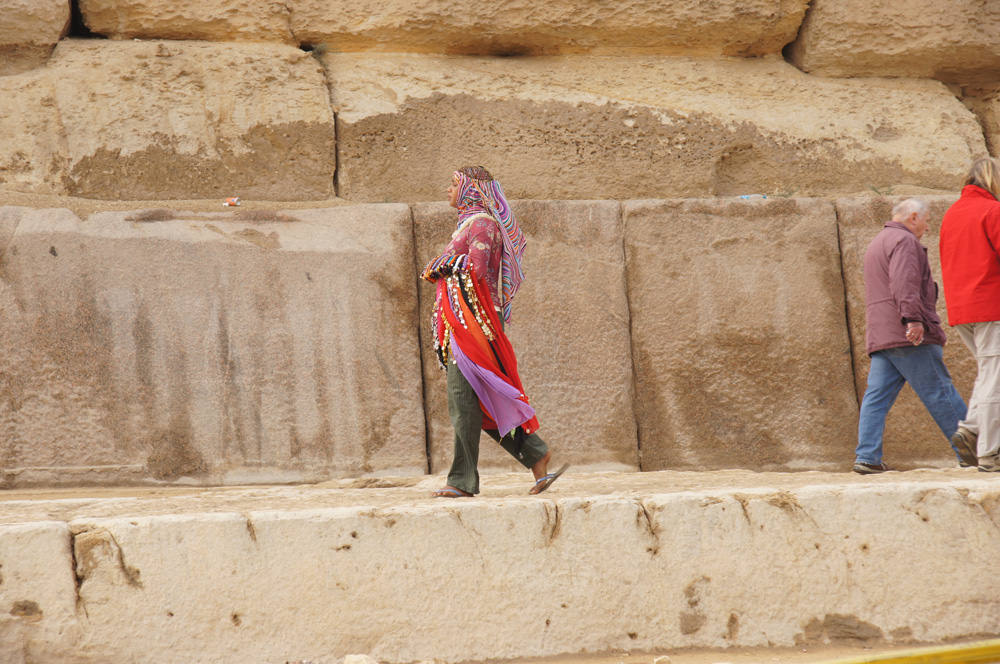 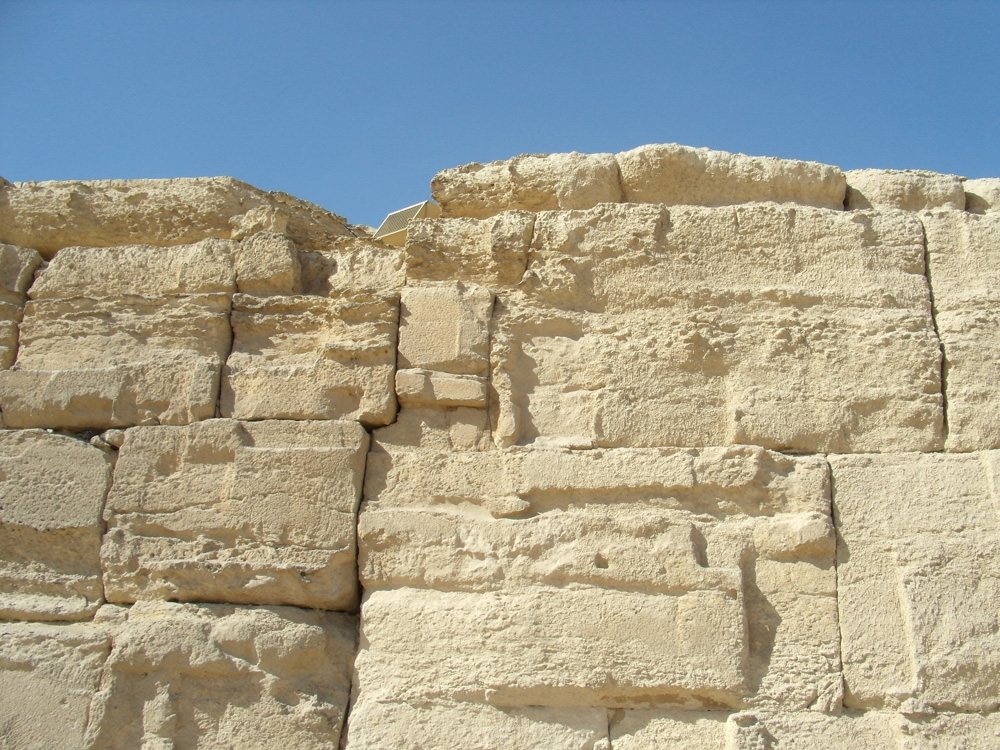 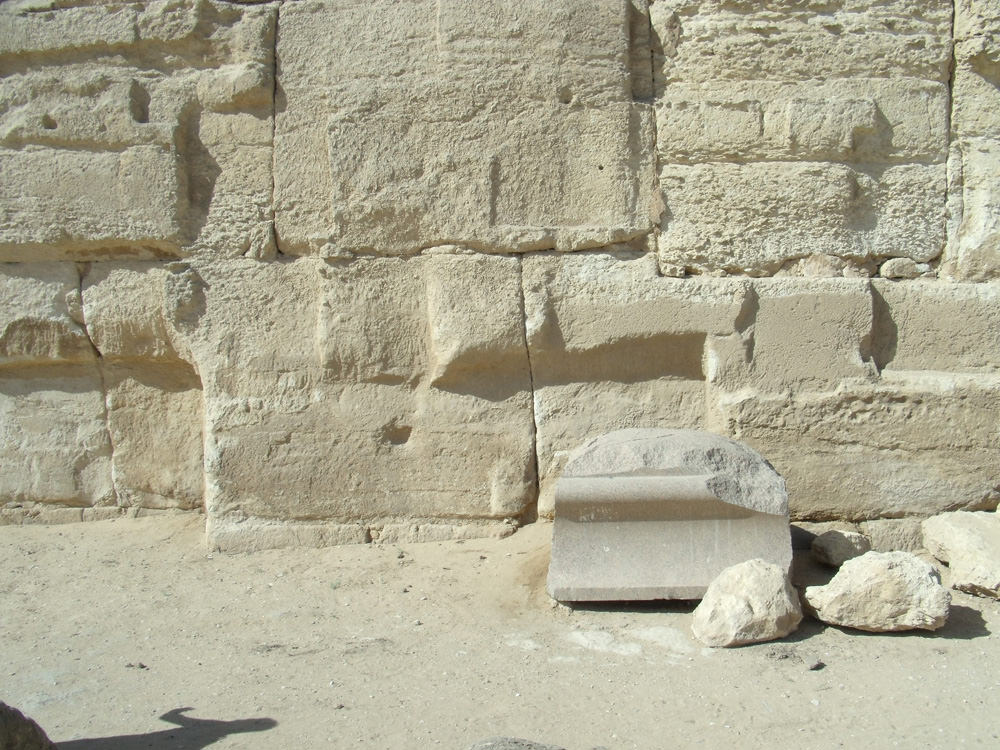 Mortuary Temple of Khafre As bizarre as it sounds, some of these megaliths appear to exhibit a molded surface. 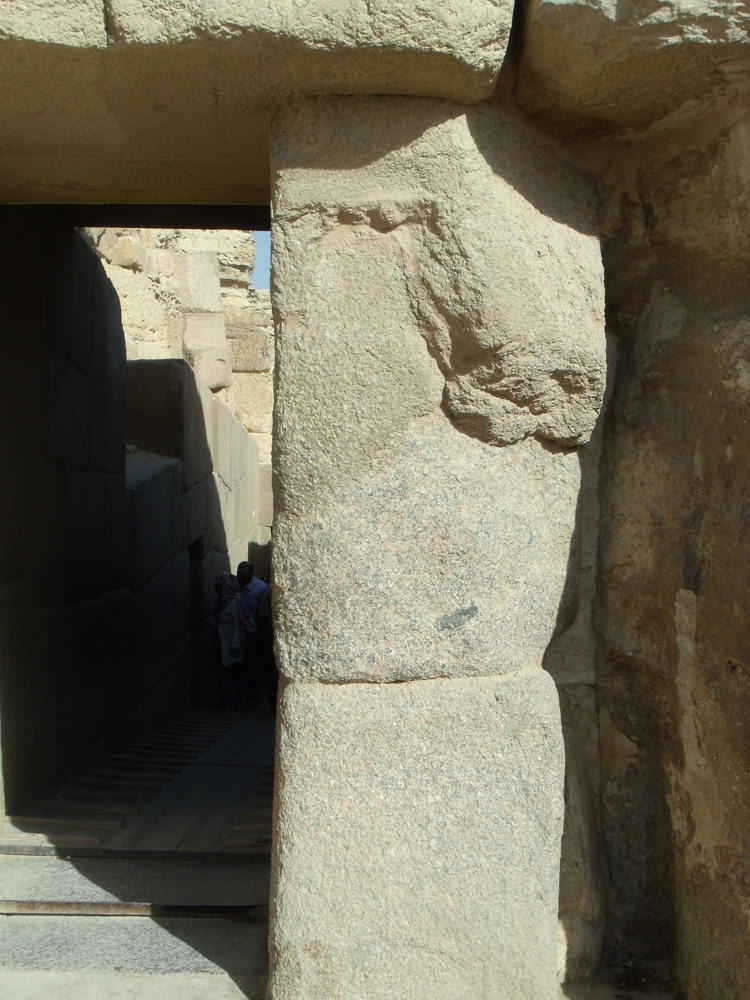 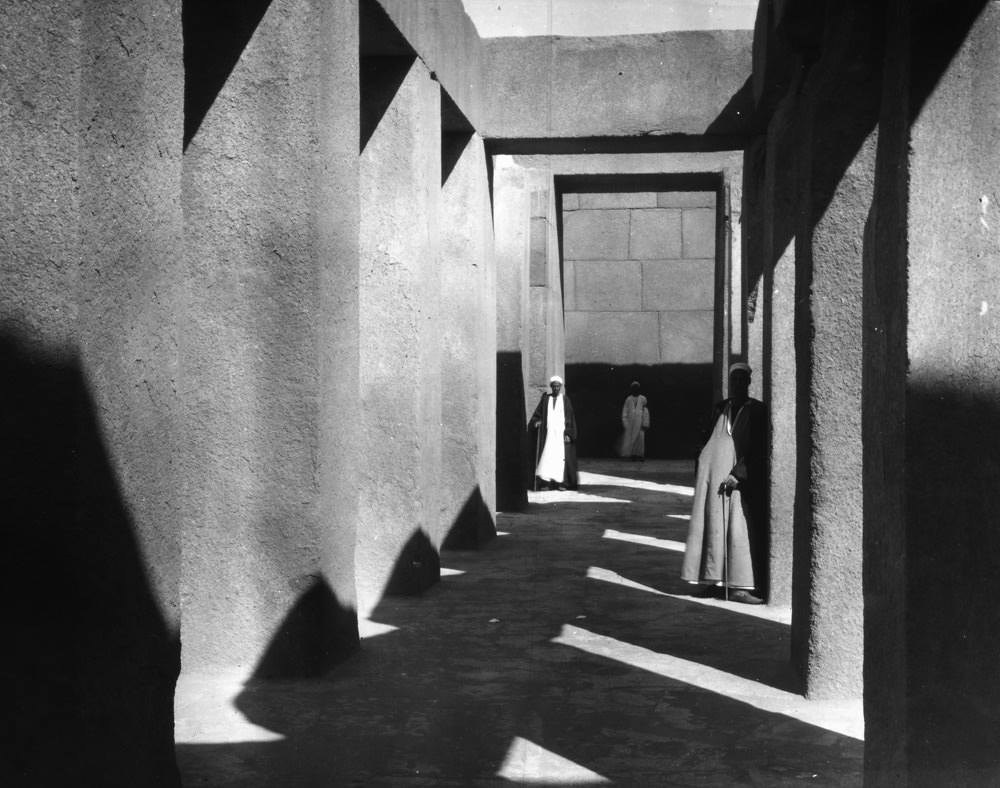 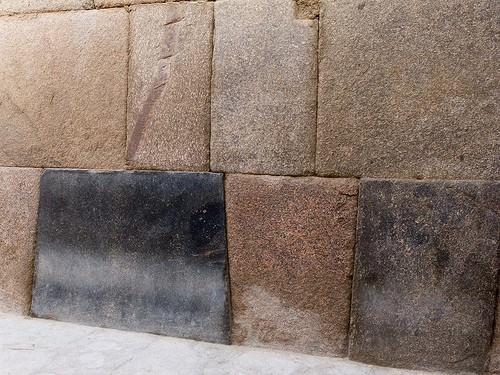 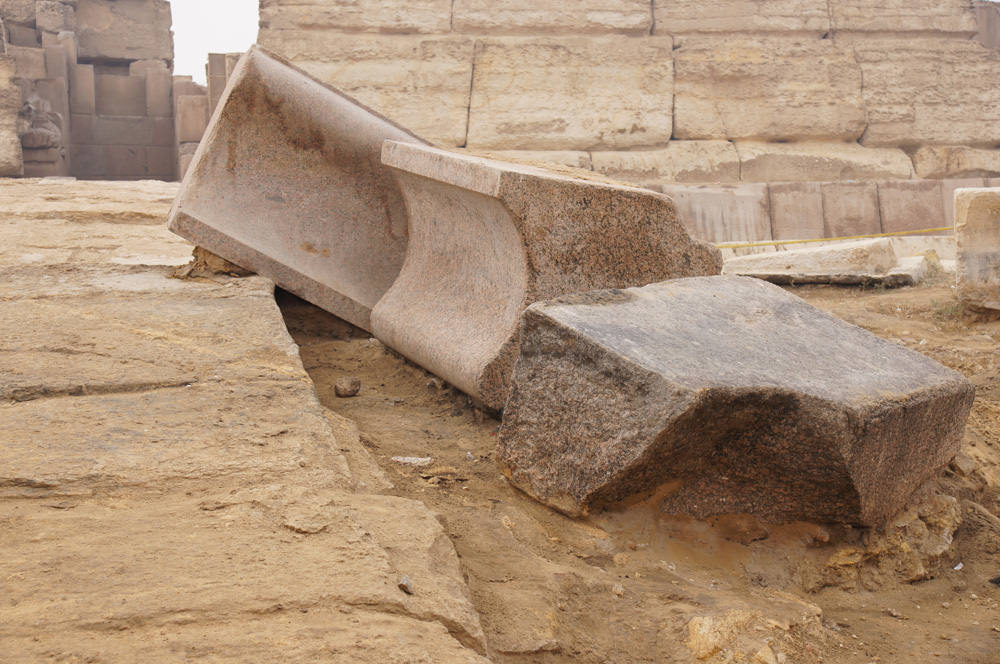 Thirdly, we move across to the Mortuary Temple of Menkaure - probably the strangest of all the temples at Giza. The megaliths at this temple are absolutely massive blocks and are some of the largest on the plateau. Even though this temple is said to be the newest of the three mortuary temples, the erosion on the some of these blocks is more severe than supposedly earlier blocks such as at the Sphinx Temple. 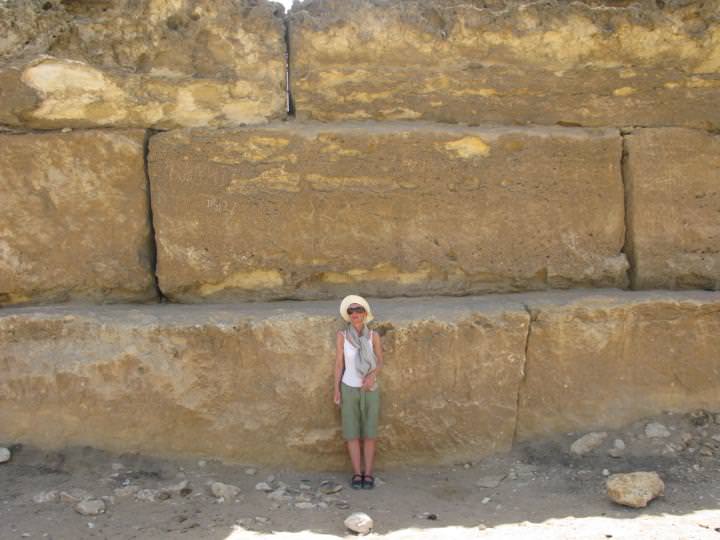 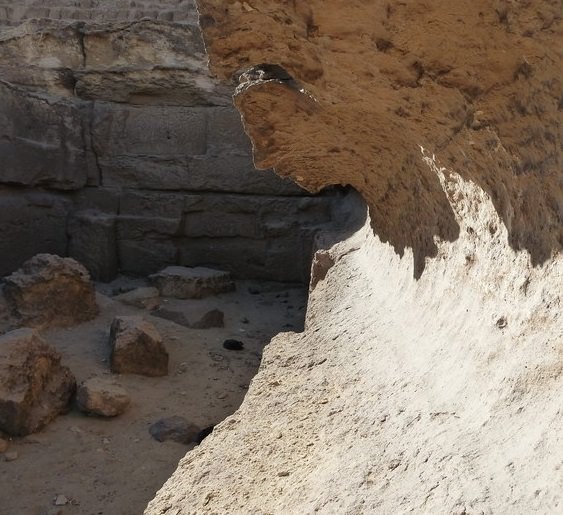 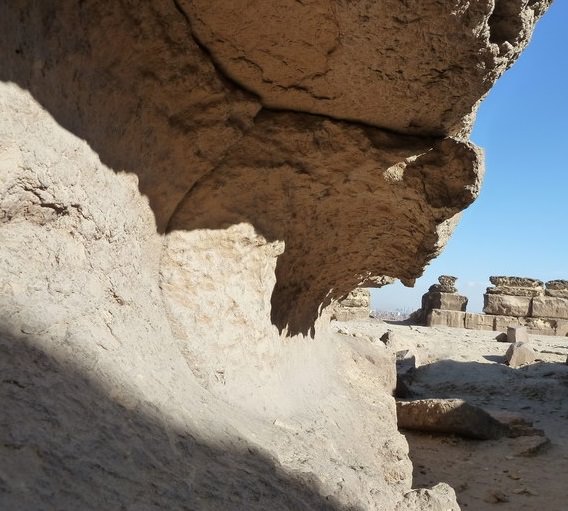 
There is no logical reason for the highly eroded temple blocks to abut the unfinished granite pyramid blocks. 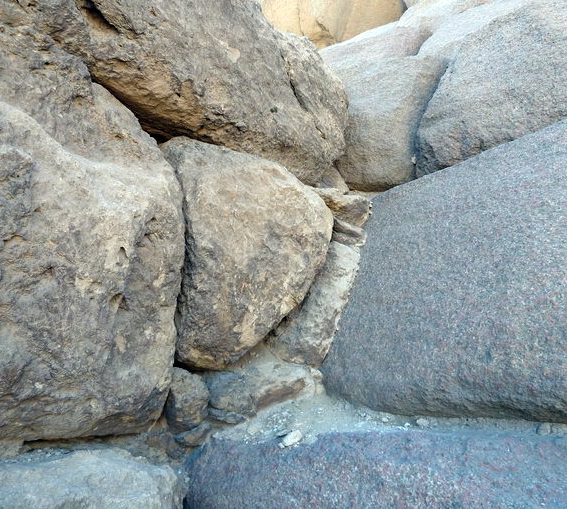 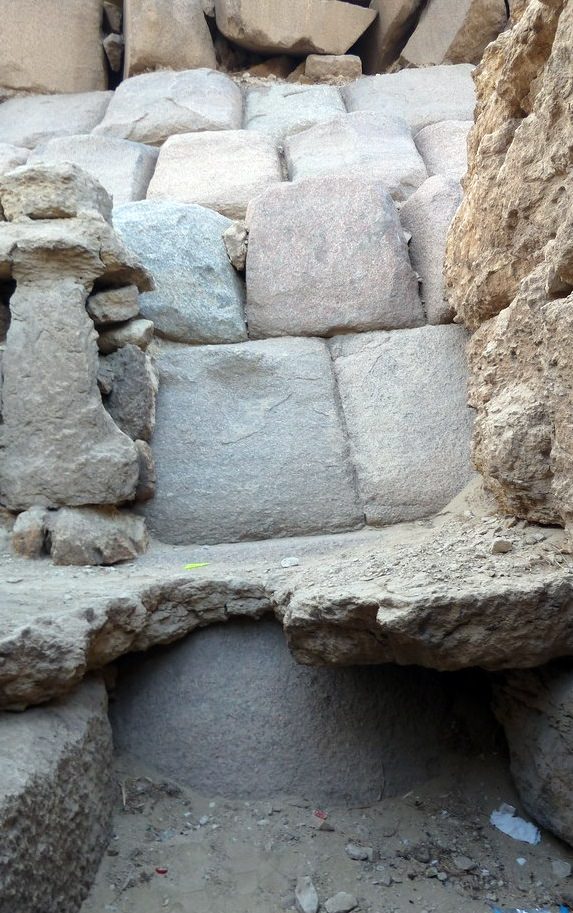 Nor is there any logical reason for the placement of uncharacteristic granite blocks haphazardly in the chiselled recesses of megaliths and finished with an adobe veneer as found by Reisner in 1906/07. 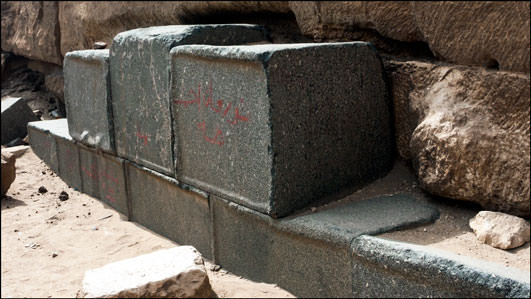 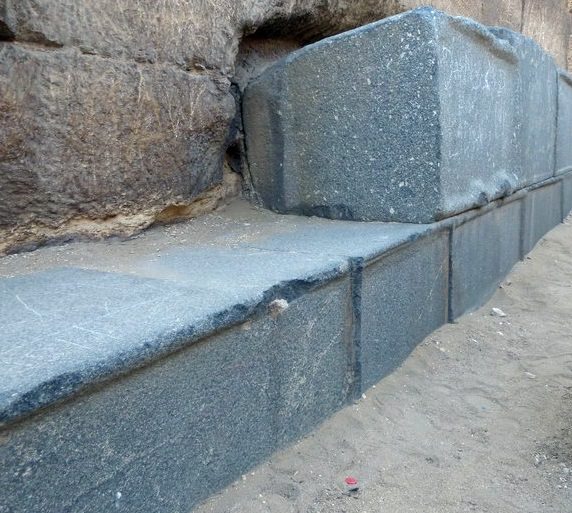 Chronologically, the evidence suggests that Khufu is not the oldest of the three Giza Mortuary Temples as it has no megaliths whatsoever, and may not even have been a mortuary temple at all. In fact, none of these so called mortuary temples may have served a funerary purpose and may have no original connection with their respective pyramids.

These temples may have been solar temples in antiquity and recorded the position of the Sun, not necessarily on an annual basis, but due to an axial shift. The Menkaure MT appears to have been modified on at least three occasions and if the adobe finish attributed to Shepsekaf is correct (ATA), then it is far older than the Pyramid of Menkaure.

The evidence that G3 has been built atop a previous structure lends weight to the theory that the Giza plateau has a construction phase prior to pyramid building and who knows what the "mound" under the Great Pyramid really is?