Thanks. But - afore ye go. I should explain why I was questioning you on the numbers in Campbell's which you preferred not to answer. (Perhaps you realised where my question was leading?) 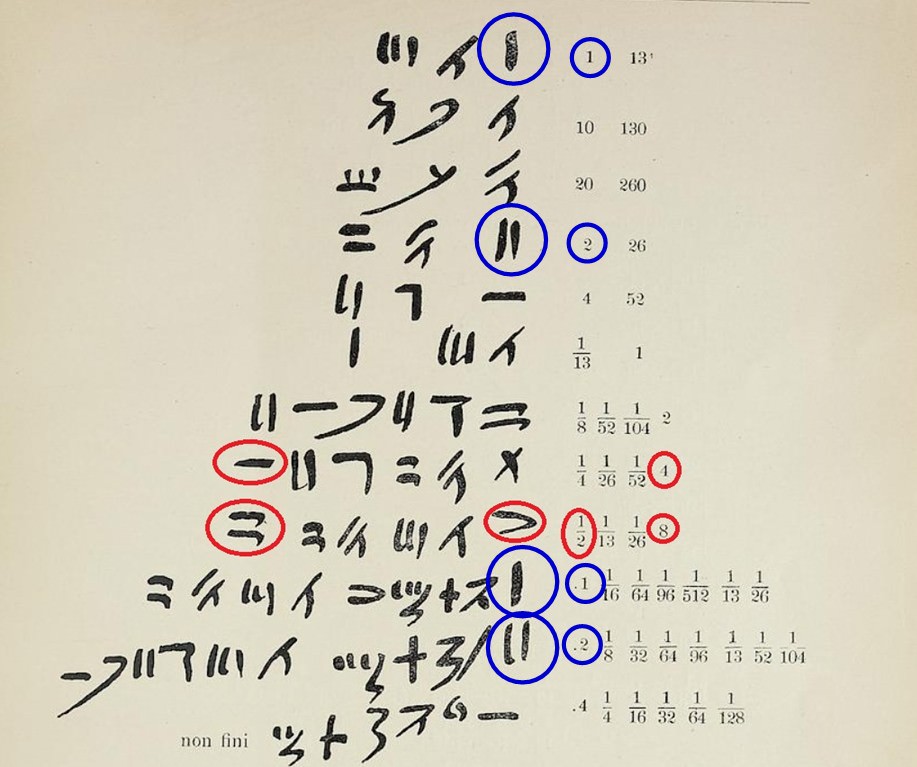 I've highlighted the numbers '1' ( | ) and '2' ( || ) in your image (above) with the blue circles. As you have noted in your diagram, the hieratic number 4 (in much later dynasties) could be represented with a single horizontal line. Two such lines would represent the number '8' (as your diagram shows).

But consider the numbers in Campbell's Chamber (as I asked you to do).... 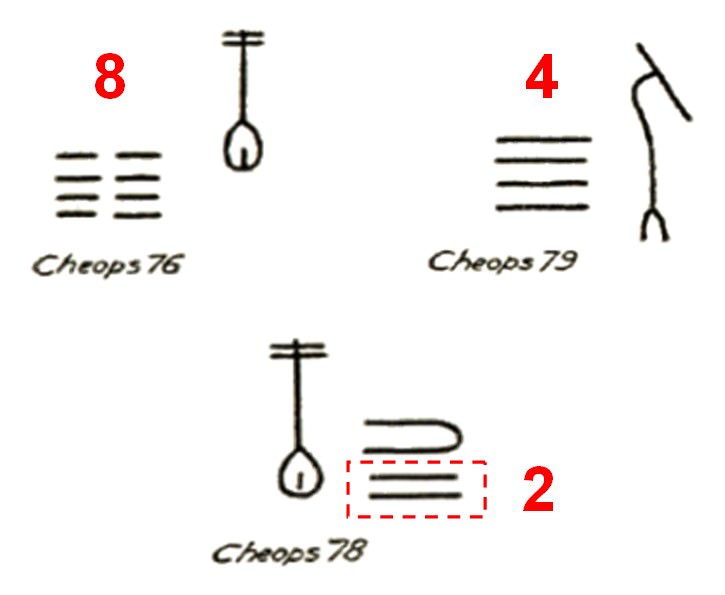 What this, of course, implies is that the lines shown in Cheops 78 cannot be the number '8' (which would have been written with 8 separate strokes) so, logically, these two strokes must represent the number '2'.

What does this mean? Well your idea that the sideways 'n' sign may represent 1/2 cannot be correct because the comparable orientation between the two signs is now wrong when these lines represent '1' or '2' as opposed to your '4' & '8'. If the unit digits in Cheops 78 represent the number '2' and the 'n' sign represents the '1/2' half sign as you suggest then, without doubt, Cheops 78 would have been written thus: 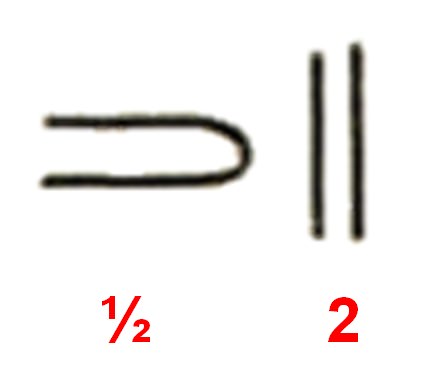 The fact that the signs in Cheops 78 (the '||' and the 'n') share the same orientation, effectively disproves that the sideways 'n' can be the '1/2' sign.

Thanks for the email and your help in trying to bring a more scientific approach to the proceedings here. However much we may agree or disagree, it is all in the pursuit of knowledge and historical truth.