Mysteries :  The Official GrahamHancock.com forums
For serious discussion of the controversies, approaches and enigmas surrounding the origins and development of the human species and of human civilization. (NB: for more ‘out there’ posts we point you in the direction of the ‘Paranormal & Supernatural’ Message Board).
Welcome! Log In• Register
Go to: Forum Home•Board•New Topic•Search
Re: Creighton article slips out unannounced
Author: Corpuscles ()
Date: June 16, 2018 02:02AM
Hi

This has possibly been mentioned before but from Mr Creighton recent "article" : 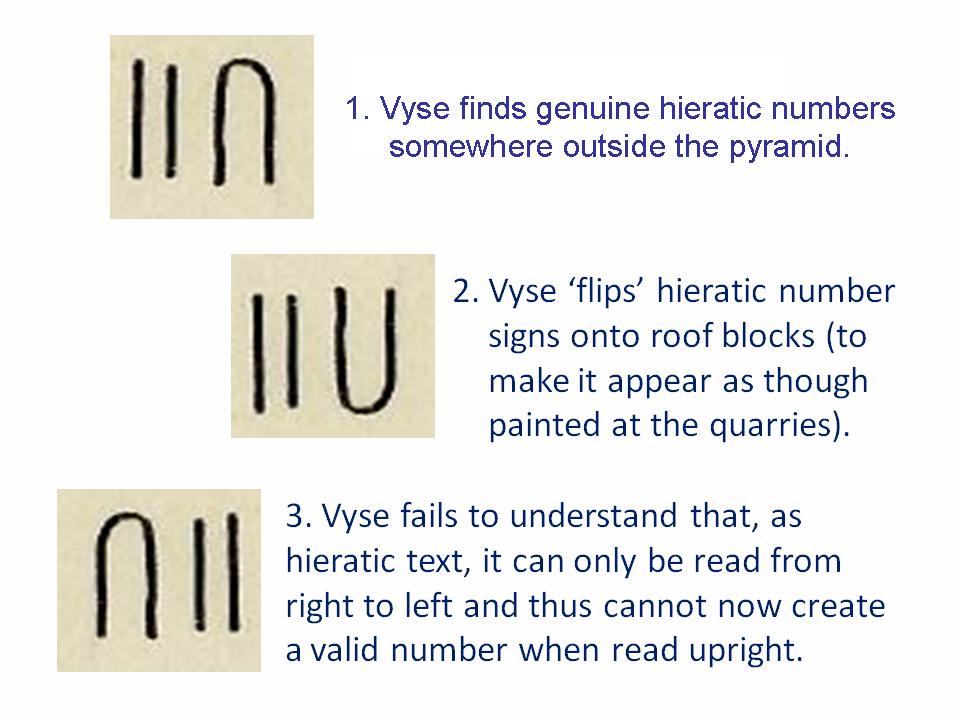 Mr Creighton seems to insist that :

- Vyse "found" cardinal numbers (ie upright )
-Presumably he "found" them somewhere*** associated, with either or both separately, with the nfr or was sceptre symbol also in a similar (edit dissimilar non upright) position.

***"somewhere" perhaps in a very secret never to emerge document?


NOW, in wishing to fool all comers he decides it ought be upside down to indicate his forgery was made as part of construction and placed upside down.

SO, instead of merely obtaining his piece of paper and turning it upside down..... inexplicably for a super duper fraudster and way ahead of his time interpreter of rudimentary hieratic almost identical to the hieroglyphic equivalent of cardinal numbers.....

….. HE THEN DECIDES (STUPIDLY) to place a mirror to his page to determine what it would look like upside down!!!!