Mysteries :  The Official GrahamHancock.com forums
For serious discussion of the controversies, approaches and enigmas surrounding the origins and development of the human species and of human civilization. (NB: for more ‘out there’ posts we point you in the direction of the ‘Paranormal & Supernatural’ Message Board).
Welcome! Log In• Register
Go to: Forum Home•Board•New Topic•Search
Re: Bend in the Menkaure causeway
Author: Dr. Troglodyte ()
Date: June 05, 2018 09:12PM
Romulus the 2nd Wrote:
-------------------------------------------------------
> Right, the red rectangle is the possible second
> temple. The third is the mastaba of queen
> Khentkawes, which can clearly be seen in the last
> picture I posted.
> According to egyptology, this mastaba grave is
> part of the original Giza-plan, as Khetkawes was
> possibly the wife of Menkaure.
>
> I think it's possible that this mastaba grave is
> again one of the many structures at Giza that
> might be misinterpreted by egyptologists. This
> could be the original valley temple of Menkaure -
> The new causeway I discovered ends at this
> building or the red rectangle structure (if it
> exists). What is now called the valley temple of
> Menkaure might be a completely different
> building.
>
> But it's all theory. I understand that if you're
> looking for a causeway then you have to look for a
> valley temple that connects it to the causeway.
> But also, what is known about this causeway? Is it
> really true that half of this causeway is a big
> mystery? I mean, thousands of people write
> complete theories and books about the so-called
> "Giza plan" and threads on this board like "The
> Giza Plan: Further findings" but... Nobody knows
> that the Menkaure causeway is a big mystery?

In 1908 and 1910 Harvard University, in conjunction with the Boston Museum and under the auspices of George Reisner, excavated Menkaure’s Valley Temple at the eastern terminus of the Causeway: 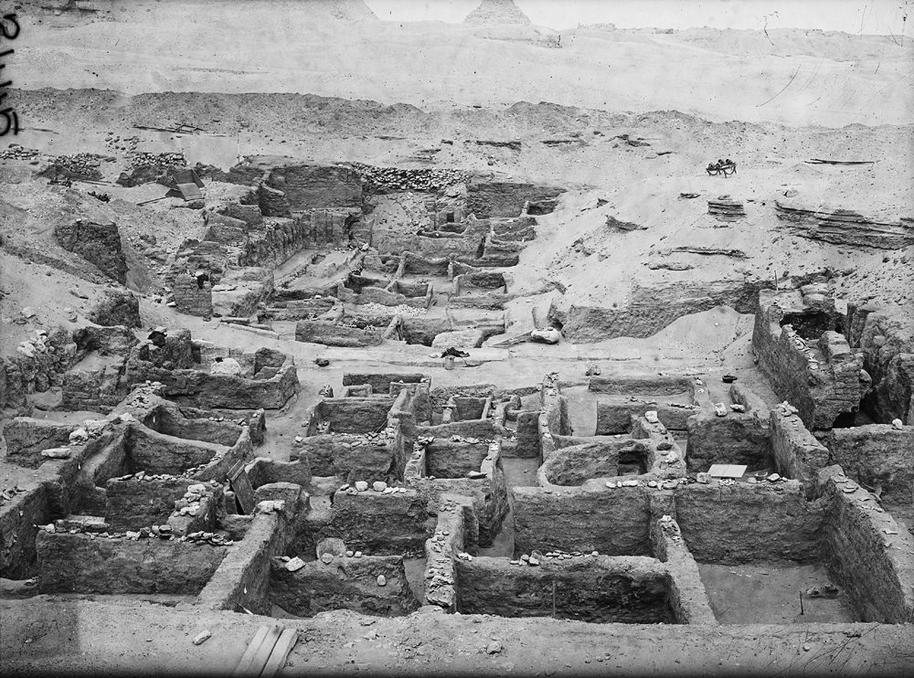 In the below image, Khentkawes’ Monument is visible in the upper left hand corner: 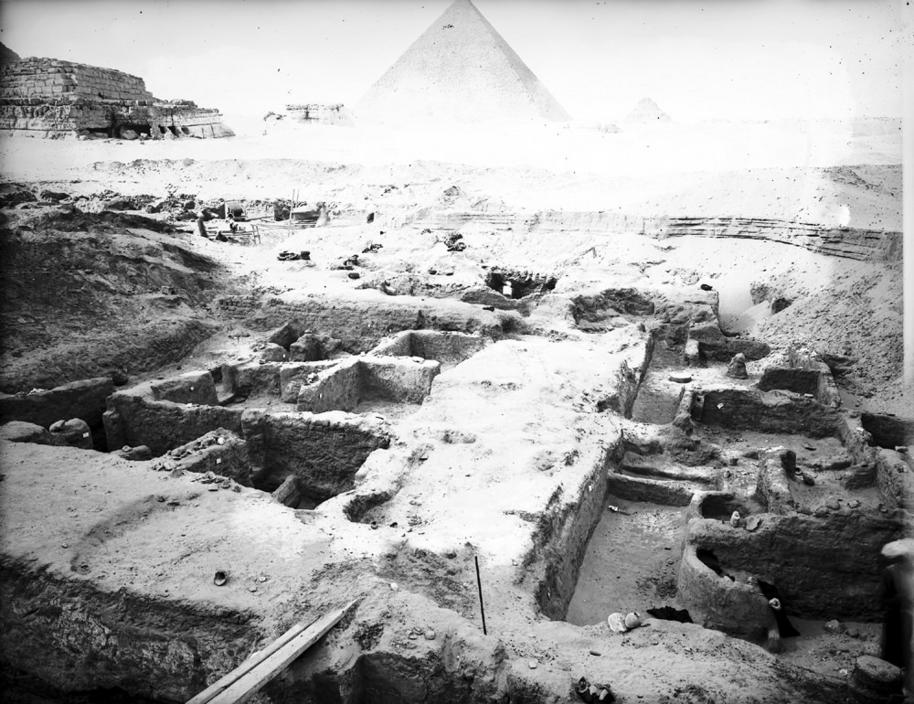 Subsequently, the excavation was left to the elements, much to the vexation of modern archaeologists:

It was/is located at the foot of Menkaure’s Causeway and is now only faintly visible in the satellite image below: 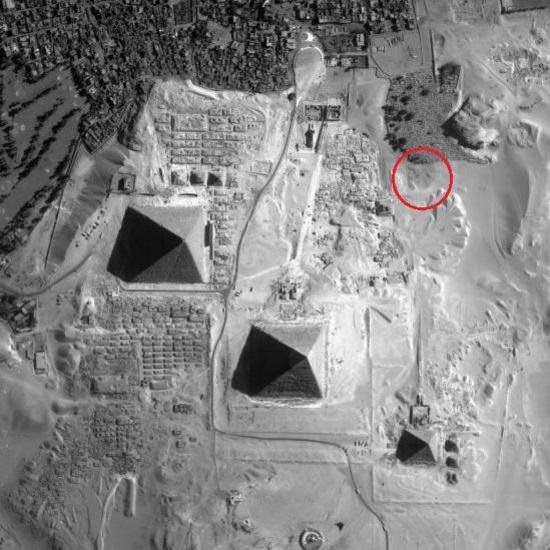 The area identified in the OP appears to be an excavation debris mound; possibly from Lehner’s recent (adjacent) Khentkawes’ Town excavations: 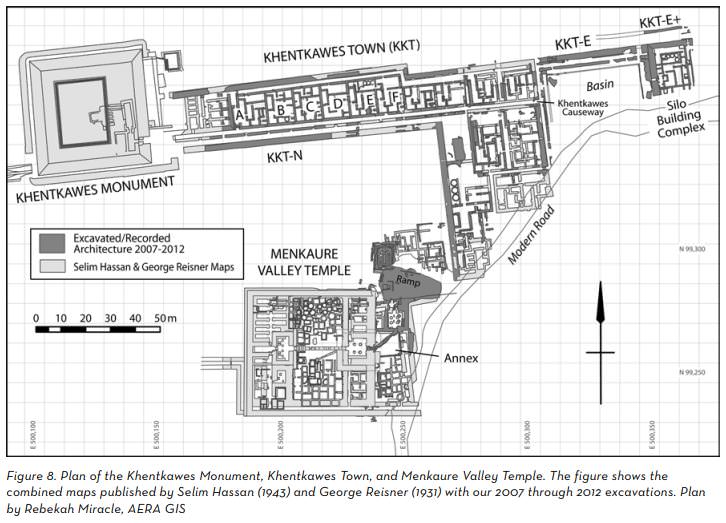