Mysteries :  The Official GrahamHancock.com forums
For serious discussion of the controversies, approaches and enigmas surrounding the origins and development of the human species and of human civilization. (NB: for more ‘out there’ posts we point you in the direction of the ‘Paranormal & Supernatural’ Message Board).
Welcome! Log In• Register
Go to: Forum Home•Board•New Topic•Search
Re: The First Question
Author: Barbelo ()
Date: September 26, 2018 04:45AM
Just discussing a few images. 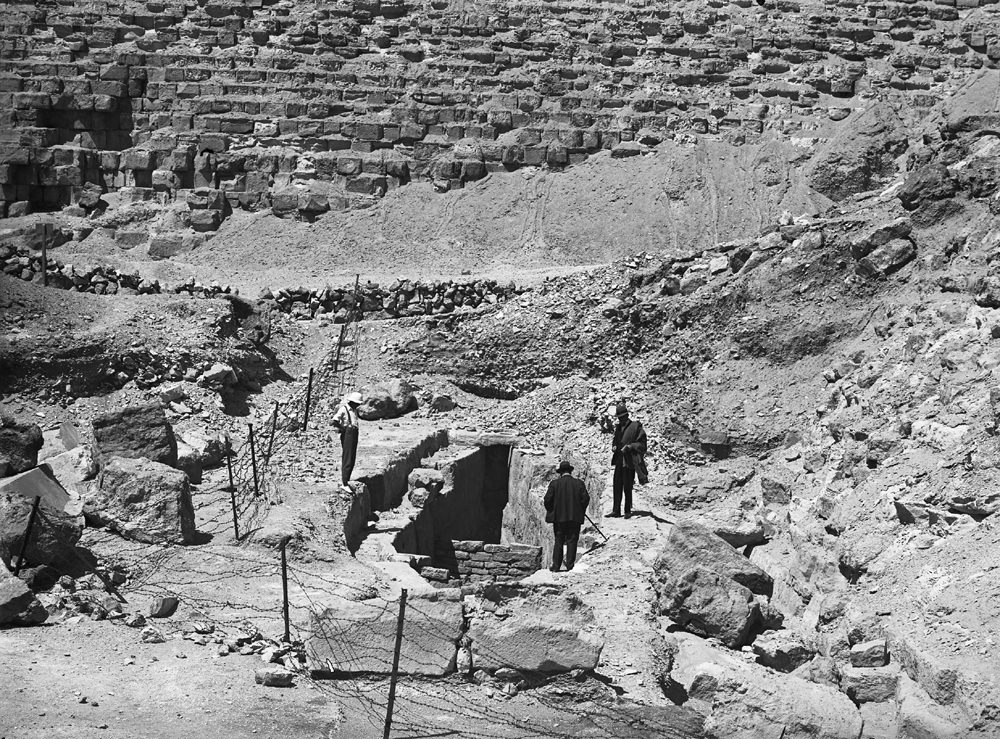 The blocks to his right may be in the vicinity of 20 feet high.

After his excavation was complete we get this. 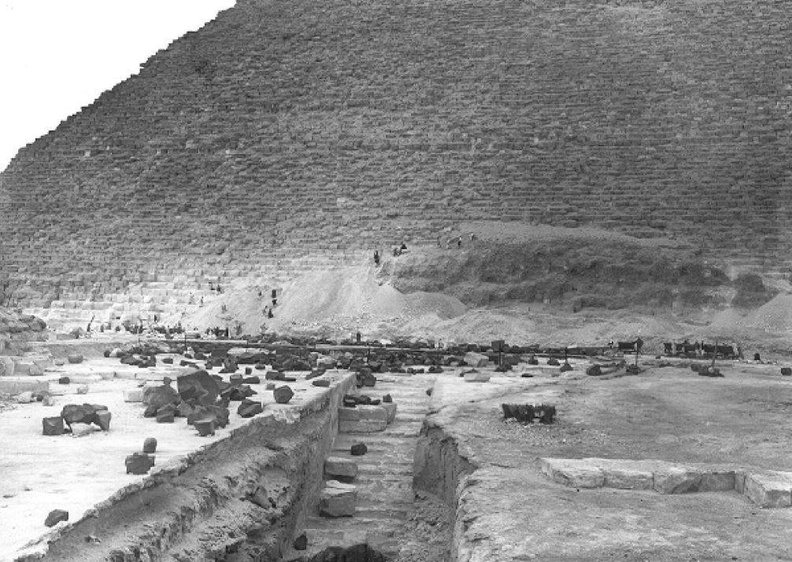 What happened? Did Reisner or someone else clear them away?

(2) This image of yours seems to indicate that the block work is nearly horizontal. Is this the case? If it is, then this construction may be a base for a building of some sort. 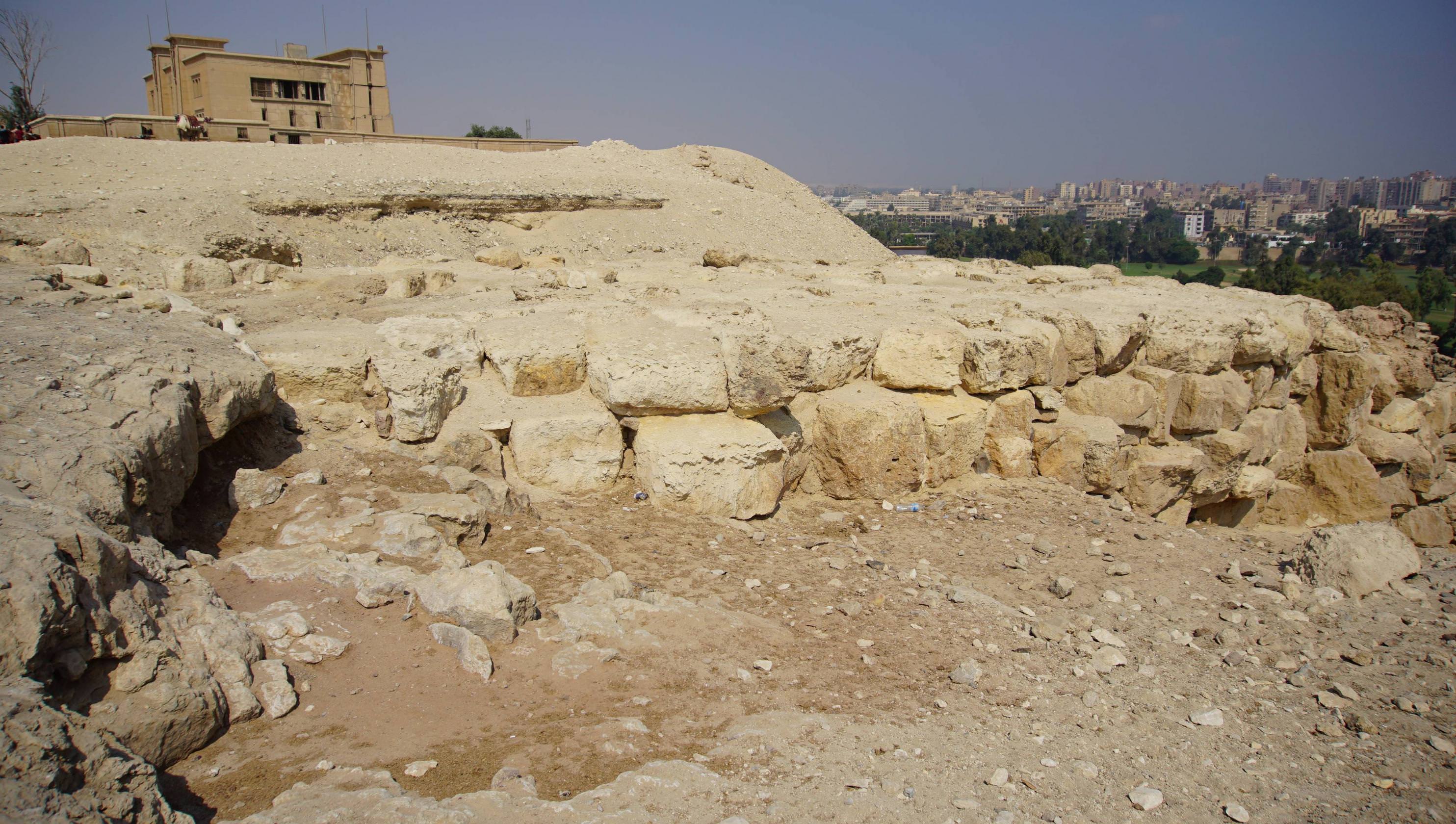 (3) This block appears to have been chiselled out for a socket hole. Perhaps, a socket for a pillar, column or obelisk. It would have been substantial in size. Interesting to find a counterpart to support a lintel. 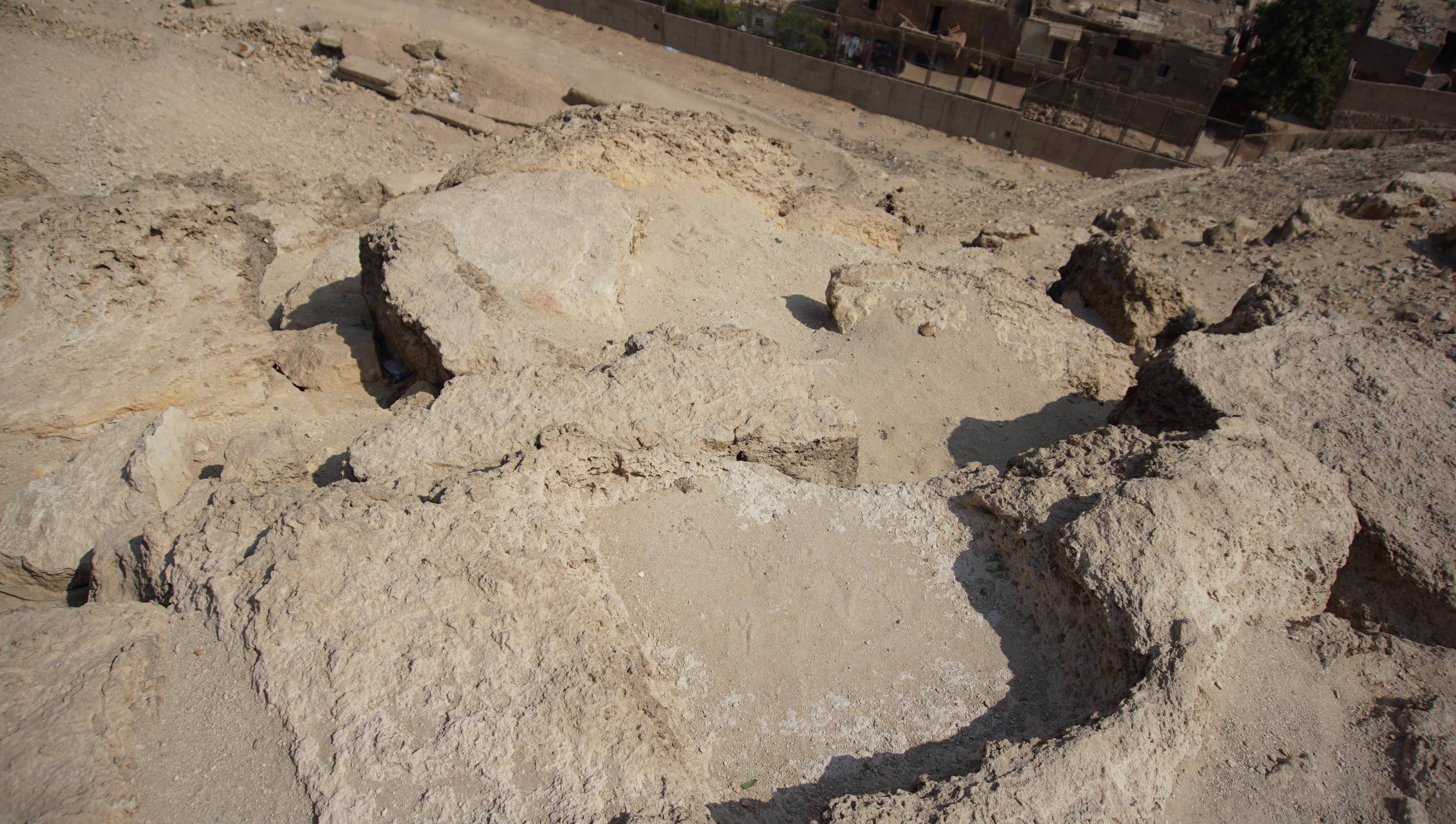 Khufu's Causeway was enclosed. Maybe it terminated at a temple. However, Reisner's excavated blocks appear to have been laid on a batter, indicating a pyramid.

I'm still not convinced that the basalt platform is Khufu's Mortuary Temple. Why would Khafre's and Menkaure's MTs feature highly eroded megalithic blocks if constructed reasonably contemporaneously with Khufu's?