Mysteries :  The Official GrahamHancock.com forums
For serious discussion of the controversies, approaches and enigmas surrounding the origins and development of the human species and of human civilization. (NB: for more ‘out there’ posts we point you in the direction of the ‘Paranormal & Supernatural’ Message Board).
Welcome! Log In• Register
Go to: Forum Home•Board•New Topic•Search
Re: Causeways or Sand?
Author: Steve Clayton ()
Date: June 03, 2018 01:06AM
Jon Ellison Wrote:
-------------------------------------------------------
> Corpuscles Wrote:
>
> > I am guessing, but an academic or professional
> > consultant will honour the clients information
> > requirements regardless of how silly or
> > impractical they might consider the overall
> > strategy. I think Fabio, assuming he had the
> > basics of your overall concept, would have
> likely
> > leaped ahead in his mind somewhat and saw the
> > major complications of building a device strong
> > enough to contain massive weight of water
> (stress)
> > and need for baffling to avoid slosh and
> > agitation. He started to get into complicated
> > things like resonance issues etc.
>
> I tend to agree. I suspect Fabio immediately
> recognised and therefore addressed anything that
> he saw as a possible shortcoming. Hence his
> zeroing in on the structural integrity of the
> large wooden rectangular water container.
> Wooden beer barrels are the shape they are for
> good reason. Nothing whatsoever to do with cute
> aesthetics.

In the below picture, both angles are the same, just as if side by side, ie the causeway. As in the Object on a slope, we show 60,000 lbs. It is a simple mirror of itself, and in a state of near Equilibrium. Using the calculator we have 4.6 with a cof. of .08. This formula will accelerate .176293 " per second.

The fact that it is a double incline plain, makes no difference at all, as all things are equal. A state of Equilibrium, without static, has been achieved.

What has been missing in everyone's understanding is, we are beyond static, and normally it would accelerate downward, thou it can't due to the counterweights equal conditions. Because it is out of a static rest, and in a state of equilibrium, it will move in either direction with very little effort. The static factor has been eliminated, and absorbed/balanced into the equation. The static is still there, though no longer can hold either weight from movement.

If the calculator gave us a 0.0000 result of acceleration, then we would need to over come some static amount. But, we are not at a static rest, we are balanced, and out by .176293 " of acceleration. The important factor, is that we are "beyond static, and balanced".

What we need now is a friction factor for the pivot. As this will affect the above conditions. If the pivot friction is too much, we will once again return into a static position. Lower the cof slightly, and it will absorb the friction amount, and place it back into neutrality. The pivot below is approx. 18' wide, with Ebony and a greased polished stone. It would be better if a dozen ropes spread out and distributed the pressure. The other factor is the psi placed on the surfaces. You actually found those figures, and it is posted below. the Barge is 10 x 30' = 300. 300 x 2 tons (4,000 lbs.) = 1,200,000 lbs. It will protect the surfaces. We are at 40,000 and/or 60,000 lbs.

Men with ropes can easily control the above conditions. If you were to cut the rope in the middle, both weights would descend to the bottom. 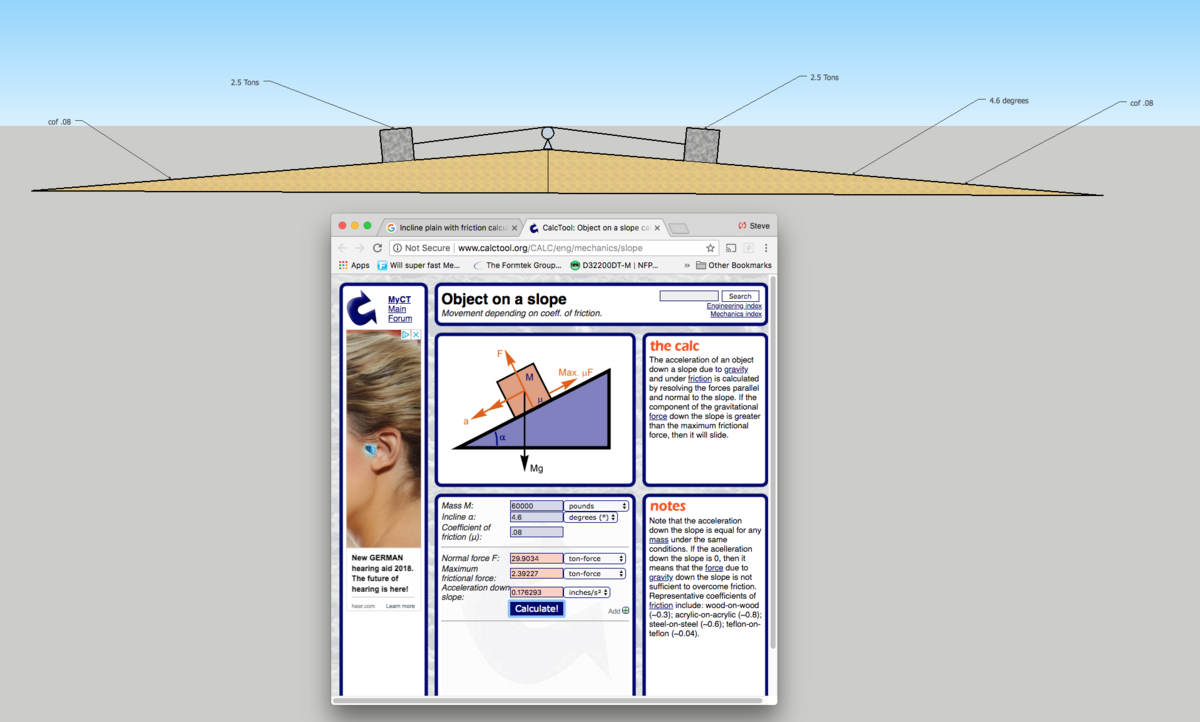 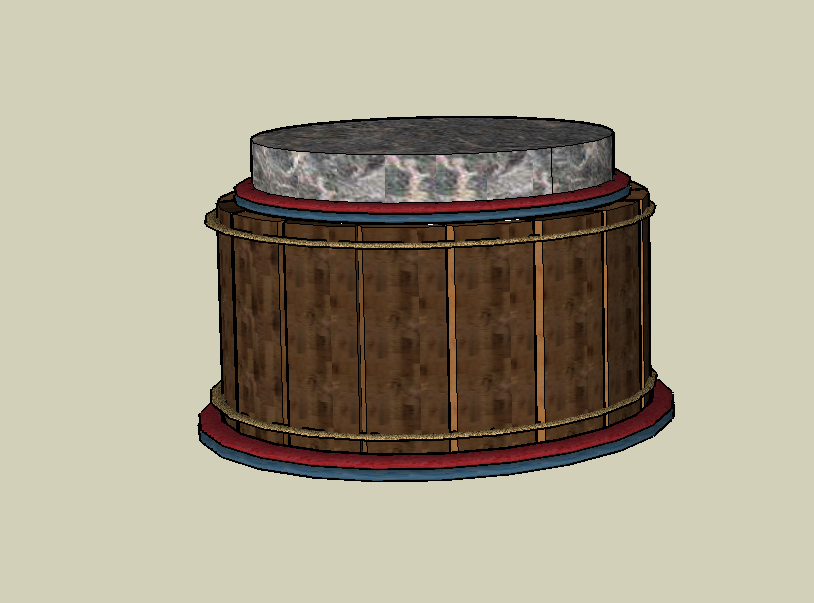