It seems odd Shepseskaf would dedicate his reign to finishing the work attributed to Menkaure, poorly at that, yet the pharaohs that preceded him did not feel the same sense of duty to each other. Menkaure, for example, supposedly could not be bothered with finishing the Sphinx Temple begun by his father? And Khafre supposedly built the VT yet dismantled parts during his own reign to build the Sphinx Temple and didn't even finish that?

I find the idea these projects beginning and ending with each pharoah only to be forgotten and a new building program begun by the next absurd. It speaks more to me, among other reasons, that many projects were worked on concurrently, not separately by each pharaoh only to be left in whatever state of completion upon their death.

> One suggestion is that it may be a section of an
> ancient perimeter wall which defined an earlier
> space as indicated on the Google Earth image
> below. 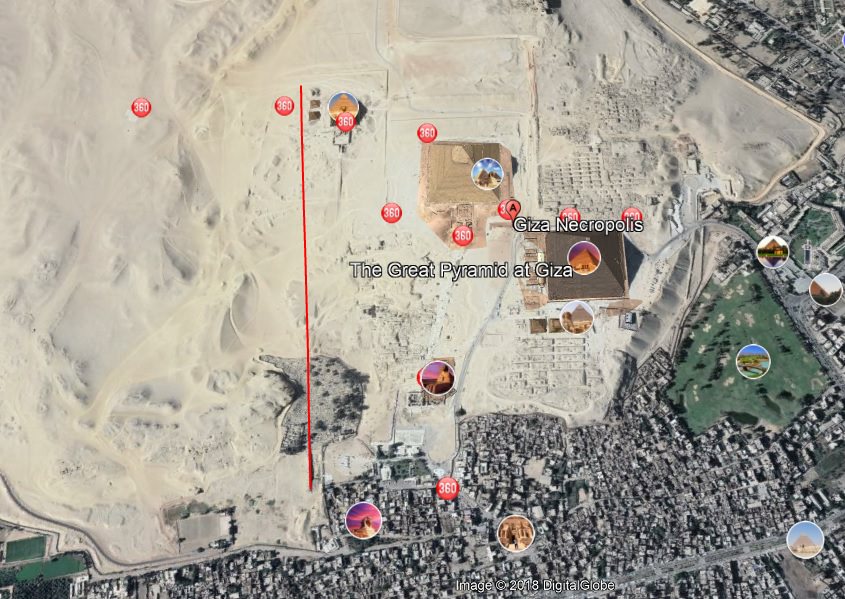 Again, unless there were special circumstances that necessitated such a substantial wall, which I'd sure like to know what, there would be no point to build it this way and would be unlike every other large enclosure wall built before, during, and after this period. 33ft high and 33ft wide made of stone blocks does not strike me as "wall", but rather a road.