Mysteries :  The Official GrahamHancock.com forums
For serious discussion of the controversies, approaches and enigmas surrounding the origins and development of the human species and of human civilization. (NB: for more ‘out there’ posts we point you in the direction of the ‘Paranormal & Supernatural’ Message Board).
Welcome! Log In• Register
Go to: Forum Home•Board•New Topic•Search
Khufu Causeway
Author: Barbelo ()
Date: May 20, 2018 10:37PM
Of all the causeways, the Causeway of Khufu is the strangest. 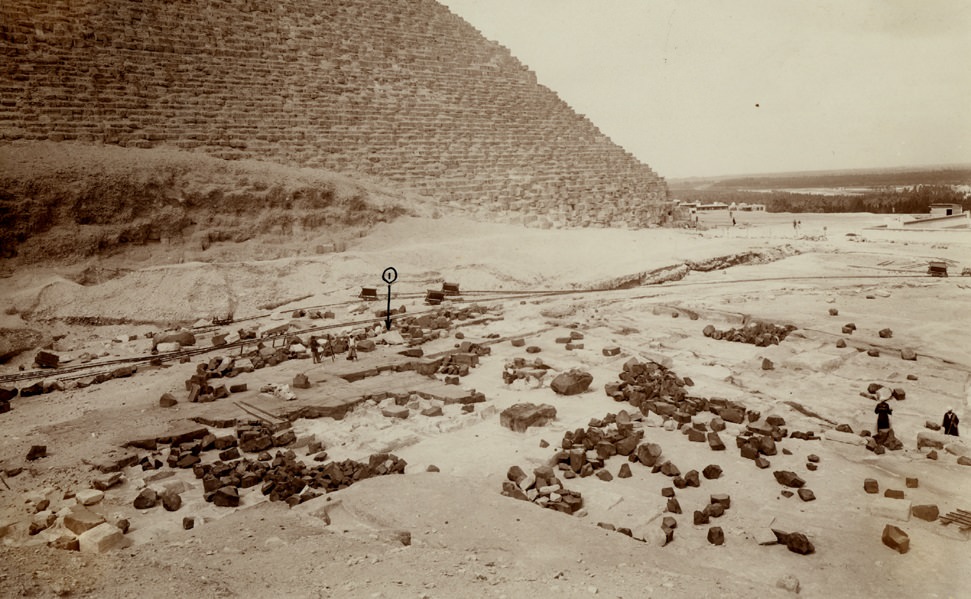 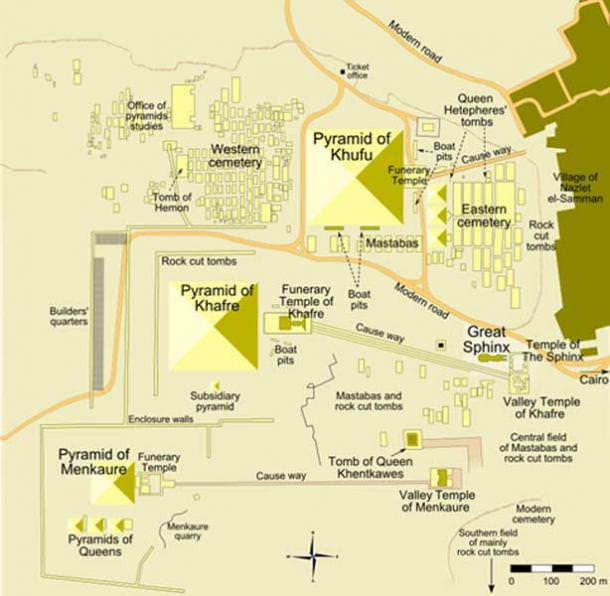 Giza Ground Plan Although it was possible to build the Causeway at right angles to the pyramid ie due East, the builders constructed the Causeway at an angle of 14 degrees North of East. Why?

Khufu Causeway The causeway actually ends its plateau length at the end of a cliff. Hardly practical for transportation of heavy materials or as a Processional Way.

The Valley Temple of Khufu is believed to lie buried beneath the modern village of Nezlit el Samman, now a suburb of Cairo. How could this be? The two are separated by a cliff which is 30-50m high in places. 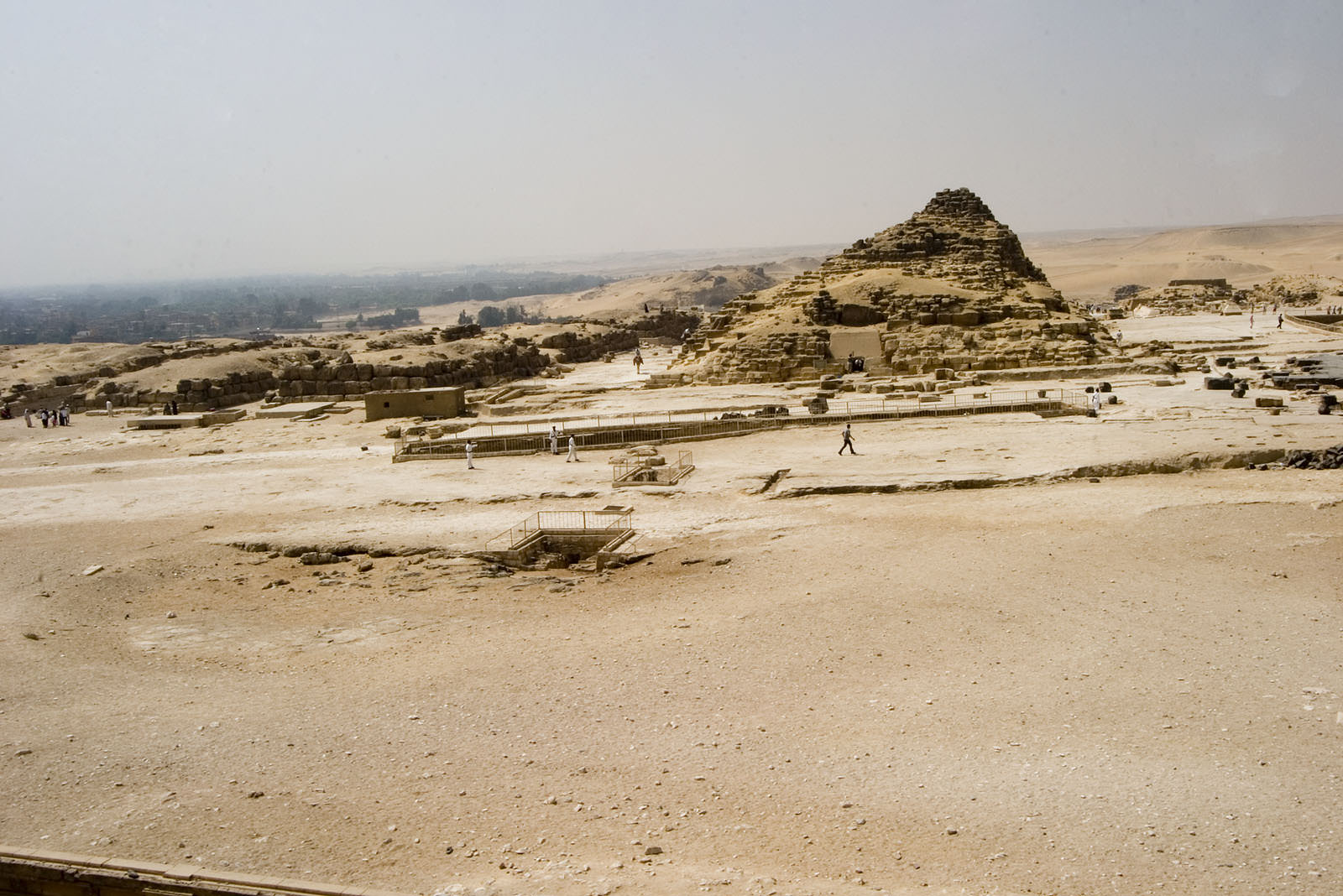 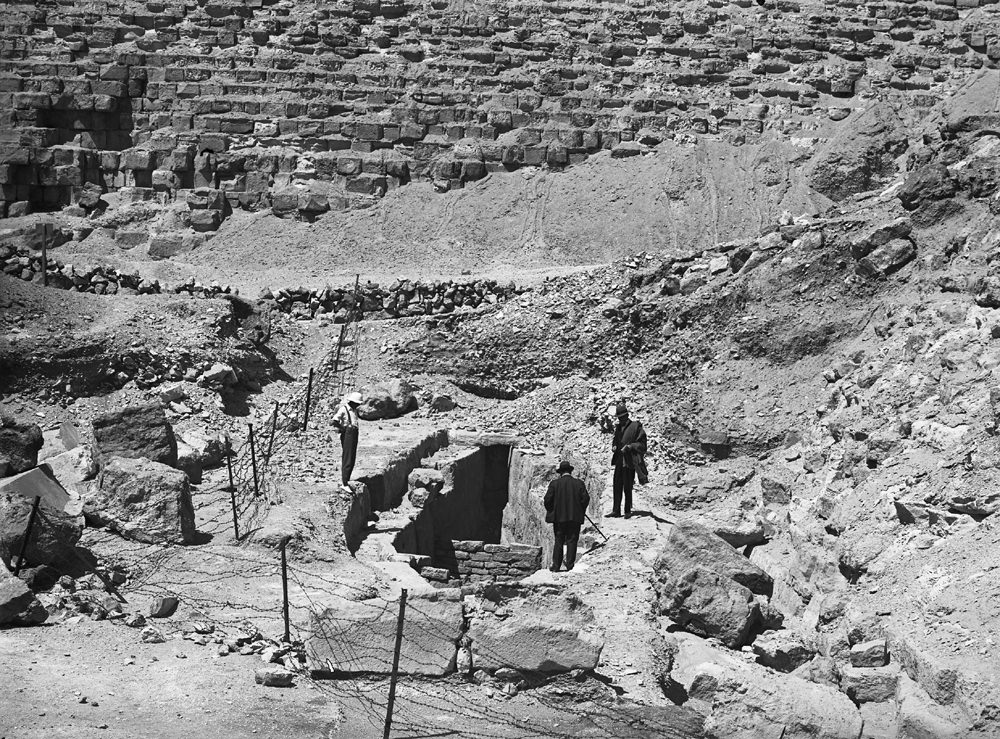 Eastern Boat Pit Adding to this questionable theory is the fact that a boat pit was discovered which had been constructed in the causeway. Did the boat buriers not know that this was the Causeway of Khufu? It isn't as though they were cramped for room. Interestingly, when the boat pit was excavated in 1938 it contained no boat.

From where did the enormous amount of detritus surrounding this boat pit come? It's not just sand.