Mysteries :  The Official GrahamHancock.com forums
For serious discussion of the controversies, approaches and enigmas surrounding the origins and development of the human species and of human civilization. (NB: for more ‘out there’ posts we point you in the direction of the ‘Paranormal & Supernatural’ Message Board).
Welcome! Log In• Register
Go to: Forum Home•Board•New Topic•Search
Khafre Causeway
Author: Barbelo ()
Date: May 19, 2018 10:05PM
The Khafre Causeway poses an interesting question as to its use. The question is, "What came first - the Causeway, the Pyramid or the Valley Temple?"

According to those who propose the Causeway As A Transport Conduit Theory, the causeway must have been built first in order to allow easier access from a harbor to the pyramid site in the construction phase. After completion of the pyramid, the Mortuary Temple and Valley Temple were then constructed.

Proponents of the Causeway As A Processional Way Theory maintain that the causeway was used by a retinue of followers of the dead pharaoh who marched from the Valley Temple up to the Mortuary Temple where they engaged in some sort of religious observance.

The problem here is that the causeway just begins abruptly. It does not continue past the Valley Temple. There is no possible egress from the VT to the causeway. The causeway finishes at the most solid part of the VT and does not even match up with the VT ground plan. As well, the base of the VT has been excavated lower than than the causeway making any access to the causeway even more difficult.

The argument that this causeway was a Processional Way does not pass the test of logic. 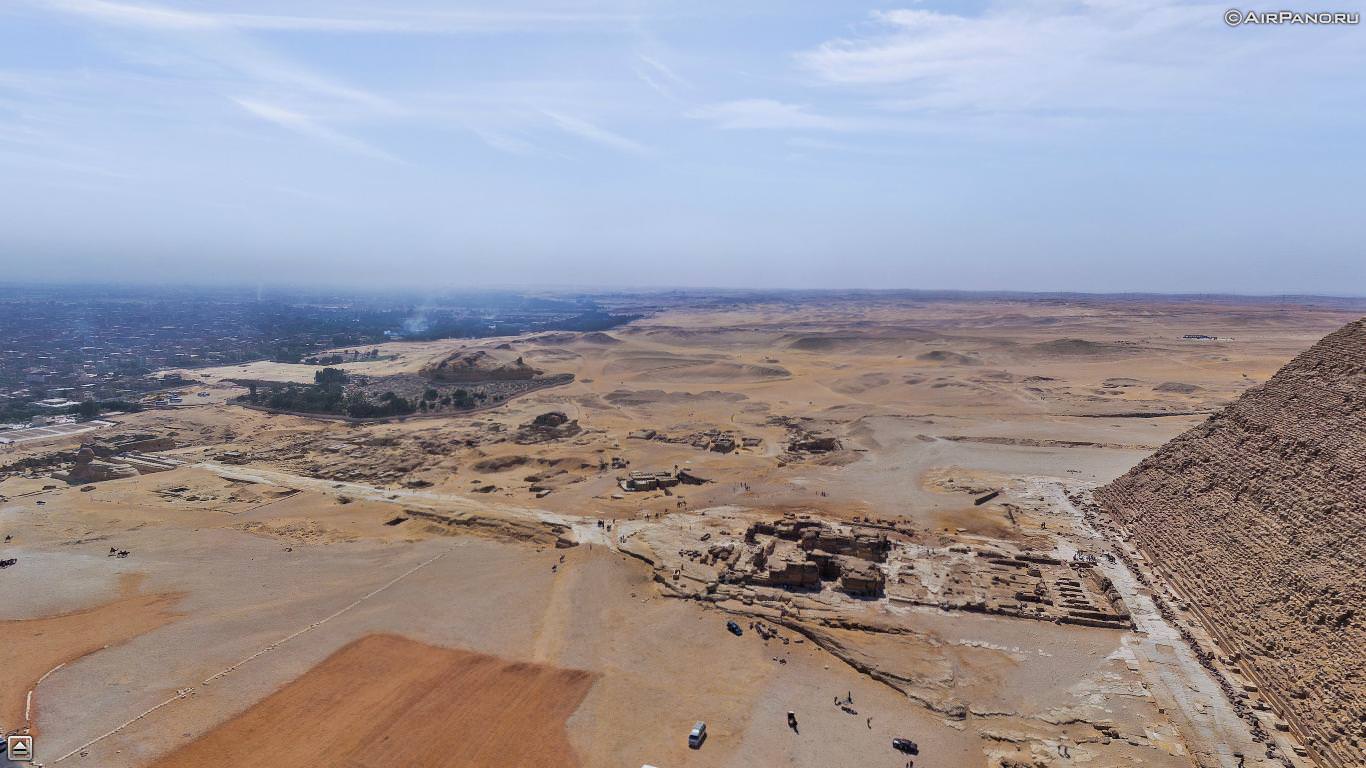