Mysteries :  The Official GrahamHancock.com forums
For serious discussion of the controversies, approaches and enigmas surrounding the origins and development of the human species and of human civilization. (NB: for more ‘out there’ posts we point you in the direction of the ‘Paranormal & Supernatural’ Message Board).
Welcome! Log In• Register
Go to: Forum Home•Board•New Topic•Search
Hor Us and Hat Hor
Author: Barbelo ()
Date: May 19, 2018 03:01AM

Quote
Keep in mind the tree they found at this garden complex was a cypress tree most likely from the Levant. So to ask again, why the change from Horus to Hathor....


I'm not sure that the two are mutually exclusive. Perhaps two complementary halves of a whole.

There are numerous myths regarding the genealogy of Hor Us. In one of them, Hat Hor is his wife. The union is important.

Hor Us, as Her Ur (Horus the Elder), is one of the oldest of the AE gods and is referred to as the God of Light. In his later incarnation, Hor Us is often depicted as a falcon with one eye as the Sun and the other eye as the Moon, and his name means "one who is above."

Hat Hor is often referred to as the Cow Goddess, not because of any fertility connotation, but because she represents the Moon - the crescent moon morphing into the curved horns of a cow in AE iconography.

In the images below Hat Hor is depicted as an anthropomorphic male/female with the Sun/Moon symbol on her head with the rising cobra - the Uraeus. Hor Us is depicted as the god Khonsu/Thoth. The symbolism is evident.

This symbolism, I would suggest, is connected to most ancient of the Mysteries which originated in Mesopotamia and which later flowered in India as the union of Shakti, represented by the Moon (from below) and Shiva, represented by the Sun (who resides above). The act of union occurring through the rising of the Serpent Power, known as Kundalini. 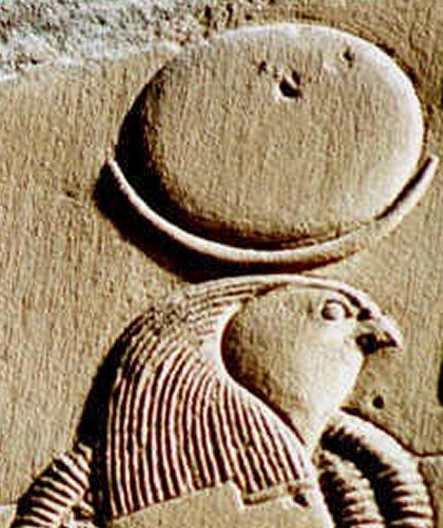 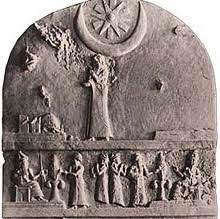