Mysteries :  The Official GrahamHancock.com forums
For serious discussion of the controversies, approaches and enigmas surrounding the origins and development of the human species and of human civilization. (NB: for more ‘out there’ posts we point you in the direction of the ‘Paranormal & Supernatural’ Message Board).
Welcome! Log In• Register
Go to: Forum Home•Board•New Topic•Search
Causeways And The Sun
Author: Barbelo ()
Date: May 14, 2018 04:29AM
Were the causeways of Ancient Egypt really practical constructions for utilitarian use?

Are the angles of the causeways of the Giza Pyramids coincidental? 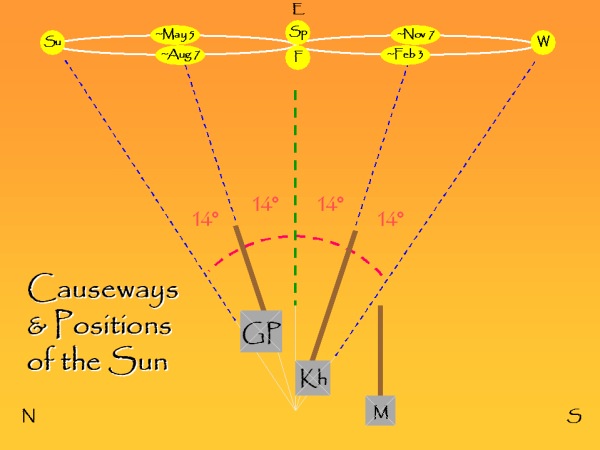 If the causeways are simply pavements for transporting materials, then why are they set at specific angles of 14 degrees North and South for Khufu and Khafre, and 0 degrees in the case of Menkaure?

There are very few remaining sections of any AE causeways for research, but Unas gives some insight into their appearance. 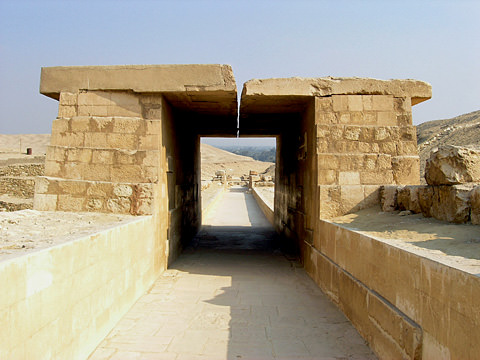 If the function of a causeway was for the purpose of moving blocks, stones etc., then why cover it?

"here passed ten years while the causeway was made by which they drew the stones, which causeway they built, and it is a work not much less, as it appears to me, than the pyramid; for the length of it is five furlongs and the breadth ten fathoms and the height, where it is highest, eight fathoms, and it is made of stone smoothed and with figures carved upon it. For this, they said, the ten years were spent, and for the underground chambers on the hill upon which the pyramids stand.

Herodotus: Second Book of The Histories"

The remnant of the Unas causeway bears similarly styled motifs.

The Temple at Abu Simbel allows a ray of the Sun to penetrate to its rear wall on only two days of the year which are important dates in the reign of Ramesses 11. 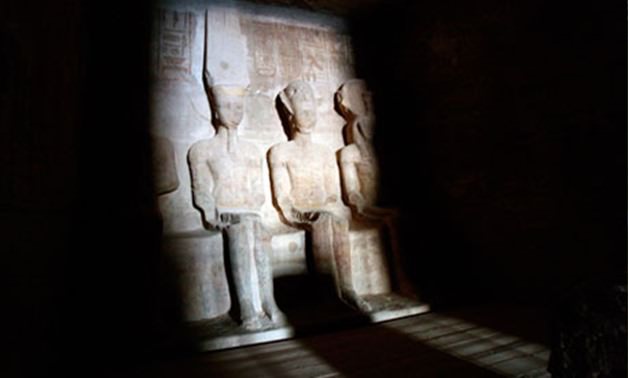 Quite possibly, the "causeways" at Giza were covered and similarly are solar indicators of important dates for reasons solely known to the intelligentsia of Giza.

The fact that each causeway ends in a temple near each of the pyramids lessens any utilitarian reason, and the fact that the causeway of Khufu actually runs over a cliff renders it highly impractical as a means of transporting materials easily.

Quite possibly, the painting and motifs were added at a later date by a culture unfamiliar with the original use of the causeway, and also, quite possibly, there is no connection between the pyramids and the causeways, but it was the temple which was the focus of its construction.

The fact that the Mortuary Temple of Menkaure actually abuts the Pyramid indicates that the temple, although highly eroded, may postdate the pyramid, which brings into question the funerary aspects of both pyramids and temples, at least in their initial concept. 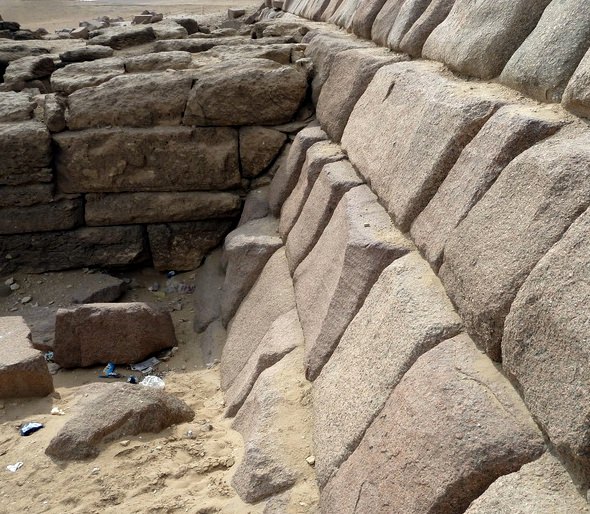