Really? Who used rocks to hammer out those blocks of limestone? Who moved the stone to a sled to drag it to the 'pick up site' 1-200 meters away? Who loaded all those stones onto the funicular, who secured them, who loaded the water into the deadweight, who had to set the brake after the stones lurched forward - who replaced the fibre cables after they snapped two or three times a day? Who pulled the counterweight up 14 times. Hours and hours later who unloaded the stones, who moved them to the other funicular, who loaded them into that and who woundered how they would get it over the water collection device wall?

they raised
> two or three stones from the quarry to the pyramid
> base every 8 to 10 minutes.

Not with the crappily slow system you just described. Seriously do you need to do a time and motion study. You of course won't because you don't do experiment - you just imagine?

> The entire crew
> usually consisted of a "ferryman", "boat
> operator", two "handlers", and a laborer kept busy
> hauling proto-pulleys to the quarry or keeping the
> area clean.

Really they could move 16 tons of stone with that group huh? Who dragged it from the quarry? Who loaded it? See above.

> I suppose to some people it would make more sense
> to put numerous teams of highly superstitious and
> moribund stone draggers to the task of dragging
> stones up the ramps.

Yep that would far far faster that the method you describe. One pulls them up the ramp out of the quarry and goes straight to the pyramid. No delay, timely, safe. 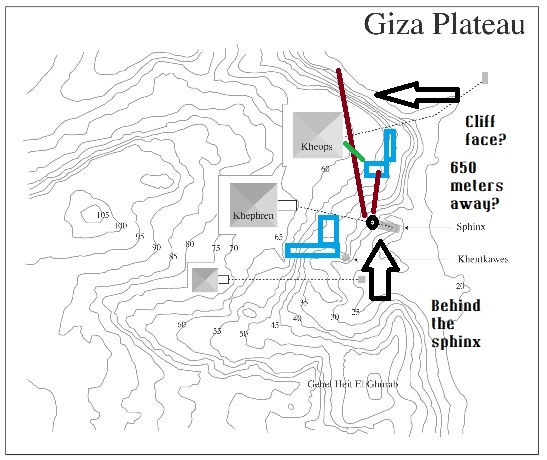 You'd need one team arriving
> every three minutes so you'd need approximately
> 20 teams of men doing back breaking labor instead
> of sitting in the shade filling counterweights and
> drinking cool effervescent water in the desert
> heat.

You have absolutely no clue do you Cladking? lol