Mysteries :  The Official GrahamHancock.com forums
For serious discussion of the controversies, approaches and enigmas surrounding the origins and development of the human species and of human civilization. (NB: for more ‘out there’ posts we point you in the direction of the ‘Paranormal & Supernatural’ Message Board).
Welcome! Log In• Register
Go to: Forum Home•Board•New Topic•Search
Re: ADD
Author: Scott Creighton ()
Date: January 25, 2018 04:13PM

Origyptian: Regarding Gardner, I am sometimes reluctant to look up something by an author and accept it as fact without knowing the basis for that author's conclusion, especially when disagreement about what is published is expressed by others, or when what the author published doesn't seem to align with other cognate evidence.


Indeed, we should be cautious about simply accepting what we are told by academia. This is not to say that academia does not have its place - of course it does. But with ancient Egypt we are dealing with a culture that is totally alien (that's 'alien' with a small 'a') to ours; a culture whose very language was lost to us for thousands of years. Certainly scholars can get a sense of a particular glyph's meaning, particularly from the context in which it is presented. But often they are not exact interpretations and on other occasions interpretations are given as approximations because there is no such equivalent word in our modern language.

The above sign (O51 and variants) is categorised by Gardiner under 'Buildings, Parts of Buildings' and is assumed to be a 'granary'. It is also described thus:

But, imo, Gardiner's interpretation is not exact . He was certainly in the general ballpark but didn't, imo, quite nail exactly what this particular sign represents. In my view this sign represents a HAYSTACK (see below): 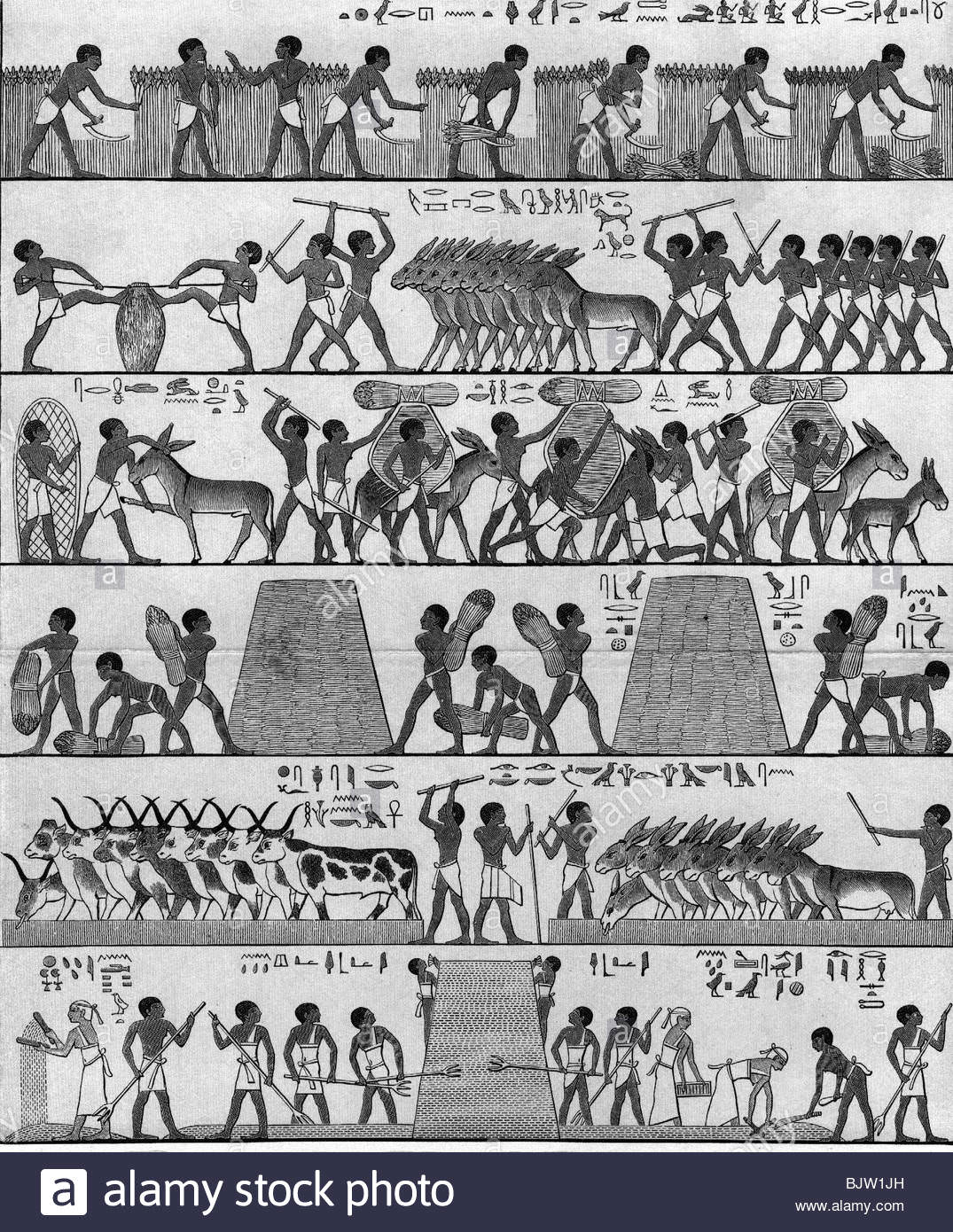 I suppose a 'mound of grain on a mud floor' (as per Gardiner) can be regarded as an approximation of what the above sign (O51) means but when we understand that the sign is actually a HAYSTACK (standing in a furrow) then we get a better, much clearer sense of what is being said when this sign is used.

Given this small example, we must be permitted to wander - just how many other signs have academics interpreted only as an approximation of its true meaning and how would it change our understanding of a particular text if the precise meaning was known?