Mysteries :  The Official GrahamHancock.com forums
For serious discussion of the controversies, approaches and enigmas surrounding the origins and development of the human species and of human civilization. (NB: for more ‘out there’ posts we point you in the direction of the ‘Paranormal & Supernatural’ Message Board).
Welcome! Log In• Register
Go to: Forum Home•Board•New Topic•Search
Re: Neferirkare Kakai
Author: Thanos5150 ()
Date: November 30, 2017 03:13AM
As an aside, though not necessarily related to the OP, are 2,000+ scraps of writing found in the 5th Dynasty, much of it in hieratic script, collectively known as the "Abusir Papyri".

"The archive details the complex administration of the temple, including rotas for all temple duties, records of monthly inspections and audits, and maintenance records." 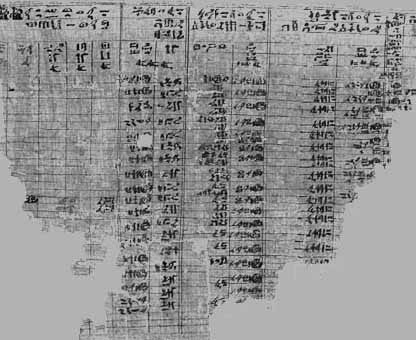 The papyri were found as part of funerary cult records in the temple complexes of Neferirkare Kakai, Neferefre and queen Khentkaus II spanning a period of about 24yrs ending in the reign of Djedkare Isesi. Djedkare Isesi was an interesting fellow who seems to have had a particualrly long reign, perhaps as much as 40yrs. As mentioned before, Djedkare Isesi did not build a Sun Temple as the 5th Dynasty pharaohs before him had and appears to have favored a policy of governmental decentralization which some Egyptologists believe was partly to blame for the collapse of the Egyptian state in the 1st Intermediate Period.

Of relevance to the OP (Wikipedia for convenience):

Egypt entertained continuing trade relations with the Levant during Djedkare's reign, possibly as far north as Anatolia. A gold cylinder seal bearing the serekh of Djedkare Isesi together with the cartouche of Menkauhor Kaiu is now on display at the Museum of Fine Arts, Boston. The seal, whose gold may originate from the Pactolus river valley in western Anatolia, could attest to wide-ranging trade-contacts during the later Fifth Dynasty, but its provenance remains unverifiable.

Trade contacts with Byblos, on the coast of modern-day Lebanon, are suggested by a fragmentary stone vessel unearthed in the city and bearing the inscription "King of Upper and Lower Egypt, Djedkare [living] forever". A biographical inscription discovered in the tomb of Iny, a Sixth Dynasty official, provides further evidence for an Egyptian expedition to Byblos during Djedkare's reign. Iny's inscription relates his travels to procure lapis lazuli and lead or tin for pharaoh Merenre, but starts by recounting what must have been similar events taking place under Djedkare....

Not all relations between Egypt and its neighbors were peaceful during Djedkare's reign. In particular, one of the earliest known depictions of a battle or city being besieged is found in the tomb of Inti, an official from the 21st nome of Upper Egypt, who lived during the late Fifth Dynasty. The scene shows Egyptian soldiers scaling the walls of a near eastern fortress on ladders. More generally, ancient Egyptians seem to have regularly organised punitive raids in Canaan during the later Old Kingdom period but did not attempt to establish a permanent dominion there