Mysteries :  The Official GrahamHancock.com forums
For serious discussion of the controversies, approaches and enigmas surrounding the origins and development of the human species and of human civilization. (NB: for more ‘out there’ posts we point you in the direction of the ‘Paranormal & Supernatural’ Message Board).
Welcome! Log In• Register
Go to: Forum Home•Board•New Topic•Search
Re: Cladkings - Geyser -"Funicular" and PT Interpretation - DEBUNKED
Author: Steve Clayton ()
Date: February 25, 2018 06:21PM
I worked hard, to illustrate how water could be lifted from the Nile to the top platform. In hind sight, it was a wast of time. That topographical map shows clearly, even today, if you followed the blue terrain, and sealed the bottom / sides of the canal, you would be able to deliver water to the backside of Khafrey's Pyramid. There is plenty of evidence The Giza Plateau experienced water erosion. They also built those enclosures for a reason. To hold water. To operate a Funicular, you need water.

Once you understand the enclosures held water, the rest falls into place. You now have all the mechanical weight to operate the Causeway, which was used as a simple Funicular system. Instead of men pulling ropes and stones, you have a water vessels on a 4.6 incline (causeway) performing the labor, Gravity. Using ropes to lift the stones can be done in one of two ways. Running the ropes internally, or on the casing stones externally. You would need to be able to attach and detach each vessel/sled which have stones on top of 50% of the empty vessels. It's like a ski run.

They used a towline. 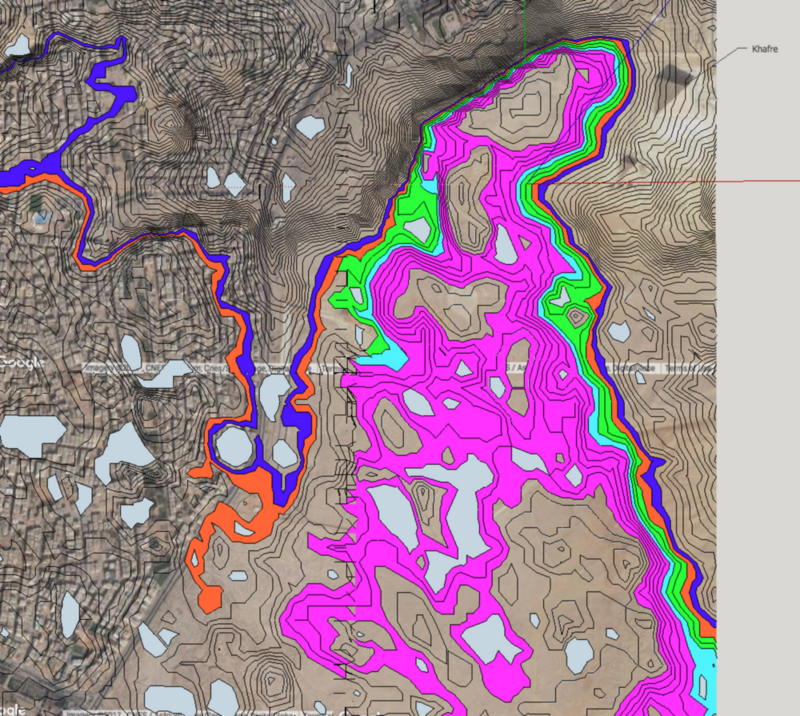 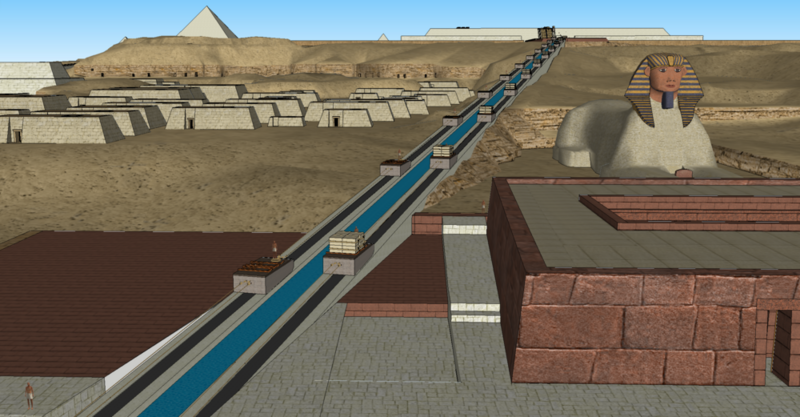 If the Pyramid enclosures held water. Gravity, a long causeway (incline plain), and a revolving towline, built the Pyramids. They floated vessels/barges with stones down the Nile, and entered the sloop, where they then attached rope to the vessels. This vessel carried the stones up the Causeway until reaching the Pyramids base. Here, the vessel was unattached and reattached on the opposite rope line. That vessel, which contains no water, is now pushed over to the other line, and reattached heading downward. Once it is in position at the top of the causeway, it is filled with water until the entire line begins to move again. The skid of stones, is attached and now travels upward. The vessels can be drained and refilled of water. The system is in and out of equilibrium, each time a vessel reaches the base of the Pyramid. The Towline stops and starts while progressing approx. 60 - 80 ft.

In this picture, they are making rope slings.