Mysteries :  The Official GrahamHancock.com forums
For serious discussion of the controversies, approaches and enigmas surrounding the origins and development of the human species and of human civilization. (NB: for more ‘out there’ posts we point you in the direction of the ‘Paranormal & Supernatural’ Message Board).
Welcome! Log In• Register
Go to: Forum Home•Board•New Topic•Search
Re: Perhaps it was Isis!
Author: MDaines ()
Date: November 05, 2017 05:57PM
Hello Eddie,

I would hope there are still a lot of carpets being woven manually in Turkey and elsewhere. What a shame it would be to completely lose those skills to the history books. Machines just don’t have the soul and that shows.

The question of Thoth or Isis as the weaver doesn’t bother me much. The ibis figure from a Sumerian viewpoint would be IB, symbol of the feather of MA, the weighing of the heart, but not only. I also have IB down as ‘cloud’ and even as an ark in the sky. For me, Isis is a name given to one aspect of the Matriarch in relatively recent times in Egypt. The concept of the cosmic net, known in ancient times, is the important element. The spinnekrok goes a long way to validating that weaving is an essential part of the stories given on the walls of the old Egyptian buildings, whoever may be holding it. Has this been missed? It seems so. 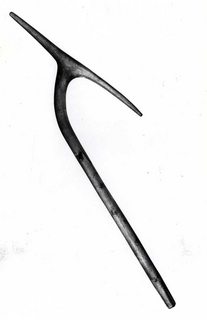