So you think the location it's found among all the other tombs directly around it that point to the 4th Dynasty is "irrelevant" as to its provenance? Did you ever look to see the artifacts they found inside of it as well, or the architecture, which maybe is part of all that stylistic "mumbo-jumbo" Flentye was talking about? Of course, this is meaningless. Here, let me get you started.

> YOU brought it up as evidence for such. Now you
> say it's irrelevant. Make up your mind.

No Audrey. Even Origyptian understands the minutia of his familial ties to Khufu is irrelevant regarding the provenance of the Merrer diary.

Not really. The only reason you are taking this tack is to support Origyptian's argument, as usual, that the Merrer diary doesn't belong to the 4th Dynasty and contradict any argument against it. The lot of you didn't even know who Ankh-haf was or his significance in Merrer's diary until I brought it up months ago (ignored then), yet now all of a sudden you are all over it trying to deny Ankh-haf even belongs to the 4th Dynasty? How many times have we seen this before. But if you do have an original thought of your own, please, go on....

> I think the dating of Wadi al-Jarf is
> circumstantial, not a drop of science to support
> it. It's dated by the Khufu cartouche, period.

> Why don't they carbon date something to back up
> their suggestions?

You mean like the 700+ samples taken from the predynastic through the OK which clearly place their provenance in the 4th-3rd millenniums? Again, good to know the whole "science" thing is finally catching up with you.

> A house of cards waiting for a breeze.

> Grasping at straws, guesswork. That's why they
> can't decide who the father was.

So I guess this means the tombs must date to the NK then. Good work Audrey.

> Now if they only had some proof of who Khufu was.
> And don't give me that 'context' crap. The context
> was gathered after the fact to bolster
> their guesses.

> How is it well attested? What else attests it
> other than it's distance from something, which is
> no standard at all.

If this is all you think it is I can't help you. No one is claiming the KFC across the street was built in the 4th Dynasty-why do you think that is?

> This may be good enough for
> you, but for others it is nothing.

The difference is that all it is these "others" know (if that) is that it sits next door and otherwise know nothing else about what connects them. Bravo-got me there. And these "others" would include the dynamic duo of who-you and Origyptian? Well, hot damn. That may be good enough for you, but sure as hell not enough for me nor anyone else not named Jon or Cladking here I suspect.

> Not a drop of
> science, only conjecture that is touted as fact.

Audrey, the new champion of "science". And if RCD said it dated to the 3rd millennium then rest assured your narrative would only be something else to naysay the provenance.

> Can you explain that?

> Can you tell us WHY there is
> no discrepancy?

Audrey, you cite multiple papers to contradict the opinion Ankh-haf is related to Khufu in some way yet ignore the fact not one word of it contradicts your greater point that you believe he does not date to the 4th Dynasty. You cherry pick-quotes to serve your narrative then ignore the rest in that otherwise there is no discrepancy as to the 4th Dynasty date of Ankh-haf. But please, quote one of your sources that supports this idea.

> Don't recite Egyptology, tell us
> exactly why there is no discrepancy. Let's hear
> some detail and not generalities like "well
> attested".

So I am to thank you for reciting papers written by Egyptologists you cherry pick from out of context to support your otherwise unsubstantiated beliefs, yet if I were to quote them myself to support the opposing view then it is I that is somehow the lesser for it? I believe that's called "irony" among other things, but rest assured we can at least count on me to quote them accurately and honestly if and when I do.

The simple truth is that you are not worth my time to write an expose regarding the context of the eastern cemetery and interconnectedness of the artifacts and architecture that no doubt you will surely not understand anyways and argue with me about it all the same. I'd say once in a week is enough. But since you are the one with such doubts, please tell us why the eastern cemetery and/or the people found in it do not belong to the 4th Dynasty. Feel free to cite all of the Egyptology you like. Here, let me get you started: 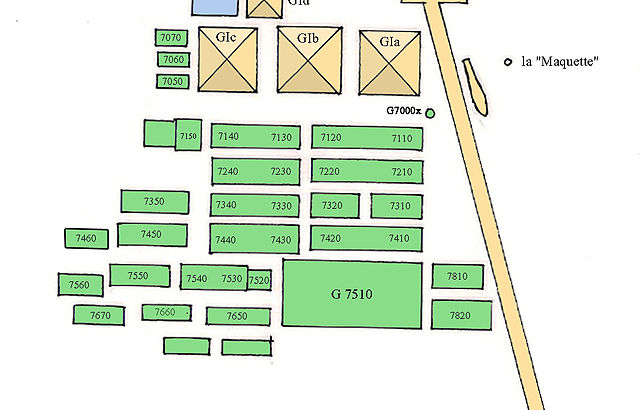 Hint-the big one at the bottom labelled G7510 would be Ankh-haf's.

Some quip to follow how it is I who am not worth your time? You'd be right.

> There really isn't anything about you that is alt.

If the measure of such is the likes of yourself, Origyptian, Cladking et al, then I take that as a high compliment.

> You continually recite the status quo

Origpytian's attack parrot says what? If by "status quo" you mean the truth then yes, I agree. Wow, two compliments in one day. Your insults by way of saying the opposite of what you know is the truth because you think that's what will get under the other person's skin the most is quite tired at this point. Though you feel it clever, to the rest of us it's just plain dishonest which is a reflection of your character, not ours.

I fail to see how calling out belligerent intellectual frauds for what they are is an "insult". The real insult is that the rest of us have to suffer it in the first place. And given these are the people you have cast your lot with and defend like a rabid dog every day, despite the fact I know you know they are full of shit- what does this say about you? It's ok to be willfully ignorant intellectual frauds because they are on your "team"? Sounds like some of these "higher standards" we've heard so much about.

> Personally, I think Egyptology's
> standards are so low they barely exist beyond
> their pottery catalog.

And neither do yours apparently.