From reading it. I am just repeating what it says.

> There are no
> explicit statements about seeing or building any
> pyramid

I never said anything about "building it", though it is implied and no reason whatsoever to think they did not, but do you think Weni transported these loads of granite items to the pyramid(s), but didn't actually see it? Strange.

> or even acknowledging that any pyramid was
> man made.

Gadzooks. There you go with the AE not knowing it was man-made thing again. Amazing. No, I stop when the crazy begins. Not going to do this any more with some of you as it discredits me for being a part of it and regardless have no interest. No thanks.

Compare to Pepi I, also one of the pharoah's Weni worked for: 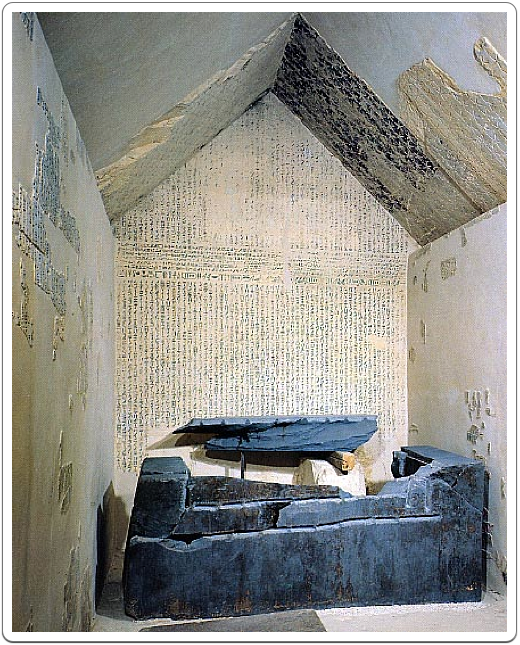 These would be examples of the kind of sarcophagi Weni speaks of that were transported from the southern quarries.

So Egyptian queens received pyramids too:
> they ranked close enough to their husbands to
> deserve a lot of resources being put into their
> burial. One should not, however, claim anything
> like complete equality. After all, Uni did not
> work for the queen — it was Pharaoh who ordered
> him to act — and the pyramid was named after her
> husband. More basically, another thing Pharaoh’s
> government did is furnish burial materials —
> like a sarcophagus — for members of the royal
> family.


To wrap this up, and to repeat myself, the first few times he mention the pyramid he says "of the queen", which does make it appear these objects are for the queens tomb though not necessarily for her own pyrmaid. The latter few times he leaves this off which equally means the rest would be for the king's pyramid. It would seem, like I said, he is reffering to both the queen's tomb and his own pyramid. "Burger's" (whoever the hell that is) statement does not discount this and to quote Breasted of the same passage:

The exact place and meaning of the last three words ["of the queen"] are uncertain; possibly they refer to a burial place of the queen in connection with the pyramid.


It would seem Breasted agrees with me.