Favored over Cygnus Audrey. Origyptian asked me if I had a preference between the Orion and Cygnus theories.

"Orion is a prominent constellation located on the celestial equator and visible throughout the world. It is one of the most conspicuous and recognizable constellations in the night sky....

The distinctive pattern of Orion has been recognized in numerous cultures around the world, and many myths have been associated with it."


I do not believe they are referencing Bauval.

> Take a look
> at the pics below, and keep in mind that Thuban is
> a tiny star with a visual magnitude of 3.65.
> Compare with Rigel (in Orion) with a magnitude of
> .15. I honestly think Thuban being tiny and not
> very bright, would not be seen from inside the DP
> without binoculars even if it were centered in the
> opening.

For various reasons, the least of which poor visibility, the idea the DP's were "telescopes" after the pyramid was completed is probably unlikely. You and I figured that out 2yrs ago with a wood frame and a bucket.

> And why, if all DPs are at almost the same angle,
> why didn't they make them all exactly the
> same angle if they were aiming for Thuban? Why
> weren't they consistent?

If true, the idea as I noted, and I think Origypitan as well, is this may indicate the different times in which they were built perhaps centuries apart.

> Thuban is in the Draco
> (dragon) constellation. Draco or the serpent is an
> old constellation, wouldn't this icon be prominent
> in the OK if Thuban were important to them?

The serpent is the very symbol of Seth, the God of Upper Egypt, and is part and parcel of AE culture from pre-dynastic times. 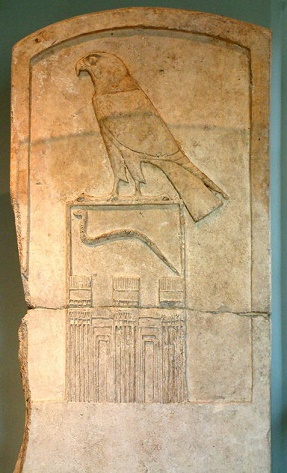 The famous "serpents" of Saqqara:

The Uereus, the serpent, is the very symbol of the phaorah:

> And
> what are we to do with all the Bull iconography?
> Does it point to construction during the Age of
> Taurus?

Depending on the source, the age of Taurus began at its earliest c. 4525 BC and ended at the latest c. 1875BC in which Thuban would have been the pole star for nearly the entire extent.

> This is the sky the ancients saw. Can you find
> Thuban in this photo?

No, but no doubt an ancient astronomer could, not to mention one relying on generations of experience, which given the AE in particular were keen on on watching the celestial pole, the stars closest to it would have been of particular interest.

Regardless, Thuban is explored as a possibility which we know even from our discussion 2yrs ago has its share of flaws. Its ok if the idea doesn't work out, which is more likely at this point it doesn't, but at least an effort is being made to find way which may date these structures.