> You admit you can't prove the
> provenance of the inscription.

You have yet to tell us what evidence you would accept as “proof” of provenance, despite my making it abundantly clear that this is required of you.

Some information for you, Doctor, which your education to doctoral level appears unaccountably to have neglected: “proof” is what we find in logic and mathematics. It is not to be had in the empirical realm.

Odd to find someone who fancies himself a maven in these matters using the word in its demotic sense, blissfully unaware that it might be problematic.

How often, Doctor, do we have “proof” of the provenance of anything? What would constitute such “proof”? Give us an answer and we will decide if your demand is a reasonable one or merely an evasion, contrived to be unmeetable. Failure to answer will tell its own story.

The only “proof” in the case is the character of the thing (and we see below that you allow this to count, when you imagine that it supports your naysaying). It is plainly, prima facie, an ancient Egyptian object. We are even told who made it: the upper part has a text which reads, “Made by the clever scribe, Mentu-her” and the lower has “Made by the Scribe, Ka-Mut-nekhtu, Justified”. (Pity they didn’t specify the reigning monarch, but if they had done, he’d quibble about it.)

The choice is stark: ancient Egyptian, or forgery. Are you telling us, Doctor, that Doctor Selim Hassan forged this object?

If not the object itself, then what? Some separate record? If we had it, he’d want “proof” of its provenance—and here we have an infinite regress which makes the demand unmeetable in principle.

> You admit it was likely not from the
> Old Kingdom.

He says he’s following and he can’t read this:

NO ONE IS CLAIMING AN OLD KINGDOM ORIGIN FOR THIS TABLET

Why are you still blathering about the Old Kingdom? I remind you (yet again) of your own (stupid) words:

“Regarding Herodotus, it is indeed conspicuous that there’s no documentation during the millennia before him in any of the inscriptions, paintings, or artifacts that make the slightest mention of any pyramid at all, let alone the notion that they were man made.”

You took this beyond the Old Kingdom yourself.

Unlike you, I’ve been clear throughout on which claim I am addressing. How does saying what I’ve said from the start become an “admission”? In your muddled dreams, Femano.

> The author acknowledges the tablet has
> modern artistic features.

. . . and the same author, the forger of the piece, Doctor Selim Hassan, stupidly gave it these features and then stupidly drew attention to them.

If not that, Doctor, what’s your point?

Here we see how he will allow selected features of the piece to count as evidence on its provenance, when he imagines (in his muddle) that they support his naysaying.

Hassan’s “drawn according to the rules of modern perspective” is an exaggeration. It departs from the older conventions, as does other ancient Egyptian art, notably that of the Amarna style (but not just Amarna). After Amarna, there was a return to convention, for reasons more ideological than artistic. It would surely be an enormous mistake to suppose that artists who followed the conventions (and scribes of a pictorial script were of necessity artists) were incapable of doing otherwise.

Some notable examples of things in front of other things in New Kingdom art: 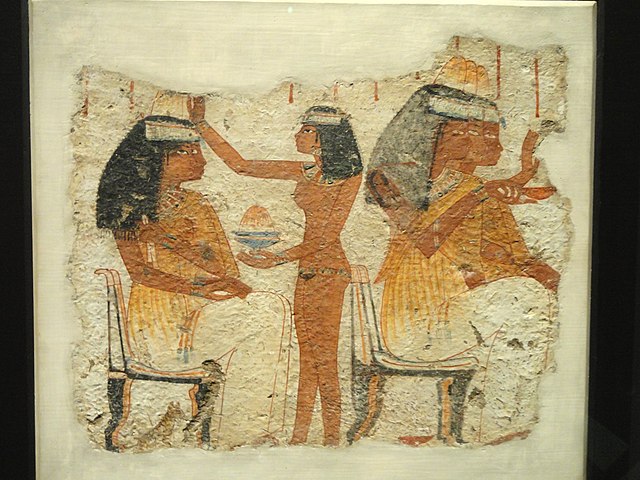 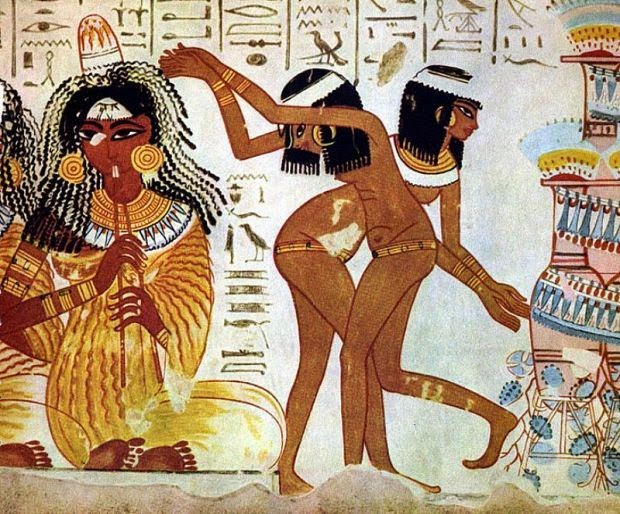 Yet somehow the obviously ancient Egyptian (and New Kingdom?) character of the piece is not allowed to count and is airily wished away, in order to maintain in the face of evidence and sanity this idiocy:

“Regarding Herodotus, it is indeed conspicuous that there’s no documentation during the millennia before him in any of the inscriptions, paintings, or artifacts that make the slightest mention of any pyramid at all, let alone the notion that they were man made.”

The remainder of Doctor Femano’s squalid, lying trolling is omitted.