Mysteries :  The Official GrahamHancock.com forums
For serious discussion of the controversies, approaches and enigmas surrounding the origins and development of the human species and of human civilization. (NB: for more ‘out there’ posts we point you in the direction of the ‘Paranormal & Supernatural’ Message Board).
Welcome! Log In• Register
Go to: Forum Home•Board•New Topic•Search
Re: Khufu's Boats-How Did They Get There if Giza Was Built Before the Dynastic Period?
Author: Thanos5150 ()
Date: September 04, 2016 05:03PM
Hello Dennis.

Yet, in principle, this is how they did it for hundreds of years before and after. Apparently they never thought it was a good idea to build a long tunnel and underground chamber to bury the boat.

> Were the boat people the same as the G1 builders?

We need to keep in mind that burying boats is not unique to Giza dating back to the beginning of Dynastic Egypt, a practice that in part helped define the Dynastic period itself. Dozens of early dynastic boats have been found at Abydos, Helwan, and Saqqara.
Dynasty 0/1st Dynasty, Abydos: 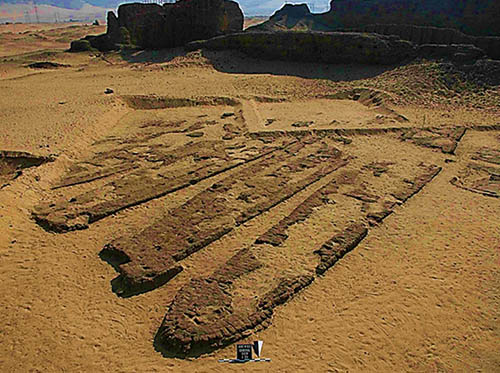 Early Dynastic boat pits were dug out then elaborately lined and covered with mud brick: 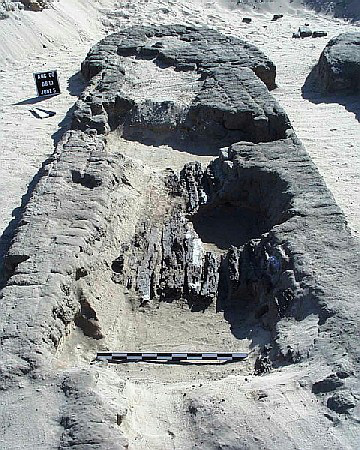 Just like AE culture and stoneworking technology at large, the boat pits found at Giza, and the boats themselves, obviously represent a progression of ability.